Iran conservatives reject cooperation with US against IS

Conservative Iranian figures and media outlets have resoundedly rejected the idea of Iran joining a US-led coalition against the Islamic State. 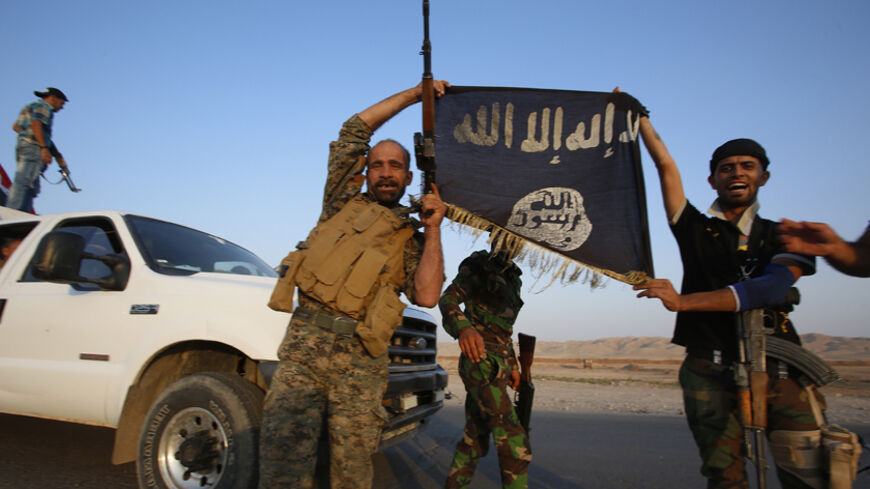 The question of cooperation between Iran and the United States against the Islamic State (IS), which controls large swaths of territory inside Syria and Iraq, is once again the talk of Iranian media, with conservative outlets and officials speaking out against such a venture.

“Such a cooperation is in no way possible,” said the deputy chief of staff of the armed forces, Massoud Jazayeri, when asked by Fars News Agency about the possibility. “The reason for this is that Iran stands against [IS], but America created [IS].” Iran is currently cooperating with Kurdish and Iraqi forces fighting against IS inside Iraq.

Ayatollah Hashemi Rafsanjani became the latest Iranian official to speak in favor of cooperation between Iran and the United States on Sept. 8. When asked by Danish Channel 2 News reporters, who had accompanied the Danish foreign minister to a meeting with Rafsanjani in Tehran, about the matter, Rafsanjani said, “If America shows honesty, cooperation is possible.”

However, during a press briefing on the same day, US State Department Spokesman Jen Psaki responded to a reporter’s question that Iran was not included in a 40-country coalition to fight IS.

Conservative newspaper Vatan Emrooz was quick to cover the apparent snubbing of Rafsanjani in an article headlined, “Psaki’s no to Hashemi.” (Rafsanjani is commonly called Hashemi in Iran). The article read that Rafsanjani’s comments and the subsequent positive coverage by media connected to the administration of President Hassan Rouhani showed an inclination toward cooperating with the United States.

Vatan Emrooz reported that despite Rafsanjani’s criticism of US policy and his support for Iran's ongoing efforts to fight IS in Iraq, he has “repeatedly taken the wrong position on regional events.” The article claimed Rafsanjani had referred to Syrian President Bashar al-Assad as a dictator and criticized Rafsanjani's warning that Assad could meet the same fate as deposed dictator Saddam Hussein.

Conservative website Javan Online gave several reasons why Iran would not join a US-led coalition against IS. The first was that the United States and its allies were the prime supporters of this group in Syria, and now want to fight against it and build a coalition. The second reason was “Iran’s bitter experience of cooperation with the US in Afghanistan.” The article stated that the United States had received Iranian intelligence to fight the Taliban in 2001, and then declared victory for itself and immediately referred to Iran as part of an “axis of evil.”

The third reason, Javan claims, was that the United States is not serious about fighting IS and is condoning terror by ignoring the “genocide against children in Palestine, activities of the terrorists of the Free Syrian Army … and terrorist activities in eastern Iran.”

The fourth reason was that there is no long term plan to fight terrorism in the world. The article stated that the presence of terrorism is used to justify a US military presence in the region, which in turn adds to the arms race, which only “takes money from the pockets of Muslim countries and puts it in the pockets of arms manufacturers in the West.”