New alignment offers the potential for breakthrough in the battle against extremist groups; the Arab world has a pulse, not an illness. 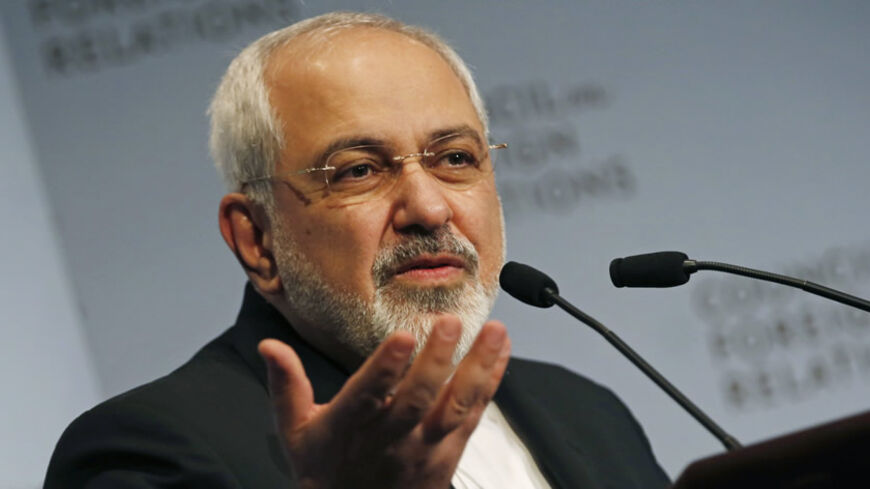 Last week, this column, picking up on US Secretary of State John Kerry’s remark to the UN Security Council on Sept. 19 that Iran has a role to play in the coalition against the Islamic State (IS), suggested, “While the Obama administration has ruled out an alliance with Syria, Iran could be a bridge to Damascus within an international coalition against IS and in a subsequent political transition in Syria.”

This week, Reuters, citing unnamed senior Iranian and US officials, reported that the United States had informed Iran in advance of airstrikes against IS forces in Syria and assured Tehran that it would not target Syrian government positions.

Another bridge to Syria and Iran has been Iraq, according to Foreign Policy’s The Cable and The Wall Street Journal. Iraqi national security adviser Faleh al-Fayyad traveled to Syria on Sept. 16 to brief Syrian President Bashar al-Assad on the “latest steps taken in this regard, as well as discussing upcoming steps and possible measures to ensure the success of these efforts and eliminate terrorist organizations in all their forms.”

Although the deputy chief of staff of Iran’s armed forces, Gen. Massoud Jazayeri, said that Iran’s nuclear negotiating team at the United Nations has no authority to discuss the campaign against IS, as reported by Arash Karami, it is an open secret that US and Iranian officials have been talking about just that on the sidelines of the nuclear talks.

Iranian President Hassan Rouhani, in his remarks at the UN, opened the door to even further collaboration against IS once a nuclear deal is reached, as reported by Barbara Slavin and Laura Rozen.

The United States and Iran cannot formally link arms in Syria, especially given the lack of progress in the nuclear talks. Iran has been an adversary and enemy, not an ally, and still supports and shelters terrorists, according to The Daily Beast.

Nonetheless, the trend to watch is the tentative emergence of what may be a truly regional counterterrorism coalition, with potential for a transformation in regional security, if managed carefully.

This column speculated back in January that the “new pulse” of the Geneva II process would be addressing the threat to counterterrorism in the region, with an essential role for Iran.

The Iran-Iraq-Syria axis provides a sectarian complement to the primarily Sunni Arab powers backing US airstrikes.

Iranian Foreign Minister Mohammad Javad Zarif, after meeting with Saudi Foreign Minister Saud al-Faisal on Sept. 21, spoke of “the first page of a new chapter” in Iran-Saudi relations, with consequences for many of the region’s most vexing conflicts.

Iran is in the fight against IS for its own interests, not to cull favor with the United States. Its efforts have won praise from Massoud Barzani, president of Iraq's Kurdistan Regional Government, who said at a press conference with Zarif on Aug. 27, “Iran was the first country to provide us with weapons and ammunition" to confront the IS advance toward Erbil.

While Zarif denied that Iran had provided any ground forces in Iraq, Gen. Amir Ali Hajizadeh, who runs the aerospace division of the Islamic Revolutionary Guard Corps (IRGC), said this past week that IRGC forces were directly involved in the defense of Erbil, according to The Associated Press.

Iran was instrumental in the peaceful transfer of the premiership from Nouri al-Maliki to Haider al-Abadi in Iraq, and in managing the presidential transition from former President Hamid Karzai to Ashraf Ghani in Afghanistan. Cooperation in Afghanistan may be more urgent than ever, given the recent surge in Taliban violence in that country.

There are alternative perspectives on Iran’s role against IS. For some observers, the prospect of any type of accommodation with Iran is so alarming that they suggest giving a kind of pass to Jabhat al-Nusra, al-Qaeda’s affiliate in Syria, which has aligned with other so-called moderate Islamist rebel forces, because of the perceived greater good of toppling Assad, and to assure Iran does not get an advantage in Syria.

Just a quick fact: Al-Qaeda, not Assad or Iran, was responsible for the terrorist attacks against the United States on Sept. 11, 2001, and until last year, Jabhat al-Nusra worked hand in hand with IS. The break between the two groups, both of which are designated by the United States and the UN as terrorist organizations, is the result of a power struggle, not a change of heart in either its hatred of the United States or its ambitions to impose Sharia in those areas it controls.

If there are US-backed opposition groups that are aligned with Jabhat al-Nusra and advocating a go-easy approach on the terrorist group, then perhaps the United States should reconsider funding those "moderate" groups. This column warned in December 2013 that the emergence of the Islamic Front among the opposition would be a “disaster for Syria’s opposition and future,” and here we are today with some in the Syrian opposition seeking to mainstream an al-Qaeda affiliate.

This should be a huge, neon warning sign about the perils of playing in opposition politics, where anti-Western jihadists, not pro-US democrats, carry the most sway.

The actions taken by Iran against IS to date contrast with what Turkey has done, or not done, until now against the terrorist group. The release last week of the 46 Turkish citizens held hostage by IS in Iraq may signal a new Turkish approach. Mustafa Akyol reviews polling data that reveals jihadism is a “marginal trend” in Turkish society.

Semih Idiz writes that Turkish President Recep Tayyip Erdogan will need to overcome some troubling caveats in Turkey’s policies to date against extremist groups and step up against IS:

“It's also not clear how the ruling Justice and Development Party’s Islamist roots will respond to active participation by Turkey against IS and other such Islamic groups, regardless of how radical they may be. Developments have shown, however, that Turkey is not as influential on its own in the region as it may have once thought, and that it has little choice but to move back to the multilateral track. This means it has no choice but to act with regional and global allies to confront situations that pose a danger to its national security.”

The trend toward a regional counterterrorism strategy is nascent and fragile, but — if managed carefully — has the potential, over time, of a breakthrough in regional politics, especially with a change in Turkish policies.

Despite the political constraints on Rouhani by hard-liners in Iran, his government is already taking its own initiative to battle extremists in the region and clearly signaling it is ready to do more. As Fareed Zakaria wrote this week: "When Richard Nixon and Henry Kissinger decided in the 1970s that Iran would be one of their 'regional policemen,' they did so out of recognition of Iran’s geostrategic importance, not simply because they supported the shah."

If Iran, over time, shifts from enemy to ally, beginning with a nuclear agreement and coordination in the fight against terrorism, then many of the region’s most vexing problems, including the role of Hezbollah, can be put in play. This column reported in February: “A discussion with Iran about Syria is a prelude to a broader discussion about Hezbollah, which is at the crux of the US tagging Iran as a state sponsor of terrorism.” That is the conversation that needs to be had during this transition. Given how far the US-Iran dialogue has already come, it is not out of the question to consider the potential of such a trend.

The trend toward a possible regional coalition against IS, under US leadership, could be the beginning of the end for the extremist force that, according to the latest US government estimates, number between 20,000 and 31,500.

While the threat of Islamic extremism will never be completely eradicated, there is a pulse among the peoples of the Arab world for a new politics, transparency and accountability from their leaders. The trend toward conflict resolution and good governance in the Middle East is fragile and not assured, but it can take hold if given a chance.

Look at Lebanon. More than two decades after a brutal sectarian civil war, the country today is a vibrant mosaic of its peoples and cultures. The leaders and groups that fought each other for decades now coexist, sometimes uneasily, but coexist nonetheless around a consensus on keeping the peace. It is fragile, for sure, but it is there. Lebanon’s universities maintain their reputation as a magnet for the best and brightest in Lebanon and the region.

Despite these nascent yet hopeful trends, there remains an approach to the region that pins the problems of the Arab world on its alleged “civilizational ills," implying Arabs have a cultural predisposition to tribalism, corruption and religious violence, as if these phenomena do not exist in other cultures and societies. These culturally driven essays make good copy, especially when written by someone from the region who employs an abundance of "history" and metaphor.

A more helpful, and truly analytical, historical approach to what is indeed a crisis in the Arab region would include an assessment of the effect of colonialism and the postcolonial experience on Arab societies; the impact of oil on the international relations of the region; the consequences of rentier economies in the Gulf; the role of outside, non-Arab powers including the United States, Russia, European countries, Israel, Iran and Turkey on the region’s politics; the impact of the creation of Israel and the Palestinian national movement; the influence of the Wahhabist tradition on current jihadist groups; the role of states, institutions and individuals, in and outside the region, which have backed the flow and emergence of these jihadist movements; and the economic and demographic trends that may shape the Arab region in the decades to come.

Arab civilization is not "sick"; its peoples are in the midst of a struggle for identity and democracy, where the forces of extremism command resources and influence. The people of the Levant love their culture, their cities and their land, and there is much to be proud of. There is no reason to believe the Arab peoples of the Levant will not reclaim their place in the world, as happened in Lebanon, with the assistance of an international community and region that is ready to put an end to those fringe groups that prey on the forces of division, not unity.