Iran nuclear negotiators have no 'authority' to discuss IS

Iranian Gen. Massoud Jazayeri said that Iran's nuclear negotiators only have the authority to conduct talks on the nuclear issue, and not the Islamic State, with US officials. 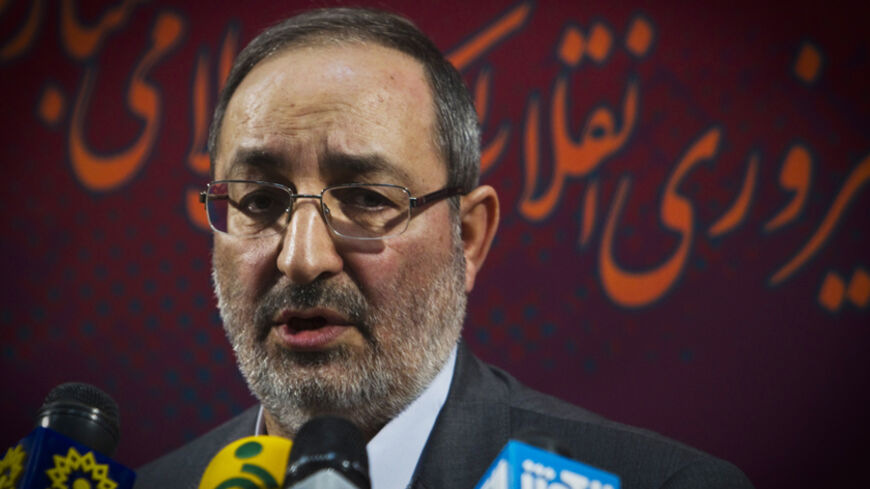 The deputy chief of staff of Iran’s armed forces, Gen. Massoud Jazayeri, said that Iran’s nuclear negotiators do not have the authority to negotiate on cooperation against the Islamic State group (IS) and can only negotiate on Iran’s nuclear program within a specific framework.

In an interview with Arabic news station Al-Alam, which is owned by Islamic Republic of Iran Broadcasting, Jazayeri was asked about reports that US officials had addressed the issue of IS on the sidelines of the nuclear negotiations that are currently taking place in New York and whether the Iranian negotiators have the discretion to conduct talks on IS.

“What I know [is] the Iranian delegation only has authority on the issue of the nuclear discussions, and that is within a framework that has been determined for them,” Jazayeri said. “Of course, it’s possible the Americans mention something about IS, but it’s not clear what the Iranian delegates' response will be.”

Jazayeri viewed claims that the United States has discussed the issue of IS with Iran as an US “attempt to gain legitimacy from the Islamic Republic” in its moves against IS. He added, “We explicitly state that America does not have the legitimacy to fight terrorism. Because the very moment that America states that it is fighting terrorism, its is training terrorists.”

There have been reports that Iran’s chief nuclear negotiator Mohammad Javad Zarif and US Secretary of State John Kerry have discussed the progress against IS on the margins of the nuclear negotiations. Iranian President Hassan Rouhani, who is in New York for the UN General Assembly, has also been meeting with European leaders, and the topic of IS will certainly be raised.

While there has been extensive media coverage of the meetings, especially about possible talks regarding IS, there appears to be an exchange of positions and concerns over the IS threat rather than detailed talks. Under Iran’s constitution, foreign policy matters are the purview of the supreme leader and given these recent statements by Jazayeri, it appears that the Rouhani administration has not been given any leeway to initiate talks in this area, unlike the nuclear program.