Israel must prepare for an eventual third Lebanon war, where it will be confronted with much stronger and more organized forces, perhaps equivalent in equipment to other Arab armies, capable of penetrating Israeli territory. 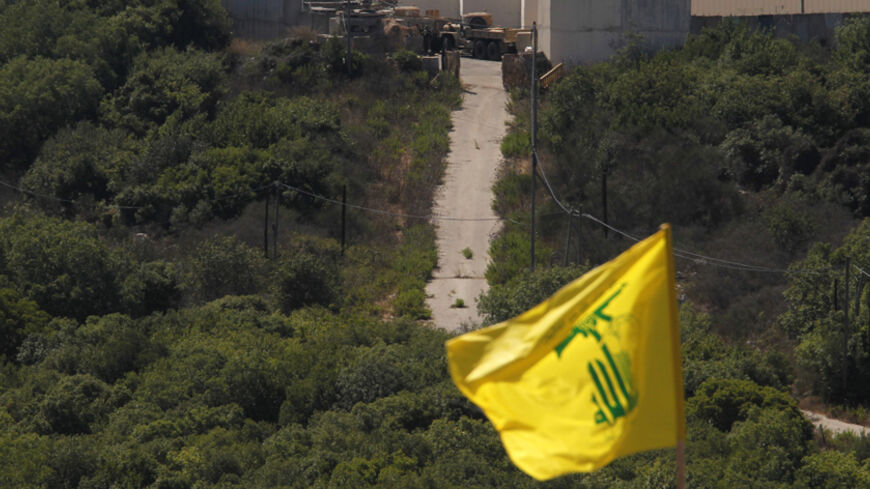 Israeli soldiers and trucks are seen from the southern Lebanese village Marwaheen, as a Hezbollah flag flutters near the Lebanese-Israeli border, July 25, 2014.

Not since the War of Independence, which broke out one day after Israel’s establishment was proclaimed in October 1947, has the sovereignty of the Jewish state been in such real peril. During that war, communities and territories frequently exchanged hands. Once the campaign stabilized and the picture became clearer, the Green Line was born. To date, this remains the only recognized international border between Israel and its Arab surroundings.

Since 1948 until today — over 66 years — none of Israel’s enemies posed a real threat to its territorial integrity. No Israeli community has ever been conquered nor have military raids into the country been carried out. The only exception occurred during the 1973 Yom Kippur War, when the Egyptian and Syrian armies mounted a surprise invasion. However, the areas they seized had been conquered by Israel during the 1967 Six-Day War and were beyond the Green Line.

Israel’s defense doctrine is predicated on one patently clear and solid principle: Warfare should be shifted into the enemy’s territory as quickly as possible. This principle stems from reality’s constraints: Israel is a tiny state, whose width in some areas does not exceed 10 miles. As a result, it doesn’t have the luxury of conducting campaigns in its own territory. This principle has been upheld throughout the state’s existence. Israel’s wars have always been conducted in the enemy’s territory.

When a senior officer from the Northern Command of the Israel Defense Forces (IDF) briefed reporters on Sept. 14, he dropped a journalistic bombshell. During the next round of hostilities between Israel and Hezbollah, the officer said, it is possible that Hezbollah will take over an Israeli community or carry out a land grab for a certain period of time. Intimations to this effect had been previously heard here and there (including in my article for Al-Monitor from August 2013). Yet, when this topic starts dominating the headlines in Israel, it constitutes a watershed. The IDF is well aware of the fact that Hezbollah may have changed its warfare doctrine and that it has accumulated more self-confidence, knowledge and fighting experience. The organization is now able to carry out an armed and violent raid into Israel, relying on a force consisting of a “few dozen to several hundred combatants,” as the officer put it.

A serious coalition crisis is currently raging in Israel between Prime Minister Benjamin Netanyahu and Finance Minister Yair Lapid. The linchpin of the dispute is the 2015 state budget, and more specifically, the defense budget. The events of Operation Protective Edge have shaken Israel’s self-confidence. For the first time, Israel encountered an aggressive and proactive Hamas, which repeatedly incurred into its communities in a bid to “shift the war into its territory.”

There’s no way the IDF can deploy all along the country’s borders, from the north (Hezbollah) to the Golan Heights (the al-Qaeda-affiliated Jabhat al-Nusra) to the Egyptian border (Ansar Bayt al-Maqdis) and Gaza (Hamas and Islamic Jihad).

A foreign military force that wants to raid an enemy territory along a vast and winding border will always manage to find the most vulnerable point where the defense contingency is small.

This is Israel’s greatest concern ahead of a "third Lebanon war." Nobody knows when it will break out, yet everyone is sure it eventually will. To date, Hezbollah has adopted a fairly simple warfare doctrine. Based on massive rocket fire at the Israeli home front that aims to disrupt life, deal a blow to the economy and inflict casualties, it is combined with guerrilla warfare against the IDF in mountainous terrain — either forested or built up — using its weapons of choice: antitank fire, powerful improvised explosive devices and ambushes. That’s the name of the game when guerilla forces are pitted against a regular army.

From now on, however, it’s a whole different ball game. Israeli military officials emphasize that while Hezbollah is indeed preoccupied in Syria and northern Lebanon and is deployed along a vast sector and is bleeding profusely, it is nevertheless well organized and trained. It is also being run prudently and sensibly, gathering military experience and self-confidence. According to Israeli sources, Hezbollah is training its commando forces to make a surprise incursion into Israel, take over a community (such as a kibbutz or a moshav — a cooperative community — or even a small town like Shlomi). It will try to inflict as much damage as possible and hold out for as long as possible, taking hostages that will allow its troops to pull back safely home into Lebanon.

The current Israeli assessment is that Hezbollah’s Secretary-General Hassan Nasrallah has no reason for the moment to be caught up in another confrontation with Israel. On the other hand, he continues his organization’s long-term massive buildup, while improving its capabilities and training, and stockpiling means that will allow him, in the next round, to stage a different kind of warfare, the likes of which we have yet to see. According to a senior Israeli source, Hezbollah is already as strong as any other regular Arab army. Its ORBAT (Order of Battle), according to one of the intelligence officials I spoke with, is bigger than Jordan’s, even at the time when it was considered Israel’s bitter rival. For all intents and purposes, Hezbollah operates like a regular army. It is building intelligence capabilities. Equipped with unmanned airborne vehicles, it also has surveillance stations and manages a modern communications network.

Next time, to have its victory photo and an unprecedented psychological achievement, it will try, as noted, to seize an Israeli community. If that were the case, it would be a first since 1948. This could seriously compromise the sense of security among Israelis, crushing the Jewish-Israeli population in the northern Galilee and causing much greater damage to Israelis living there than what Hamas’ incursion attempts during Operation Protective Edge did to the residents of the Gaza periphery.

The IDF is bracing for such an eventuality. The battle over the defense budget illustrates the degree of seriousness that Netanyahu attaches to the “growing security challenges around us,” as he put it on Sept. 15. My sources indicate that there is already talk in security circles about significantly expanding elite units such as YAMAM (a highly trained counterterrorism police unit) and deploying them in war-prone areas by way of “first responders.”

When it comes to events such as those described above, whereby an organization such as Hezbollah or Hamas is trying to infiltrate Israel, intelligence and time are of the enormous essence. During Operation Protective Edge, all of the IDF’s top-notch infantry units were dispatched to the communities in the Gaza periphery. They deployed across the border fence, charging every territorial compartment with regard to which there was a warning about a possible ”tunnel assault.” Back then, it worked. Hamas terrorists scored no significant success in their operations against Israeli communities. However, they did inflict significant losses to the IDF during its engagements with Israeli troops. When it comes to a much longer and far more complicated front, will the IDF also succeed against a semi-military organization such as Hezbollah that’s much more powerful than Hamas?

Meanwhile, on Sept. 14, the Counterterrorism Bureau issued a travel advisory ahead of the upcoming Jewish holiday season. In addition to all the usual warnings, the travel advisory to Western Europe came as a surprise. There’s a threat — the statement read — that Islamic State (IS) terrorists will carry out attacks against Jewish or Israeli objectives in the countries from which they originally set out to join IS ranks. We’re talking about countries such as Belgium, France, Sweden, Great Britain and others.

This travel advisory took flak from different directions. Terrorist threats exist also in Israel and the United States. In fact, they exist almost anywhere around the globe, a well-versed Israeli source told me. We, of all people, who get upset whenever the Europeans or Americans issue a travel advisory about Israel, need to be more sensitive and realize that not everything merits an official travel advisory.

Either way, the number of Israeli tourists visiting their favorite European capitals during the Jewish holidays of Rosh Hashanah, Yom Kippur and Sukkoth is not expected to plummet. Even Beyonce’s two evenings of concerts in Paris saw thousands of Israeli spectators. Israeli tourists read those travel advisories, file them away in their mind and take off. From their standpoint, danger is an inherent part of their normal existence.