The expropriation of West Bank land, contrary to his commitment at his 2009 Bar-Ilan speech, reveals the true strategy of Prime Minister Benjamin Netanyahu of dividing the Palestinians while stalling. 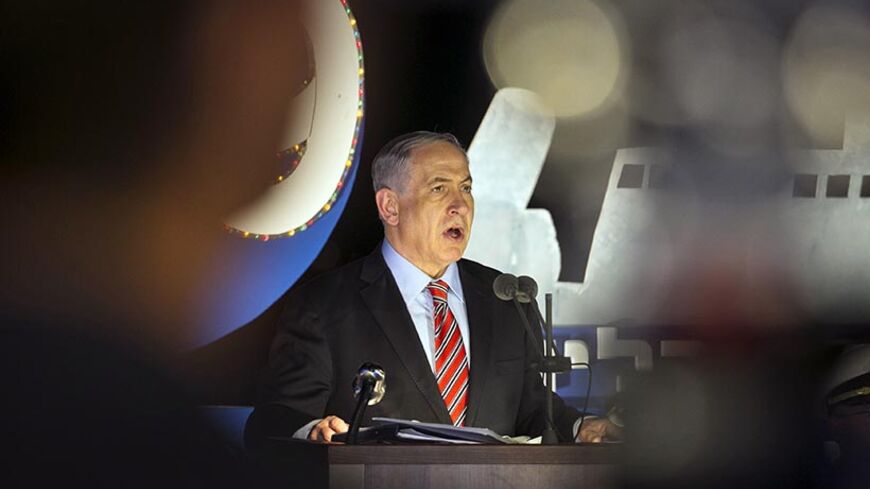 “We couldn’t find a single person in the government offices in Ramallah who believes in the prospects of the Fatah leadership reaching an agreement with Israel,” one of them told Al-Monitor.

“Their greatest concern,” his colleague added, “is that Europe will force them to cooperate with Hamas.”

No, the Palestinians don’t believe that Hamas planned a military coup. The European visitors got the impression that the Fatah leadership believes the message to the effect that Israeli Prime Minister Benjamin Netanyahu conveyed to Palestinian President Mahmoud Abbas through the Shin Bet security agency was an exercise in divide and drag out: divide between Fatah and Hamas and stonewall.

Hamas has no need to go to the trouble of overthrowing the regime in Ramallah. The Sept. 2 poll conducted by the Palestinian Center for Policy and Research (PCPSR) indicates that Abbas is trailing former Hamas Prime Minister Ismail Haniyeh. All Hamas has to do for the regime to fall into its hands like a ripe fruit is to pray for Netanyahu’s continued good health. When the Netanyahu government wipes the homes of Gaza residents off the face of the earth, along with their inhabitants, and the next day expropriates lands in the West Bank in favor of the settlers, Hamas has no need to prove that Abbas' way leads nowhere. When Netanyahu prefers running around Likud Party branches to make peace with the radical right wing, instead of inviting Abbas to talk peace, Hamas can put away its weapons.

Al-Monitor has learned that Netanyahu rejected a suggestion from serious political figures to head a centrist party, which would include, among others, Justice Minister Tzipi Livni’s Hatnua Party and the remnants of Yesh Atid Party, who have become disenchanted with Finance Minister Yair Lapid (no reaction was received to our request concerning this proposal). Netanyahu gave his answer in the Aug. 25 announcement by the Civil Administration regarding the expropriation of 3,799 dunams (some 950 acres) in the Bethlehem area in response to the kidnapping and murder of the three youths — Gil-Ad Shaer, Naftali Frenkel and Eyal Yifrach — in June.

It would be hard to believe that Netanyahu was not aware that the expropriation made a mockery of Abbas and of the diplomatic process. Just days ago, at an Aug. 27 news conference summing up Operation Protective Edge, Netanyahu boasted that whereas Israel won international legitimacy, Hamas has been relegated to international isolation. “The regional change of the moderate forces in the Middle East is creating a possible diplomatic horizon for the State of Israel,” the prime minister said and promised, “We will certainly try to advance these possibilities in a responsible and prudent manner as we have done up until now.”

Netanyahu’s horizon only extends as far as the skyline of the Etzion settlement bloc. If this is a responsible and sober move, it’s hard to imagine what Netanyahu considers an irresponsible and reckless one. The unilateral move of declaring a West Bank area as state land reveals that the sole real commitment that the prime minister has given to the Palestinians to date was a fraud; in his famous peace speech, known as the Bar-Ilan speech, he pledged that “the territorial question will be discussed as part of the final peace agreement. In the meantime, we have no intention of building new settlements or of expropriating additional land for existing settlements.” That was the only operational part of the vision he presented in June 2009.

What’s more, whether the expropriation is intended to allocate land for the establishment of a new settlement or whether it will be defined as a “new neighborhood” of the settlement of Alon Shvut, the move constitutes a blatant violation of his declaration. Now Abbas must convince his public that Netanyahu is a partner for peace and that they needn’t get excited over land theft.

Foreign Minister Avigdor Liberman has an interesting explanation for the contradiction between the government’s real estate craving and its yearning for peace. On Sept. 2, he explained to the world that the settlement blocs will remain under Israeli sovereignty in any eventual agreement with the Palestinians. Strange. That’s the same Liberman who just last month said that “a diplomatic process is simply impossible” and that it would be a mistake to build any process right now based on the Palestinian Authority (PA), because “the legitimacy of its President Abu Mazen [Abbas] does not exist.”

In other words, on the one hand the foreign minister justifies the expropriation of land in the occupied territories by claiming that in any sort of a diplomatic arrangement these lands will be under Israeli rule. On the other hand, he rejects a diplomatic process with the PA headed by Abbas, saying that there is no partner on the Palestinian side for a diplomatic process. Perhaps Liberman believes that Saudi Arabia or Egypt will replace the Palestinians at the negotiating table and, speaking for them, will cede their claim to Gush Etzion, Ariel, the Jordan Valley and, of course, the Temple Mount/Haram al-Sharif.

The unilateral Israeli move of expropriating lands in the West Bank, along with Liberman’s argument, paves the way for a unilateral Palestinian move at the UN Security Council. After all, “in any eventual agreement with the Palestinians,” to quote Israel’s No. 1 diplomat, they will be accorded a sovereign state and UN membership.

This, of course, is not the diplomatic horizon at which Israel’s government is aiming. As mentioned above, the only strategy that Netanyahu knows is divide and drag out. If someone doesn’t stop him, he’ll drag us all into an abyss.