There are signs that ties between Qatar and Saudi Arabia are improving, but the United Arab Emirates is maintaining a hard-line position on Doha, threatening Gulf reconciliation. 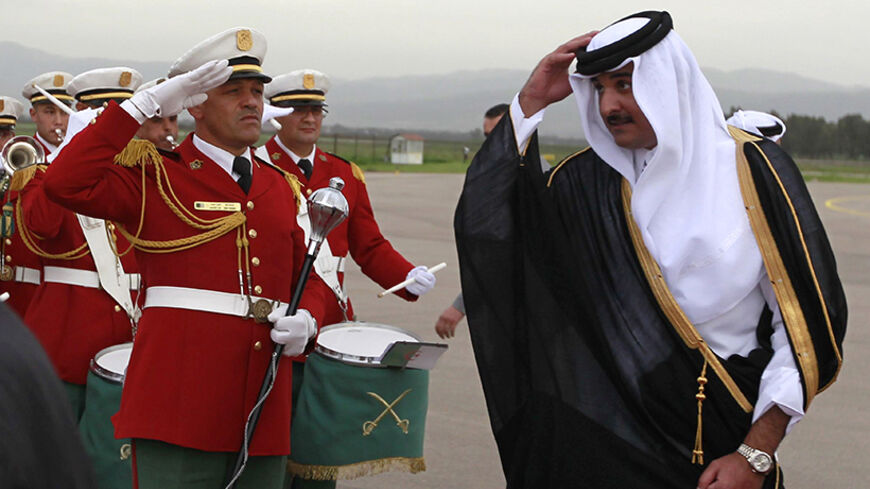 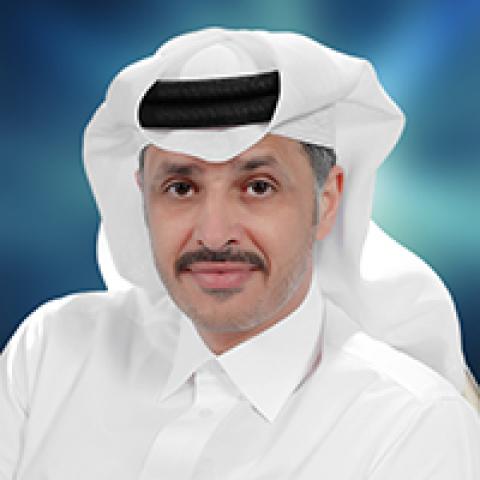 It is no surprise that Emir of Qatar Sheikh Tamim bin Hamad bin Khalifa Al-Thani was given a warm royal welcome in Saudi Arabia on July 22, which might suggest that the Gulf crisis is coming to an end.

The official news did not disclose any details on the visit, except that it was for the purpose of “discussing the prospects for cooperation between the two countries,” the standard statement used for all meetings between official Gulf delegations. The visit of the Qatari emir came after an Omani delegation headed to Riyadh on March 20, attempting to mediate to end the Qatari-Saudi feud.

Progress on the Gulf crisis has been fluctuating in recent months, despite the reconciliation efforts led by Oman and Emir of Kuwait Sheikh Sabah Al-Ahmad al-Jaber al-Sabah. The efforts culminated in the July 7 visit of the Qatari emir to Kuwait, seen as a penultimate step to the implementation of the Gulf reconciliation.

Qatar viewed the withdrawal of Saudi, Bahraini and Emirati envoys from its capital in March this year as contrary to the interests of the Gulf people. In fact, Qatar was the third country, after Bahrain and Saudi Arabia, to endorse the Saudi king’s proposal to move from Gulf cooperation to a Gulf union. Doha did not withdraw its ambassadors from these countries, taking the view that the spar would be temporary.

The Qataris are privately and publicly expressing satisfaction with the results of Emir Tamim’s visit to Kuwait. The visit was preceded by a congratulatory message on June 25 from the Saudi king to the Qatari emir on the anniversary of his accession to the throne. Qatar’s Ministry of Foreign Affairs has also issued statements condemning recent violence in Bahrain, a message that was warmly received in Manama.

Despite the incremental steps to improve ties with Saudi, the UAE remains set to scuttle a Gulf reconciliation. Local and pro-government media outlets in the UAE have been escalating their rhetoric against Doha. The latest attempt by Abu Dhabi to impede the implementation of the Gulf reconciliation was the July 8 arrest of three Qatari nationals in the UAE on charges of spying.

It has become clear, from various indicators, that Abu Dhabi is not ready to stop its political spat with Doha. Observers in Qatar see the arrests of the Qatari nationals as part of this effort, and a reminder to Saudi Arabia and Bahrain that differences with Qatar and their causes remain.

Abu Dhabi is leading the hard-liner team, through vigorous attempts to thwart any endeavor to achieve a Gulf reconciliation. This team was recently joined by Bahrain’s foreign minister, who accused Qatar on July 12 of taking a sectarian approach to Bahrainis. Meanwhile, Kuwait is exerting serious efforts to contain the crisis. Had there not been political developments in the efforts for a solution, Bahrain’s foreign minister, who revolves in Abu Dhabi’s orbit, would not have raised his voice to try to reignite the crisis with inflammatory remarks. Objectively, that’s considered, in Gulf custom, a political courtesy from Bahrain to the UAE.

The point of contention between Qatar and the UAE remains the Muslim Brotherhood. Qatar continued to stress, though its foreign minister, its “support for the Arab people’s causes for freedom and democracy," saying, "Our support for the Arab Spring stems from a bias to the people’s causes and not to the interests of organizations.” Yet, the government of Abu Dhabi continues to repeat its usual accusation that Qatar is supporting the Muslim Brotherhood. Placing the Muslim Brotherhood label on Qatar allows the UAE to accuse Qatar of supporting terrorism, an accusation that is incompatible with Qatar’s historic support for issues of peace and democracy.

Qatari Foreign Minister Khalid al-Attiyah explained Qatar's position in a statement in March and stressed, “The main principle of Qatar’s foreign policy is its commitment to support the right of the people to self-determination and to support their aspiration to achieve justice and freedom.” He added, “In this context, Qatar’s support for emerging democracies following the Arab spring should be understood.”

The implications of the recent developments in Iraq, the social mobility in Kuwait and the security developments in southern Saudi Arabia, will probably alleviate the marginal dispute, which Abu Dhabi is eagerly leading. Any political observer of the Gulf relations realizes how absurd this dispute is compared to the major regional challenges faced by Saudi Arabia and Bahrain.

The qualitative challenges facing the region as a whole should be examined, especially following confirmed information that Iraq’s Prime Minister Nouri al-Maliki decided to withdraw Iraqi forces from the Saudi-Iraqi border, which prompted Riyadh to send backup forces to the border with Iraq. The Saudis also suffered a border post attack by al-Qaeda in the Peninsula on the Yemeni border on July 4.

The serious challenges facing the region and Riyadh will undermine Abu Dhabi’s attempts to fabricate scenarios and obstacles to the efforts — pushed by Kuwait and Oman — at achieving reconciliation. Saudi’s overtures to Qatar demonstrate that it is aware that the Gulf dispute does not require such an escalation, especially at a time when the Maliki-Assad-Iranian axis is in direct confrontation with the Saudi-Qatari position. This reflects a lack of foresight from the UAE and an inability to think in the long term. In a time of serious upheaval in the region, which poses a threat to the Gulf entities, marginal intra-Gulf differences cannot be taken into consideration.

The political neglect of these major threats may be due to the UAE’s ease with dealing with Iran, or to its lack of awareness of the imminent threat to its neighboring countries.

In light of the fateful developments on its borders, Saudi Arabia has indicated it will not allow its ties with Doha to worsen. This is particularly the case since Qatar is today one of the most important countries in the Arab and regional scene in terms of mediation efforts, active diplomacy, and in terms of media prowess.

Qatar, Kuwait and Oman represent the axis of deliberation in the Gulf crisis, particularly as the crisis continues to be escalated by the aggravation team of the UAE and Bahrain. Saudi has frozen its statements on the crisis since March, which shows its solemn way of dealing with the crisis. It has neither joined the reckless rank nor has it openly demonstrated a will to reconcile.

The serious developments in Iraq, Yemen and Palestine may strengthen diplomatic ties between Saudi and Qatar, with the eventual hope of full reconciliation. However, it seems for the time being that the UAE will not be part of this reconciliation.