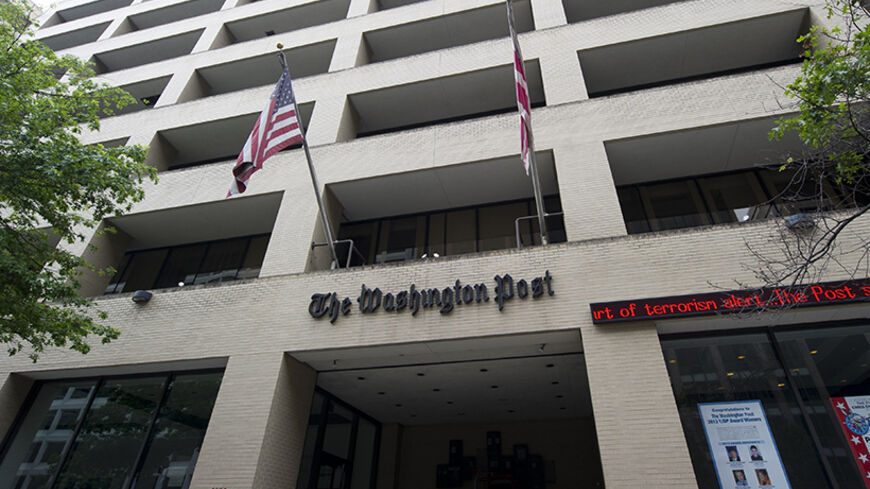 The conservative Iranian media has broken its silence on the arrest of Washington Post Tehran correspondent Jason Rezaian and published articles accusing him of spying and having connections to organizations in Washington, with one group even calling for “the maximum punishment.”

Rezaian, along with his wife, Yeganeh Salehi, the National’s Iran correspondent, and two other individuals, one of them a photographer, were arrested July 22. According to the judiciary, one person has been released. Rezaian is a dual national, but little else is known about the nature of the arrests. When asked at an Aug. 6 press conference, Iran's Foreign Ministry spokesperson Marzieh Afkham said that while she has no details on Rezaian's case, as per Iranian law, only his Iranian nationality is recognized in the country.

While the accusations in the articles against Rezaian appear far-fetched, they are a worrying sign that the cases could be used to further a domestic political issue.

Tasnim News Agency, which is believed to have close ties to the Revolutionary Guard, published a letter by the Basij Organization of Lawyers, addressed to the judiciary. The Aug. 4 article was headlined, “Numerous and reliable documents exist of the spying of arrested Washington Post journalist.”

The letter asserted that “spy agencies and the Western media” have given Rezaian’s case extra coverage to take attention away “from world public opinion which is opposed to Israel’s actions in Gaza.”

“Spying in Islam is a heavy crime and unforgivable,” the letter read, listing a number of crimes, some of which are punishable by death under Iranian law. The letter finished by directly addressing the head of the judiciary, requesting, “when it is certain that these individuals were spying, which will certainly be confirmed by the security and intelligence organizations, for them to receive the maximum punishment.”

Vatan Emrooz, whose editor has close ties to former President Mahmoud Ahmadinejad, also ran an article about Rezaian’s arrest headlined, “To whose music does Jason dance?” The article made a number of accusations, too many to refute, in an attempt to connect Rezaian’s arrest to a number of other domestic cultural and international issues important to conservatives in Iran.

The article, by Mojtaba Asghari, said that the various statements and media coverage in regard to the issue “show the unusual complexity” of Rezaian’s case. Asghari mentioned National Iranian American Council (NIAC)'s Trita Parsi and Reza Marashi, who spoke out about Rezaian’s case in the media.

The article referred to NIAC as a Freemason group for which Rezaian slowly became “an official liaison of NIAC’s intelligence-security group.” Asghari believes that NIAC has the political and economic objective of compromise between Israel and Iran as one of the preconditions for an agreement with the United States.

The article also claims that Rezaian and the three others were arrested for directing the Pharrell Williams-styled “Happy” video in Iran. In May, a number of individuals were arrested for making a “Happy” music video with men and women dancing together. The directors and participants were arrested and Rezaian’s name was never mentioned.

The article also questioned Rezaian’s “media footprints on Twitter,” such as his following of "the members of the neoliberal media lobby in BBC, CNN, Huffington Post, Washington Post, Al-Monitor, NIAC and Aslan Media.”