The Washington Post says it has received credible reports that its Iran correspondent Jason Rezaian, his wife Yaganeh Salehi and two unnamed US photojournalists have been detained in Iran. 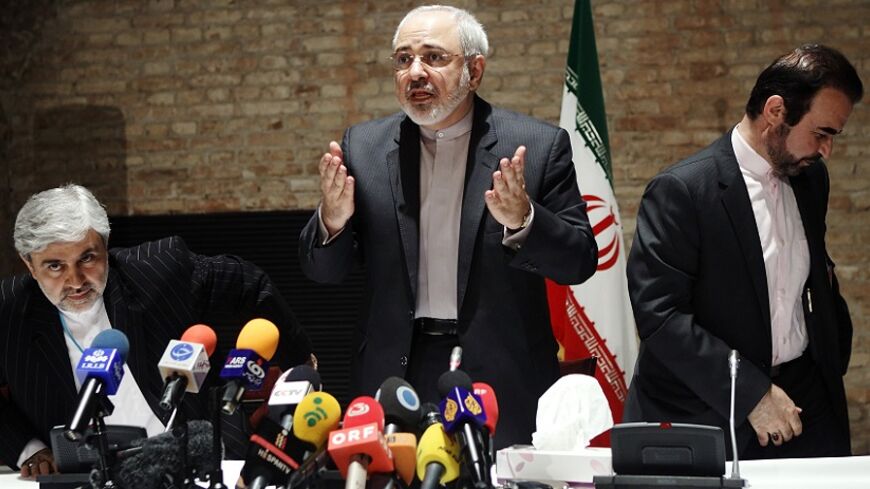 Friends and colleagues of the Washington Post’s Iran correspondent flooded Twitter Thursday, July 24, to express shock and concern at reports that he, his wife and two other American journalists have apparently been detained in Iran.

The Washington Post reported Thursday that it had received credible reports that its Iran correspondent Jason Rezaian, his wife Yaganeh Salehi, a correspondent for the National newspaper, and two unidentified photojournalists were detained in Iran July 22.

Rezaian, the Washington Post’s correspondent in Iran since 2012, is a US-Iranian citizen from the San Francisco Bay area. His wife, Salehi, is an Iranian citizen who has reportedly applied for US permanent residency. The two unidentified photojournalists thought detained with them are also reported to be US citizens.

Al-Monitor’s correspondent was just with Rezaian covering nuclear negotiations between Iran and the six world powers in Vienna last week.

Al-Monitor’s correspondent last saw Rezaian July 19 in the lobby cafe at the Vienna Marriott, where many journalists covering the talks and diplomats involved in them stay. He said he was preparing to catch a plane back to Iran that evening.

Friends and colleagues of Rezaian, some of Iranian descent, flocked to Twitter Thursday to condemn the apparent detention of the journalists and urge their release, while noting the ominousness of the development.

One concern was a lack of clarity about which agency had detained the journalists. Iranian journalists said it was the first detention they could recall in Iran of a reporter for a major Western news outlet since the crackdown that followed the disputed June 2009 presidential polls, though there have been many arrests of Iranian reporters, including in recent weeks.

Some Iranian analysts believe hard-liners, perhaps in the Iranian security services, conducted the arrests as part of a wider campaign to challenge the authority of Iranian President Hassan Rouhani, who is focused on trying to maintain domestic consensus for nuclear negotiations and economic reforms.

“I strongly condemn the arrest of my friend and colleague @jrezaian and his wife @YeganehSalehi, and two photographers, also friends,” Thomas Erdbrink, the New York Times’ correspondent in Iran, wrote on Twitter.

“This one hits too close to home,” Reza Marashi of the National Iranian American Council wrote on Twitter, adding that Rezaian is a good friend who he just saw in Vienna last week.

The Committee to Protect Journalists (CPJ) called on Iran to immediately explain the whereabouts of and release the four journalists.

"We hold the Iranian government responsible for the safety of these four," Sherif Mansour, the CPJ's’ Middle East director, said in a statement, the Huffington Post reported.