The United States, in a confidence-building gesture with Iran, did not block a Venezuelan request to delist two Iranian banks from a UN Security Council sanctions list. 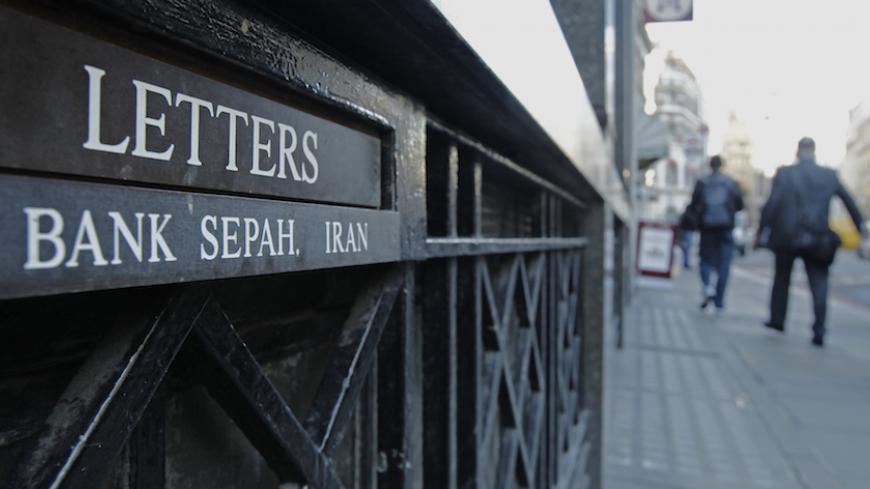 WASHINGTON — Amid a flurry of diplomatic activity with Iran over the weekend that saw US prisoners freed, the nuclear deal go into effect and sanctions lifted, the United States permitted the removal of two Iranian banks from a United Nations sanctions list, US officials said Jan. 19.

The delisting of the Iranian banks — Bank Sepah and Bank Sepah International — occurred at the UN Security Council on Jan. 17 at the request of Venezuela. The United States decided not to block the request, US officials said.

“We saw this as something we could do as a confidence-building measure and a goodwill gesture,” a US administration official, speaking on condition of anonymity, told Al-Monitor Jan. 19.

In the course of two separate tracks of negotiations with the Iranians — on the nuclear issue and the humanitarian release of detained citizens — Iran had sought the delisting of the banks from UN Security Council sanctions. But the issue was not resolved by the time negotiations for the final Iran nuclear deal reached agreement in July 2014. The United States had already determined that it would remove secondary sanctions on the banks, the US official said.

“We already made the decision to delist this bank as part of US secondary sanctions as part of the nuclear deal,” the official said. The United States would “agree not to oppose the delisting at the UN, which Iran very much wanted.”

This little-noticed action at the United Nations came as five Americans were freed from Iranian detention Jan. 16, and US Secretary of State John Kerry, Iranian Foreign Minister Mohammad Javad Zarif and European Union foreign policy chief Federica Mogherini gathered in Vienna to announce implementation day of the landmark Iran nuclear deal. As part of the agreement to free the Americans detained in Iran, the United States would grant clemency to seven Iranians charged with export violations and drop Interpol red notices seeking the extradition of 14 other Iranians abroad charged with similar offenses.

A tense night ensued overnight Jan. 16-17, during which, behind the scenes, Iranian authorities reportedly tried to block the wife and mother of Washington Post reporter Jason Rezaian from boarding the Swiss plane with him and two other freed Iranian-Americans to leave Iran. Brett McGurk, President Barack Obama’s envoy to combat the Islamic State and his point man in the secret talks on the detained citizens, told Iranian counterparts in Geneva that the whole prisoner release was off if Rezaian’s wife, Yaganeh Salehi, and his mother, Mary Rezaian, were not on the plane. Swiss authorities eventually found the women at a hotel and got them on the plane Jan. 17, and it took off for Switzerland. Obama then granted seven Iranians and Iranian-Americans in US prisons commutations or pardons.

Rezaian, former US Marine Amir Hekmati and Pastor Saeed Abedini have been recovering at Landstuhl Hospital in Germany since their arrival. Photos of their joyful families meeting with Hekmati and Rezaian on Jan. 18 have been posted to Twitter. Abedini’s wife was due to arrive in Germany on Jan. 20.

In addition, US officials refuted Iranian claims that an additional seven Iranian men were granted any special favors in the swap deal. Only 21 Iranians received benefits under the arrangement, they said. Some Iranians finishing US prison terms shortly were not granted special terms upon their release, since they would already have been permitted to, for instance, travel to Iran when they finish their sentences, officials said.