Malcolm Byrne, deputy director of the National Security Archive, presents new details about how US officials convinced themselves they were aiding “moderates” who planned to overthrow the Iranian government but who could also engineer the release of US hostages in Lebanon. 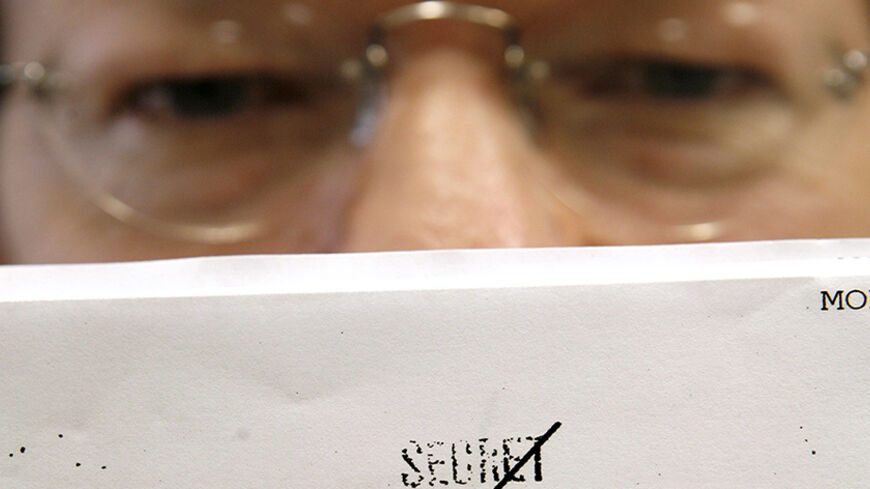 The scandal that became known as Iran-Contra is a distant memory for most Americans and Iranians. But an important new book provides fascinating details about US ignorance about Iran, which contributed to the largely botched effort to free US hostages in Lebanon and hindered a possible breakthrough in US-Iran ties 30 years ago.

Benefiting from recent access to the private papers of key US participants, including former Defense Secretary Caspar Weinberger, then-Vice President George H.W. Bush and White House chief of staff Don Regan, author Malcolm Byrne shows conclusively that all the top members of the Ronald Reagan administration — including the president — knew that they were violating US law by selling weapons to a country topping the US list of terrorist-supporting states. Trying to dress up executive branch overreach in attractive strategic clothing, key figures in the administration — egged on by duplicitous arms dealers and Israeli leaders — sought to portray their actions as boosting “moderates” in Iran supposedly opposed to Ayatollah Ruhollah Khomeini.

Among the more surreal passages in the book, “Iran-Contra: Reagan’s Scandal and the Unchecked Abuse of Presidential Power,” is an internal note by then-Deputy CIA Director John McMahon in November 1985, when the United States was contemplating selling HAWK missiles to Iran via Israel: “Israeli plan to move arms to certain elements of the Iranian military who are prepared to overthrow the government.”

It is hard to conceive how US officials could believe that Iranians opposed to their own regime would also be in a position to help secure the release of hostages held by Iran-backed militants in Lebanon.

In fact, according to Byrne, one of the main interlocutors in Iran for the weapons deliveries turned out to be the deputy director of intelligence for the Iranian Islamic Revolutionary Guard Corps, the most loyal of institutions to Khomeini and the branch of the regime with the most influence over the hostage holders. While there were some Iranians, including then-parliament speaker Akbar Hashemi Rafsanjani, who saw an opportunity to improve relations with the United States, the Iranian government was completely unified on the need to acquire more US weapons and spare parts to improve the chances of defeating Iraq during the 1980-88 Iran-Iraq war.

At one point, according to a lengthy cable Byrne cites — from then-White House national security adviser Robert “Bud” McFarlane to then-Secretary of State George Shultz — McFarlane acknowledged doubts about whether arms dealers Manucher Ghorbanifar and Adnan Khashoggi were “connected to viable, stable parties in Iran” or were “no more than self-serving self-promoters.” But McFarlane concluded, “I don’t think we should tarry. … On balance I tend to favor going ahead.”

Shultz replied, “This situation is loaded with imponderables that call for great caution on our part” including “complications arising from ‘blessing’ an Israel-Iran relationship where Israel’s interests and ours are not necessarily the same.” But Shultz — whose public stance was to discourage arms sales to either Iraq or Iran — concluded: “I do not think we could justify turning our backs on the prospect of gaining the release of the other seven hostages and perhaps developing an ability to renew ties with Iran under a more sensible regime.”

Asked by Al-Monitor whether he was surprised by the degree of US ignorance of Iran, Byrne replied: “One thing that struck me was that Americans didn't even know what they didn't know. This all took place with the knowledge of virtually all senior Iranian leadership, including Khomeini. Dissidents were, of course, a myth. The irony is they [the Americans] had an extraordinary chance to communicate directly with the top levels, but failed to take advantage.”

Ghorbanifar, an Iranian considered a serial fabricator by the CIA, came up with the idea of selling US weapons and spare parts to Iran initially through Israel, which at the time saw Iran as a lesser threat than Saddam Hussein’s Iraq. Israeli leaders, including then-Prime Minister Shimon Peres, enthusiastically promoted the sales and an Israeli official, Amiram Nir, accompanied a US delegation that visited Tehran in May 1986.

What could have been a groundbreaking trip — and still the only visit by American officials to Iran in 35 years — turned into a fiasco in large part because of the lack of adequate preparation, Byrne writes. There was so little planning that the Americans were left cooling their heels at the airport for hours before any Iranian official arrived to greet them. The closest McFarlane — who by then had left the White House and was ostensibly acting as a private citizen — got to a figure of authority was a meeting with a “Dr. Najafi” — Ali Hadi Najafabadi, chairman of the foreign affairs committee of the Iranian parliament. The Americans left abruptly when the Iranians were not able to secure the release of a single US hostage in Lebanon during their visit.

Iran did eventually secure freedom for several hostages but its ally, Hezbollah, only seized more.

Byrne, who is deputy director of the National Security Archive, an organization that specializes in ferreting out important documents kept secret by the US government, told Al-Monitor that one of the Americans who accompanied McFarlane to Tehran, CIA Iran expert George Cave, “fully believes” that some of the Iranians were “interested in pursuing long-term relations, not just weapons. If handled with better appreciation of how the Iranian political scene worked, and with less of an obsessive approach toward hostages, it's conceivable this might have produced something tangible to build upon,” Byrne said. “Instead it just produced greater distrust and skittishness on both sides, undoubtedly delaying prospects for improved ties.”

Among the factors contributing to the distrust: The weapons initially provided by Israel were not the advanced models the Iranians had ordered. Throughout the affair, the Iranians were routinely overcharged — with the profits going to Ghorbanifar, Khashoggi and eventually the anti-Communist Nicaraguan guerrillas known as Contras. Byrne quotes retired Marine Lt. Col. Oliver North, the National Security Council staffer in charge of both the Lebanon hostage and Contra files, as saying that Ghorbanifar gave him the “neat idea” of using some of the proceeds to arm the Nicaraguan guerrillas whom Congress had explicitly barred from receiving lethal US aid.

The saga began to unravel when a plane carrying illicit arms to the Contras was shot down over Nicaragua on Oct. 5, 1986. A month later, a Lebanese magazine, As-Shiraa, broke the story of McFarlane’s clandestine trip to Tehran.

The revelations were hugely embarrassing for American diplomats in the Middle East, who had been under strict instructions to block arms sales to either side in the Iran-Iraq war — a policy dubbed “Operation Staunch.” This reporter was based in Cairo at the time and vividly recalls the sense of outrage and betrayal on the part of Arab states supporting Iraq in the Iran-Iraq war.

The Reagan administration, trying to make up for its dalliance with Tehran, agreed in 1987 to protect Persian Gulf shipping and became involved in a series of clashes with Iran that culminated in the accidental shoot-down of a civilian Iranian airliner, killing all 280 on board. Khomeini swallowed a “bitter pill” and accepted a cease-fire with Iraq. But chances for US-Iran rapprochement evaporated.

It is interesting to speculate what might have happened if the United States had made a better-informed effort to engage Iran in 1985.

Bruce Riedel, a former CIA officer and Middle East expert who went on to serve on the National Security Council and who has written extensively about the Iran-Iraq war, wrote in a forward to Byrne’s book that Iran-Contra was “a case study in how not do foreign intelligence operations. … Many of the lies that led to Iran-Contra would be the model for the deceptions that led to the misguided US war on Iraq in 2003.”