Jon Stewart: My film not meant to demonize Iran

"Rosewater," the first movie by "Daily Show" host Jon Stewart is being released 10 days before the deadline for an Iran nuclear deal and some Iran experts worry that critics of a deal may cite the human rights abuses depicted in the film to try to sabotage an agreement. 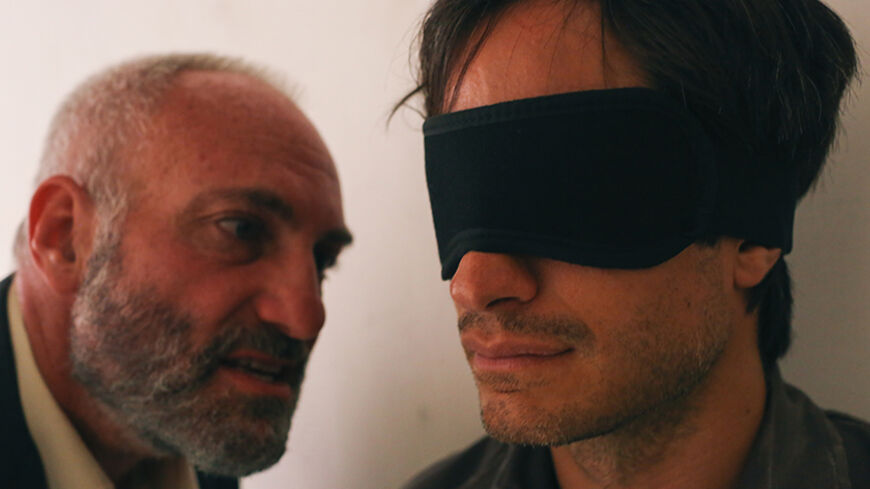 When "Daily Show" host Jon Stewart set out to make a movie about the 2009 Iranian political protests and the imprisonment of a Newsweek reporter, he couldn't foresee that the film would be released at such a pivotal time for US-Iran relations.

As it turns out, though, “Rosewater” is hitting American theaters on Nov. 14, just 10 days before the deadline for a comprehensive nuclear deal that could significantly affect US-Iran relations and the trajectory of the Islamic Republic.

Asked by Al-Monitor at a Nov. 9 screening in Washington whether he worried that the film’s depiction of the Iranian regime’s crackdown on demonstrators and rough treatment of reporter Maziar Bahari would encourage those in the United States and Israel who oppose a nuclear deal, Stewart replied, “For those that don’t want a deal, they will use anything to sabotage it on both sides. … You cannot control what idiots will weaponize, and to censor yourself for their ignorance would be a mistake. This movie demonizes no one. It says what the Iranian government did to Maziar Bahari and presents … Iranian society, hopefully in a more complex way than Western audiences have seen from a Western director.”

The film, which Stewart wrote and directed, was adapted from Bahari’s 2011 book, “Then They Came for Me.” Bahari, who also took questions after the screening, said the first half of the movie dwells on the events leading up to and immediately after the 2009 elections and shows “a nuanced image of young Iranians” who supported the candidacy of Mir Hossein Mousavi against incumbent Mahmoud Ahmadinejad and went out on the streets in record numbers to protest allegations of vote fraud.

“For those ‘bomb, bomb’ people — for American people in general — it’s important to understand that when you’re bombing a people, you’re not only bombing the intelligence organizations or the Revolutionary Guards,” Bahari said.

The first movie directed by the host of the satirical late-night "Daily Show" combines real footage from Tehran, 2009 — including some shot by Bahari and a pre-election interview he gave to the show’s Jason Jones that was later used as evidence against him — with scenes filmed in Jordan. The second half deals with Bahari’s 118-day incarceration in Evin prison and his interrogation by a middle-aged, bearded “specialist” whom Bahari nicknames “Rosewater” for the inexpensive cologne he wears.

Using a combination of psychological pressure tactics, including solitary confinement, Rosewater persuades Bahari to read on television a phony confession of spying. But the confession fails to convince anyone and the interrogator is ordered to beat Bahari. In despair and fearing he has been forgotten by the outside world, the Newsweek reporter at one point contemplates suicide.

He keeps up his spirits by imagining conversations with his late father and sister, both of whom were jailed for their political beliefs — his father under the shah, and his sister after the 1979 revolution. Admonished by his sister to “use their weakness,” Bahari plays on the sexual frustration of Rosewater by telling him that he travels around the world because he is “addicted” to “massages.”

Since this is a Stewart film — and because Bahari also has a wicked sense of humor — jokes relieve the tension. At one point, the Bahari character — played by Mexican actor Gael Garcia Bernal — tells Rosewater, who wants to know why Bahari visited New Jersey, “You know what happens in New Jersey?” [Fort Lee, just across the George Washington Bridge from New York City] is a massage playground,” Bahari says, “for massages from all over the world. I have heard of people dying of pleasure.”

His interrogator practically swoons and it is no longer clear who is manipulating whom.

Judging from the applause after the film, “Rosewater” is likely to do well with fans of Stewart and of Bernal, a heartthrob who previously starred in “The Motorcycle Diaries,” the 2004 biopic about a young Ernesto “Che” Guevara.

The audience at Georgetown University was packed with students, some of whom had lined up as early as 4 a.m. to get a chance to see the movie and Stewart in person. Zoey Krulick, a senior, said Stewart “tried to display both sides of the issue and what real people were going through.”

Also among the crowd was a select group of invited foreign policy experts, some of whom said they were concerned about the potential political impact of the film in both the United States and Iran.

Malcolm Byrne, author of a new book on the Iran-Contra scandal, told Al-Monitor the movie was “a very universal story” about authoritarianism but also assumed “a lot of familiarity with Iran and Maziar’s story.”

Nazila Fathi, another exiled Iranian journalist whose own memoir is due out next month, said the film “was much better than what I had expected from Jon Stewart as a first time filmmaker.”

Asked to compare “Rosewater” with “Argo” — the Academy Award-winning Ben Affleck film about a small group of US hostages who escaped during the 1979-81 hostage crisis — Ben Chang, a former spokesperson for the National Security Council, told Al-Monitor, “'Argo' was more a thriller. This felt like a smaller, more intimate film. It was textured and told a very human story as well as a riveting political drama.”

For John Limbert, however, the scenes of Bahari’s incarceration brought back painful memories.

One of 52 Americans held hostage in Tehran for the entire 444-day crisis, Limbert told Al-Monitor that the movie was “much less fun than 'Argo,' which was Hollywood at its best. I personally found the prison scenes very disturbing and almost too real. 'Argo' focused elsewhere so it was much easier to watch.”

Asked if Rosewater would affect American views of Iran, Limbert said, “The Iranians have a saying, ‘There's no color beyond black.’ In other words, it could hardly be any worse.” He added, “I liked Jon Stewart's comment that the ‘Iranian threat’ crowd can ‘weaponize’ anything.”

Iranian-American writer David Shams agreed with Limbert. “I feel like elements both in the US and Iran will use this to attempt to stop negotiations,” he told Al-Monitor. “No matter how much Maziar wants to say he was showing pity or being balanced, [Iranian officials] will see this as an insult. But at the same time you can’t enable the regime to have an effect on our freedom of speech.”

Both Stewart and Bahari stressed that their intention was to dramatize the tension that exists between governments, media and ordinary citizens in all societies.

The movie is not just about “the singular atrocities of one eccentric regime” but about repression of journalists and ordinary citizens “all over the world,” Stewart said. “In the United States, we, too, use the levers of power to suppress information and we, too, keep people in solitary confinement.”