Professor Mohsen Milani, an expert on Iran, explains how some misguided radical Islamists terminated Iran's strategic alliance with the United States and hijacked the revolution. 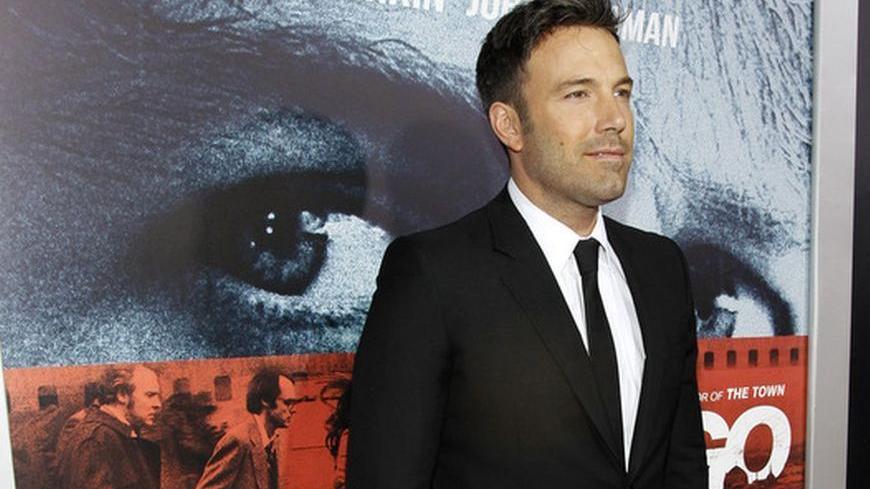 Director of the movie and cast member Ben Affleck poses at the premiere of "Argo" at the Academy of Motion Picture Arts and Sciences in Beverly Hills, California October 4, 2012. - REUTERS/Mario Anzuoni
November 2, 2012

Thirty-three years ago on Nov. 4, a group of misguided radical Islamists stormed and occupied the American Embassy in Tehran, took its personnel hostage and terminated Iran's strategic alliance with the United States.

In the US, this illegal and brazen act of defiance left an indelibly negative perception of Iran. During the 444-day ordeal, Americans were traumatized watching their flag burned by hysterical mobs shouting "Death to America" and their diplomats blindfolded and humiliatingly paraded in front of the world. They heard about the inhuman mock execution of the hostages, and were incensed that the hostages would be placed on trial in the revolutionary courts infamous for executing the accused first and justifying their actions later. They mourned the death of eight American servicemen in Operation Eagle Claw on April 24, 1980, a daring rescue operation that was aborted in a sandstorm inside Iran before it could reach its target.

Nothing seemed to work for America. That a superpower was incapable of freeing the hostages from a third-world country undermined American prestige and created lingering outrage among Americans against Iran — an outrage more intense than that directed against Vietnam, whose soldiers killed more than 55,000 Americans during the Vietnam War.

The hostage crisis remains a nightmare for America. In that context, Ben Affleck's thriller movie, "Argo," offers a mostly forgotten and surprisingly happy tale about an otherwise sad episode that, in the words of former hostage Barry Rosen, was closer to “defeat for both sides.”

The movie dramatizes a clandestine CIA-Canadian operation that rescued six Americans who had snuck away from the embassy when it was under assault. They found a sanctuary in the Canadian Embassy in Tehran, where they stayed for 79 nerve-racking days. The plot, designed by the CIA's Tony Mendez, disguised the Americans as crew members of a Canadian company producing a film called "Argo." The six and Mendez all escaped to freedom.

I am no film critic. The exhilarating movie is widely acclaimed by critics as Oscar worthy, and Affleck is commended for his acting and directing, combining Hollywood's magic, suspense and humor with the mystique of revolutionary Iran. "Argo," a rescue story, seems to have rescued Affleck's troubled carrier in Hollywood as well.

Nor can I assess the accuracy of the movie's plot. Gary Sick, the main White House aide during the hostage crisis, confirms its basic authenticity, while some diplomats from Great Britain and New Zealand resentfully complain that the positive roles played by their respective governments were overlooked.

As someone who has written about the crisis and had discussions with some hostages and hostage takers, I enjoyed the movie, but found some aspects of it troubling. Still, "Argo" is infinitely less biased than the other movies about revolutionary Iran, such as “Not without My Daughter.”

In an age when Iran-bashing is a lucrative industry, it is refreshingly admirable that Affleck, an unabashed Hollywood-style liberal, attempts to be fair-minded. Thus, the movie starts with a 198-word narrative to provide historical context to the hostage crisis. Regrettably, the narrative contains a few sophomoric mistakes: It wrongly claims, for example, that Iran nationalized British and US petroleum holdings. In fact, American oil companies became involved in Iran only after the coup of 1953 against the popular Prime Minister Mossadeq.

The hostage crisis was strongly supported by a vocal and highly mobilized minority, while it was vehemently condemned by Grand Ayatollah Kazem Shariatmadari, secular and Islamic nationalists and the government in power, which resigned in protest over the hostage-taking. Nor, it seemed to me at the time, did the overwhelming majority of Iranians support the violence. This silent majority remained passive observers, but not supporters, of the hostage crisis. Many Iranians also considered themselves hostages of the revolution as it turned frighteningly violent and devoured its own children.

Interestingly, "Argo" introduces a member of that silent majority to us, albeit for brief moments. Sarah Shourd, the American hiker who was recently imprisoned in Iran for more than a year, has recognized the pivotal role played by an Iranian maid working at the Canadian Embassy. When the Revolutionary Guard, who knew some Americans were missing, went to the Canadian Embassy to investigate who was living in the compound, the frightened maid misled them and did not divulge the nationality of the six guests. She assured the Guard that the guests were there for only two days, and that they were “friends of Iran.” By a simple wink, she could have undermined the entire CIA operation and become a hero of the revolution. She rejected the temptation, even knowing that if her lies were exposed, she would have been sent to the firing squad. She must have also instinctively known, as did millions of people, that hostage taking was reprehensible and morally wrong.

Another flaw of the movie is what it does not do: connect the hostage crisis to the power struggle inside Iran. It is preposterous to expect an entertaining thriller to delineate the intricacies of that power struggle. However, a few lines in the opening narrative could have placed the crisis in proper context.

With one stroke, the militants took hostages and hijacked the revolution.

Before the hostage crisis, Iran was in chaos, as nationalists, leftists and Islamists fiercely competed for power, and the provisional government sought to establish a new relationship with the US. At that critical juncture, a small group of Islamist militants attacked the American Embassy. In his interview with me, Hojatolislam Khoeniha, the spiritual leader of the hostage takers, emphasized that the militants were concerned about the direction of the revolution as the government was taking positive postures toward the US. Khoeniha and his supporters were determined to reverse that trend, and they did.

Ayatollah Khomeini quickly realized the incalculable value of a confrontation with the US to consolidate his power, and enthusiastically endorsed the embassy takeover. While the country was frozen in the hysteria of the hostage crisis, a new Islamic constitution that legitimized the theocracy was approved in a national referendum. The pro-Khomeini Islamists selectively used the documents they had captured from the embassy to defame their opponents as “American spies” and mercilessly eliminate the opposition to the emerging theocracy. The period coinciding with the hostage crisis was truly a "reign of terror" in Iran.

By the time the hostages were freed in January 1981, a new theocracy was institutionalized, Iran was internationally isolated and Iran and the US had become bitter enemies. Iraq, encouraged by the animosity the hostage crisis generated between the US and Iran, had invaded Iran and the two countries were engaged in a devastating war.

When asked about his assessment of the French Revolution of 1789, Chinese Premier Zhou Enlai reportedly said in the early 1970s that “It is too early to say.” Today, thirty-three years after the hostage crisis, it is surely not too early to say that the event was an unmitigated disaster for Iran.

Mohsen Milani is professor of politics and the executive director of USF World’s Center for Strategic and Diplomatic Studies at the University of South Florida. His latest publications include “Tehran’s Take: Understanding Iran’s U.S. Policy ” (Foreign Affairs), “Iran and Saudi Arabia Square Off” (Foreign Affairs),  “Meet Me in Baghdad: Iran’s Policy Toward Iraq” (Foreign Affairs).

For additional coverage of 'Argo,' read Gary Sick’s review and our interview with Henry Precht, head of the Iranian Working Group at the State Department during the crisis.