Iraqi Shiite cleric Ali al-Sistani has drawn red lines about the candidates for the premiership and demanded that a government quickly be formed, before the scheduled date next month. 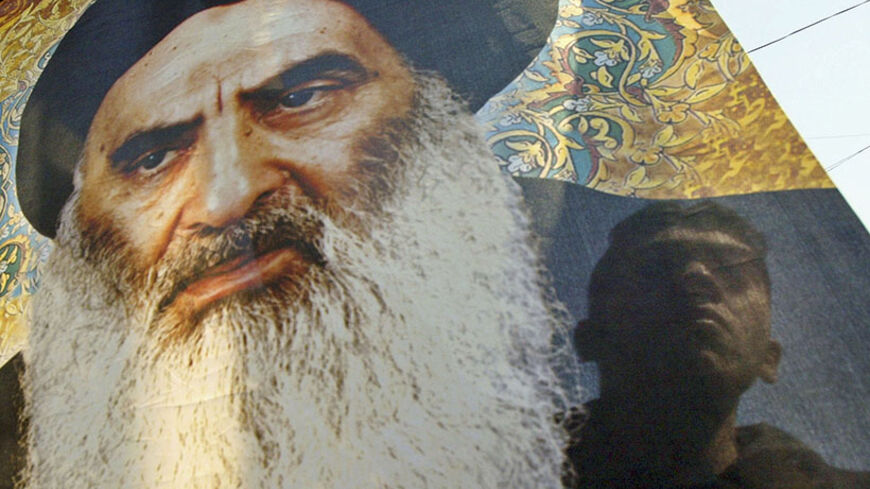 Since the start of the political process in Iraq, Shiite cleric Ali al-Sistani has adopted the approach of providing overall direction without interfering in the political decision-making of the Iraqi government. This behavior is due to his religious and political views, which prevent him from political work because he is a cleric and an important religious reference for the Shiite community.

Since the political deterioration in Iraq two years ago, Sistani has made every effort to keep Iraq from sliding into the abyss. But the faulty policies of Prime Minister Nouri al-Maliki and his determination to press forward despite warnings from Sistani have put the country in major crisis from which it cannot get out soon.

On June 20, Sistani demanded that Iraqi politicians, in the words of his designated representative Sayyed Ahmed al-Safi, convene the first session of the new Iraqi parliament according to constitutional timelines, select the three top leaders (president of the republic, parliament speaker and prime minister) and form a new government, adding that “it is very important to adhere to these timelines and not to exceed them. It is important that all blocs talk to each other and that it result in the formation of a functioning government that would rectify past mistakes, open up new horizons and (work for) a better future.”

The first parliamentary session was held on July 1, but there were no agreements to form a new government. A second session was scheduled for July 8, but on July 7 Iraqi state television announced that the second session has been postponed until Aug. 12.

Regarding the first session of parliament, Sistani’s official representative said that it was “an unfortunate failure. And we hope that the political blocs will intensify dialogue to get out of the current crisis at the earliest possible opportunity.”

But after the session was adjourned for the second time, and for a month, despite the challenges facing the country, Sistani had to take a stand against Maliki. A source close to Sistani’s office told Al-Monitor that “what was attributed recently to Sistani about the fact that there were no red lines on any candidate for prime minister, is unfounded.” This means that Sistani has drawn red lines on some of the candidates.

To find which candidate was meant regarding Sistani’s red lines, one needs to review the news reports (later denied) claiming that Sistani has put no red lines on anyone.

The news item said that “Sistani did not ask for the non-renewal of Prime Minister Maliki, noting that the cleric stands at the same distance from everyone.” This means that the candidate rejected by Sistani is none other than Maliki.

The source added that Sistani has informed the Shiite National Alliance of his extreme displeasure that the parliamentary session was postponed, demanding that understandings be quickly reached to form a government before the scheduled date for the second session on Aug. 12.

Al-Monitor was informed by a source in the National Alliance that the alliance has made ​​up its mind to reject Maliki’s nomination and has already begun searching for a replacement candidate, who is expected to be announced in the coming days.

Finally, nominating an alternative candidate to Maliki will result in the formation of a new government because Maliki is considered the biggest obstacle for an understanding among the three major blocs. That will be followed by the nomination of a parliament speaker and a president. And the blocs in charge of this matter already have understandings in principle on it.