Grand Ayatollah Ali Sistani hinted at Prime Minister Nouri al-Maliki’s intention to seek a third term, saying that Iraqi officials should not cling to their positions in power. 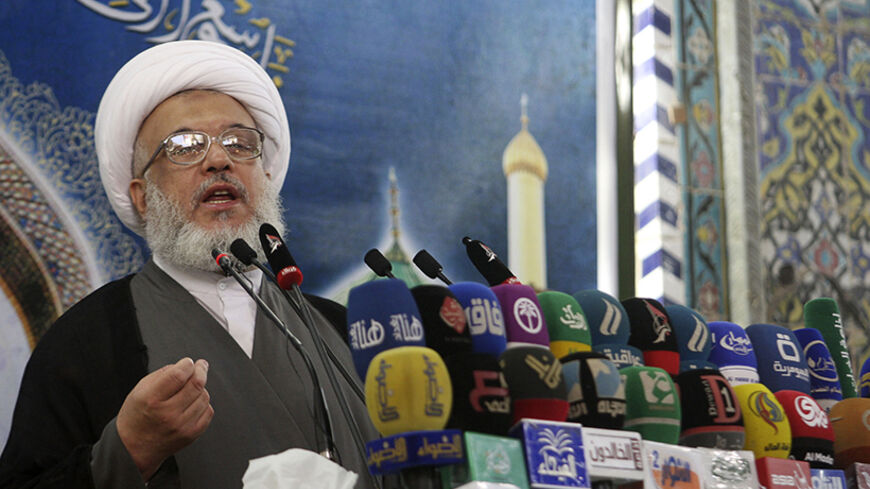 On July 25, the official website of Grand Ayatollah Ali Sistani posted an article reporting that Sistani has called on Iraqi officials not to cling to their positions, alluding to the insistence of Iraqi Prime Minister Nouri al-Maliki on seeking a third term. Official spokespeople for Sistani have previously criticized the performance of the Iraqi government, as well as the stances of Maliki himself; this, however, is the first time that Sistani has directly demanded Maliki withdraw his candidacy.

The article came in response to the stance of Sayyid Mahmoud Shahroudi — a prominent religious figure known for his close ties with Iran’s leadership and the Maliki-led Dawa Party — in support of Maliki. The website also noted the support of other Shiite religious authorities in Qom and Najaf for Sistani's position.​

In another development, Sayyid Jafaar al-Sadr, the son of the the Dawa Party founder, called on all of Dawa's leading members to end their support for Maliki, since the latter is the main obstacle to settling disputes and forming a new government.

In the same context, the Badr and independent blocs belonging to Maliki’s State of Law Coalition announced they would split from the coalition if Maliki insisted on a third term. This means the coalition would lose the majority of votes within the National Iraqi Alliance, from which the prime minister should be chosen.

Maliki sent a warning text message to the office of Sistani. Al-Monitor learned the content of the message, which reads: “It is with great dissatisfaction that I received the hint that your official delivered during the Friday sermon in Karbala about officials not clinging to their posts. The majority of Shiites and the enemies of the political process figured that I was the one concerned. This is why I ask you, as prime minister who was elected for two terms, as the leader of the largest coalition, and as the [politician] who won the highest number of votes in the third session, to clarify your stance and end your involvement in the political process and the choosing of the prime minister. [I ask you] to limit your role to the provision of religious and moral guidance to your followers and leave politics to politicians. Iraq is going through a delicate phase in its political and security history and I cannot, amid these circumstances, give up on my national duty to protect the unity of Iraq and its people and defend the rights of those who voted for me.”

The Iraqi political system is parliamentary, not presidential, and candidates' number of votes do not influence their nomination for governmental positions. They are strictly chosen through the votes of the members of parliament. The State of Law Coalition joined the National Alliance during the first parliamentary session, which makes the alliance the largest coalition and the one to name the prime minister. This alliance will be threatened with division if Maliki insists on running for a third term.

This came in tandem with news that Iran's Supreme Leader Ali Khamenei called on Maliki to step down, in clear support for Sistani’s position. These rapid developments angered Maliki, who felt the developments were quickly mounting against his wish for a third term.

Maliki expressed his anger on Aug. 6 during his weekly speech, when he warned against outside attempts to intervene in the naming of the next prime minister. He said these attempts violate the political and constitutional process, threatening that all hell would break loose if an attempt was made to unconstitutionally name a prime minister.

Clearly, this speech is Maliki’s last attempt to instill fear among his rivals related to his stepping down. This speech is, however, a far cry from being a real threat. Maliki has no political or security power to allow him to hold on to his post if Sistani and Iran explicitly oppose his candidacy.