The international legitimacy enjoyed now by Israeli Prime Minister Benjamin Netanyahu will last for a short while only, unless he renews the diplomatic negotiations with Palestinian President Mahmoud Abbas. 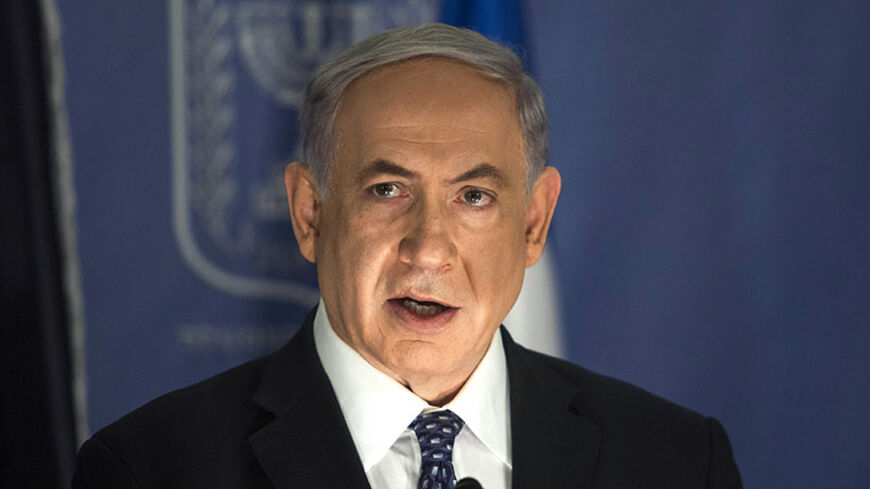 On July 20, the Israel Defense Forces (IDF) released the heavy cost that Israel had paid at the beginning of the land operation in the Gaza Strip: 13 soldiers had been killed and dozens more were wounded. Shortly after, Prime Minister Benjamin Netanyahu and Defense Minister Moshe Ya’alon held a news conference at the Defense Ministry in Tel Aviv. In the shadow of that bitter announcement, the event was a reminder of the fickleness in attitudes toward the conflict in Gaza, among the Israeli public at large but also among the political leadership.

Just two days earlier, politicians from the Likud Party and other right-wing parties were still tongue-lashing at the prime minister, accusing him of reluctance and cowardice, and of abandoning the residents of the south. At the time, political pundits explained that Netanyahu would pay a high electoral price among his right-wing voters for showing moderation in the use of military force. The situation was exacerbated by calls from Netanyahu’s main rivals in the nationalist camp, Foreign Minister Avigdor Liberman and Economy and Trade Minister Naftali Bennett, for a significant ground operation.

Over the past few days, Netanyahu has become a punching bag of sorts for the Likud. Deputy Defense Minister Danny Danon, whom Netanyahu has since fired, accused him of abandoning the residents of southern Israel and of exhibiting “left-wing slackness.” Liberman, who dismantled the alliance between the Likud and his own Yisrael Beitenu faction on July 7, toured the towns of the south that were targeted by rockets, giving interviews to the media in which he challenged the prime minister’s decisions.

On the evening of July 20, however, with the country plunged into mourning, Netanyahu stood behind the podium at the Defense Ministry and gave the impression that he was assuming the role of the responsible adult. What created this impression was not only the ground operation, which came after almost two weeks of relative restraint, but mostly it was the popular belief that this was a war of “no choice.” It was a justifiable war, which led the country to stand united behind its leaders. Netanyahu proved to the public that military restraint paid off diplomatically. He could take pride in the support he received from the United States, France, Great Britain, Germany and Canada. For him especially, this support was nothing short of remarkable, after spending years contending with international isolation in so many diplomatic situations.

The war that was forced upon him in Gaza earned Netanyahu a surprising amount of international credit. From the president of the United States to the prime minister of the United Kingdom, and from Egypt to Jordan, Netanyahu has succeeded in reviving Israel’s international legitimacy. For five years, Western leaders had mostly targeted Netanyahu for criticism because of his diplomatic refusal. They did not even believe him when he renewed negotiations with the Palestinians, viewing him as a prime minister restrained by his political right wing, which continues to build in the settlements.

During those years, Israel’s international isolation went from bad to worse. This was especially apparent in the Palestinian Authority’s diplomatic victories in various international institutions. The more Netanyahu, Liberman and other ministers from the right argued that Palestinian President Mahmoud Abbas was irrelevant, the more the Palestinian president’s status improved in the international arena. At the same time, the agreement reached by the superpowers with Iran over its nuclear program made Netanyahu’s long-standing agenda irrelevant.

Considering all of that, what happened to Netanyahu in the international arena over the past few days is a significant achievement. He received an unexpected opportunity to become a major player in a new regional coalition opposed to Hamas, together with Egypt, Jordan, the Palestinian Authority, Saudi Arabia and the United States, and with the support of Europe. Netanyahu spoke with US President Barack Obama on July 18 and again July 20, and Obama before the cameras declared his support for Israel’s right to self-defense. A phone call also took place between Obama and British Prime Minister David Cameron, which led to them declaring their support for Israel’s right to “proportionate action'' to defend itself from the barrage of rocket attacks from Gaza.

Netanyahu received a positive outcome when he decided to accept the Egyptian outline for a cease-fire, regardless of whether he did so for tactical, diplomatic reasons, or to avoid a comprehensive military action in Gaza. He acted like a reasonable leader, one not eager to go to war, and in so doing he turned Israel — at least during the current operation — from an aggressive occupying force into a country defending itself.

Internally too, Netanyahu shows that the experience he accumulated during his years in the prime minister’s office enhanced his leadership ability. The Israeli public in general and the right in particular can now see the steep toll that the IDF is paying for a ground offensive in Gaza, and realizes that Netanyahu’s reluctance was justified. Thus, he now finds himself in an excellent situation.

On the other hand, this could all change in a matter of days, when the international support he has mustered is replaced by pressure to end the operation. All it took was to hear the phone call between US Secretary of State John Kerry with one of his advisers to realize how delicate the situation really is, and how fickle Washington’s position is, too. Shortly before he was about to give an interview to Fox News, Kerry was recorded saying, “It's a hell of a pinpoint operation. … We’ve got to get over there. I think we ought to go tonight. I think it’s crazy to be sitting around.” Kerry then left for Cairo and Jerusalem. He will be arriving in the region right after UN Secretary-General Ban Ki-moon leaves, and it is not unlikely that international pressure to end the operation will then be renewed.

Netanyahu began a limited operation with quantifiable objectives. Based on what he said at the news conference, he has clearly defined for himself military objectives, namely, “restoring quiet to Israel's citizens for a prolonged period while inflicting a significant blow on the infrastructures of Hamas and the other terrorist organizations in Gaza.” He also spoke about the tunnels that Hamas dug between Gaza and Israel and their potential to be used to launch bloody terrorist attacks [and abduction operations]: “We found handcuffs and sedatives. There is no question here. This was a strategic network for Hamas.” Netanyahu also set forth diplomatic targets in support of his operational targets, when he said, “In the days before we commenced ground action, we were engaged in building the diplomatic and military infrastructure for it and we did this in several areas simultaneously. First of all, we acceded to the Egyptian proposal for a cease-fire. …These measures, along with the personal talks we held with many world leaders, built the diplomatic infrastructure thanks to which we are currently receiving international credit for the operation.”

This is Netanyahu’s time of grace. He can now reinvent himself as a key player in the regional coalition against Hamas, supported by the superpowers. On the other hand, if he is to have this support for any length of time, he must return to the diplomatic negotiating table and resuscitate the collapsed talks. It looks like Netanyahu and Abbas just got a second chance to get their relationship back on the dialogue track. The prime minister must think about the day after the current confrontation in Gaza. Otherwise, all of his achievements will dissipate, internationally and in Israel.