Israel still looking for a victory in Gaza

Hamas has turned the tables on Israel by approaching the latest conflict as a war for its very existence. 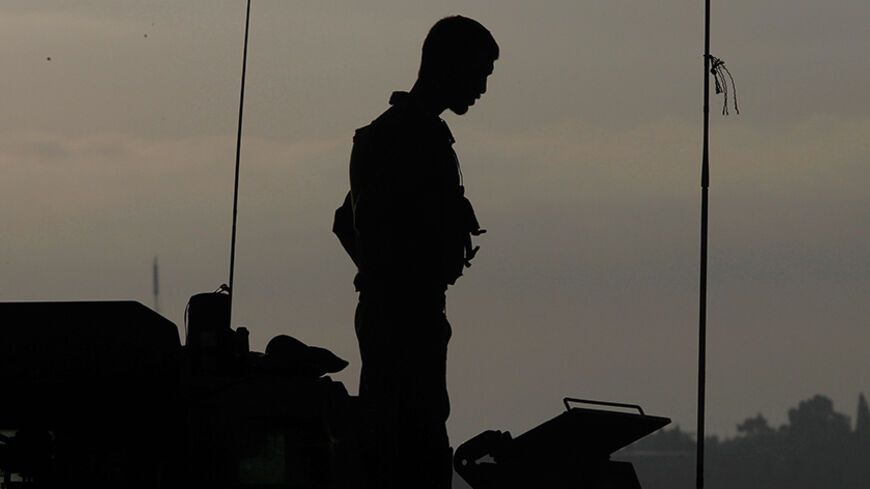 An Israeli soldier stands atop an armored vehicle at a staging area near the border with the Gaza Strip, July 31, 2014. - REUTERS/Siegfried Modola

As the picture becomes clearer, so do the details about the Israeli failures relating to Gaza. Chief among them is the intelligence blunder concerning Hamas’ intentions. All along, Israeli leaders — from Prime Minister Benjamin Netanyahu to Defense Minister Moshe Ya’alon and the Cabinet ministers — believed that Hamas was not interested in escalation and that it had no interest in seeing the situation deteriorating. Hamas, or so we were told, was looking for a way out. Even before the ground operation and even before the escalation in rocket fire which triggered Operation Protective Edge — that was the prevailing assessment. But it was wrong and caused heavy damage to Israel.

The current confrontation started with both sides having a completely different view of it. Israel believed it was embarking on a “round of fighting,” whereas Hamas knew it was entering a war. There’s an abysmal difference between a “round of violence” and war. And that’s the reason Israel is working around the clock to reach a cease-fire. It wants to understand what has happened here. Hamas, on the other hand, continues to carry out its orderly plan, exactly the way it was conceived beforehand. Israel is caught in a “round” whereas Hamas is caught in a war of existence. From Hamas’ perspective, it might even be termed a war of independence.

One of the byproducts of this situation is that Israel did not plan the events. Let’s compare it to the two previous rounds, which were meticulously planned. Operation Pillar of Defense began with the killing of Hamas’ chief of staff, Ahmed Jabari, on Nov. 14, 2012. There’s your victory photo right off the bat. It worked out because it was planned well in advance. Operation Cast Lead in 2008-09 started with a broad, surprise attack by the Israeli air force on 12 Hamas bases, during which 220 of its militants were killed during the first airstrike. That, too, is your victory photo. In today’s Operation Protective Edge, the Israel Defense Forces (IDF) are still looking for their victory photo. Hamas leaders do not raise their heads out of their bunkers. Its fighters emerge out of the tunnels or withdraw into the inner parts of Gaza City. Hamas is harassing the IDF with booby-trapped buildings, antitank missiles and explosive tunnels.

Hamas’ downfall rests in that none of the surprises it had up its sleeve for Israel’s citizens succeeded. Thanks to the Iron Dome defense system, its rockets don’t kill Israelis. Its drones have been intercepted. Its commando force that tried assaulting kibbutz Zikim was destroyed.

What Hamas has been able to do, however, is to exploit the tunnels to harm the IDF. Out of five tunnel-based assaults, three saw partial success. In the first incident, a group of Israeli officers reconnoitering and studying the Israeli side of the border were injured. In the second one, the commander of a prestigious Israeli battalion and some of the troops were wounded. In the third incident, an Israeli guard outpost near kibbutz Nahal Oz was destroyed. In that last incident, the terrorists were also able to return safely to Gaza, which was not the case in the two prior incidents.

Hamas did not take advantage of the tunnels to assault women and children in nearby communities. Usually, Hamas terrorists have no problem doing that. After all, they have already spilled the blood of hundreds of Israeli citizens. This time around, however, they acted more prudently, realizing there is a struggle over global, international legitimacy. Hamas understood that a terrorist attack on a kindergarten inside a kibbutz would provide the IDF with the legitimacy to destroy Gaza. It doesn’t want to see Gaza destroyed. On the other hand, once its militants do rear their heads out of the bunkers, they will find out that Gaza has been destroyed.

The second Israeli blunder pertains to the tunnels, which has already been discussed here. Although Israel knew about them, that knowledge did not really sink in. The third blunder was coming to terms with the establishment of a hostile military on the western part of the land of Israel. For years, Israel’s defense doctrine was predicated on the notion that the establishment of a foreign military in the area between the Mediterranean and the Jordan River was a kind of casus belli. That was considered a “red line” with which Israel could not put up. That’s the reason why the future Palestinian state should be demilitarized, the way Gaza used to be. That is, until Hamas rose to power.

Now it’s time to make amends. We need to investigate how Hamas was able to build this massive terror machine in Gaza and primarily how it was funded, with the full agreement and cooperation of every Israeli government, as well as the Bank of Israel, which is in charge of monetary policy. We need to find out how Hamas funded the procurement of munitions, research and development, the construction of rocket production lines, the seminar in Malaysia where militants were taught to use powered parachute gliders to mount terror attacks and, above all, the construction of the tunnel infrastructure.

That costs a fortune. The tunnels were dug by tens of thousands of people. A very high-ranking Israeli officer with whom I spoke a few weeks ago (before the operation) told me, “At any given time in Gaza, there are at least a thousand people digging tunnels.” Now it is allowed to reveal that those diggers were working eight-hour shifts around the clock. They were replaced every eight hours. Each tunnel saw anywhere between eight to 16 diggers, including a shift supervisor. They were well paid. They poured huge quantities of concrete. The entire lengths of the tunnels were lined with concrete. They were equipped with communication networks and three-phase electric power. They had land lines every few hundred meters. They had bifurcations in which militants can hide. They also enabled militants to alter their direction and modus operandi: from assaulting an Israeli community to assaulting a military outpost.

Over the years, continual criticism has been leveled at Israel’s policy, which allowed the regular transfer of hundreds of millions and even billions of shekels from Israel to Gaza. Furthermore, whenever a decision to “rehabilitate” the Gaza Strip was made, the world injected billions of dollars into it. Large parts of this money were essentially used to bolster Hamas and help it to build its terrorist army.

Here’s a report that was published in the Israeli press in March 2009, shortly after the Sharm el-Sheik Summit, which focused on the need to rehabilitate Gaza after Operation Cast Lead. The world’s upper crust and crème de la crème gathered there, announcing how much money they were willing to donate. Incidentally, former US Secretary of State Hillary Clinton announced a $900 million American special aid package that was to be distributed between Salam Fayyad, the Palestinian prime minister in the West Bank ($600 million), and the Gaza Strip ($300 million.) All told, $5 billion were donated to the Gaza Strip, although the donor nations said they would not transfer the money via Hamas so as not to strengthen it.

The following is the last paragraph of that article in Israeli daily Yedioth Ahronoth: “The Israeli defense establishment has said that Hamas is the one that stands to gain the most from the donor summit in Sharm el-Sheik. According to security officials, Hamas will enjoy the rehabilitation of Gaza, but will not let go of its rule. In the end, it will be relieved of the burden of assisting and rehabilitating the residents. It will be able to cement its power and tighten its grip, the sources said, and instill the Islamic hegemony in the Gaza Strip.”

This prophecy fully materialized. But there’s more to it. “The main problem,” says Israeli analyst Eyal Ofer, who has devoted the last 10 years to studying this topic, “is the cash money, in dollars, that UNRWA transfers monthly to Gaza and to which Israel agrees.”

We’re talking about a monthly sum of $13 million that UNRWA — the United Nations Relief and Works Agency for Palestine Refugees in the Near East — transfers to Gaza with Israel’s approval. It's believed that since Operation Cast Lead, UNRWA transferred some $800 million to Gaza. Ofer, as well as quite a few Israeli military experts, is convinced that most of this money helped to fund Hamas terrorism. By the way, during Operation Protective Edge, rockets ready to be fired at Israel were discovered in three UNRWA schools. On July 30, three IDF soldiers from an elite unit were killed when a booby-trapped UNRWA clinic collapsed on them.

According to Ofer, Hamas’ weaponry smuggling and production industry is yearning for dollars — only dollars. The Iranians, Libyans, North Koreans and Syrians (before the outbreak of the civil war) refuse to accept Israeli currency as a means of payment. Hamas needs dollars. What UNRWA brings into Gaza under the pretext of buying goods from Gaza’s merchants goes into that. Israel could force UNRWA to bring in goods directly, but it doesn’t. Israel continues to be the pipeline through which money is funneled and used to fuel the terrorist flames, which turn into a big forest fire every year or two. And then we need to go to war and bury our soldiers. And then — surprise, surprise — we go back to “rehabilitating Gaza,” which never gets rehabilitated, simply because it doesn’t want to be.