Israel prepares to face the UN Commission and the private complaints that might be submitted against it in the aftermath of the Gaza incursion, compiling a "defense dossier" with the footage it gathered through the operation days and even testimonies of foreign journalists who covered Gaza. 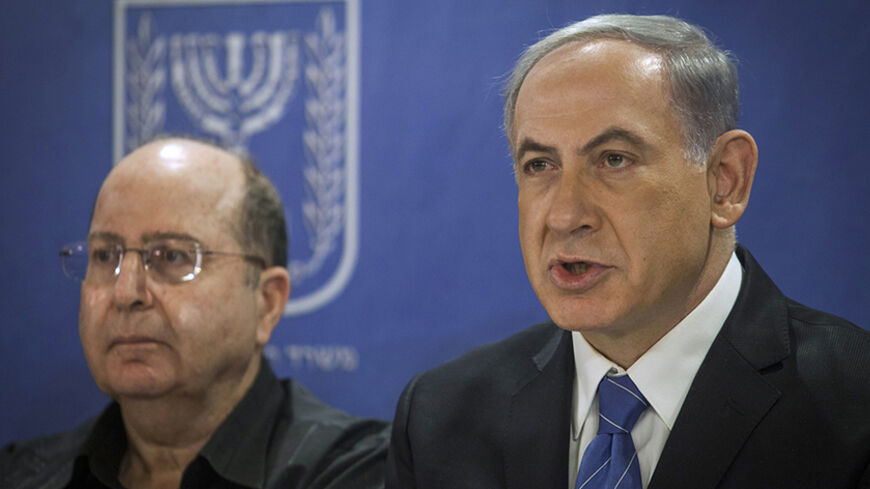 The establishment of the Goldstone Commission, aka the United Nations Fact Finding Mission on the Gaza Conflict, which investigated the operations of the Israel Defense Forces (IDF) during Operation Cast Lead in 2008-09 and published a scathing report, is etched in the memory of Israelis as a particularly traumatic event. Later on, Judge Richard Goldstone expressed remorse over the devastating report he penned against Israel, yet the damage could not be undone.

The past few years have seen quite a few international incidents whereby senior Israeli officials had to skip over “problematic” airports, such as London’s Heathrow, lest they be arrested following private lawsuits filed against them. Tzipi Livni, once Israel’s foreign minister and today its justice minister, is a case in point.

This phenomenon peaked when former OC Southern Command Maj. Gen. Doron Almog landed in London in September 2005 and was instructed by the Israeli Embassy staff there not to get off the plane when it became apparent that an arrest warrant had been issued against him in the United Kingdom. Compliant, Almog remained on board until the plane took off back to Israel.

Now it seems that the old tune is being replayed. The UN Commission on Human Rights has already announced that it will launch a formal investigation. On a visit to The Hague, senior Palestinian officials were looking into the possibility of serving indictments against senior Israeli officials at the International Court of Justice in The Hague. This has already elicited great concern in Jerusalem.

“The Commission on Human Rights will certainly walk all over us. That’s very clear,” a senior member of the Israeli cabinet told me this week. “It’s a radical anti-Israeli body as it is, so they’ll take up every chance they get to bash Israel. Our situation in the world right now is very complicated because of the images coming from Gaza. European foreign ministers call us almost on a daily basis to tell us how these images from Gaza are generating an unprecedented public wave against Israel and a noxious atmosphere that intensifies anti-Semitism. We should also expect private legal initiatives that will cause us quite a few problems,” the minister added.

In light of these developments, frustration in Israel keeps mounting. There is no correlation between the attitude Israel receives from leaders in Europe, the United States, Australia, Canada and elsewhere and what is happening on the street.

“The leaders understand us. They have the information and are aware of our constraints. The world is now more familiar with the murderous terrorism perpetrated by al-Qaeda, IS [Islamic State] and Hamas. That’s why they know that Israel has no choice but to use all the means at its disposal in order to defend its civilians. Our biggest problem is reaching out to the regular citizens — the large public in those countries who get their information only from watching the harsh images on television. They don’t know what the situation is like. They don’t really know that Hamas fires from populated areas and conceals rockets in schools. They don’t know that Hamas booby-traps clinics and hides behind women and children while killing IDF soldiers and firing thousands of rockets at the Israeli home front. What people around the world do know is numbers. When they see a disparity between the number of Palestinian casualties and the number of Israeli casualties, they are outraged.”

Yet unlike the situation during Operation Cast Lead, this time around Israel comes to this crisis fully prepared. The IDF launched Operation Protective Edge with a special written directive by Defense Minister Moshe (Bogie) Ya’alon to take photos and document all the events in real time. The objective was to collect as much evidence as possible of Hamas’ war crimes. A special dossier, called the “defense dossier,” has been prepared, containing proof by the thousands. Most of it consists of photos, video clips and other intelligence evidence, all documenting how Hamas used civilians. Testimonies from media reporters were also added to this dossier, such as the Indian team that on Aug. 4 documented Hamas militants setting up a shack under which they prepared a rocket launching pad in the backyard of a hotel in the populated and bustling center of Gaza City.

All IDF combat units now have a dedicated photographer who documents the events. Many of the combatants are equipped with cutting-edge cameras. All of Israel’s highly sensitive surveillance and video devices — from F-16 fighter aircraft to helicopter gunships, surveillance zeppelins and unmanned aerial vehicles — take high-resolution photos of everything that moves on the ground. Israel will be able to present to the whole world Hamas’ modus operandi, which deliberately turns its citizens into a strategic asset, a kind of tactical obstacle placed on the frontline to protect terrorist targets.

Many of the foreign correspondents who covered the operation in Gaza and are about to leave the Gaza Strip are now coming to Israel’s rescue. Up until now, they were subjected to Hamas terror and threats. Their films were erased and their tapes confiscated. They felt they would be truly harmed if they sent out reports of which Hamas would disapprove. Now, as reporters start leaving Gaza, many of them admit that Israel was right. This was the case with the Indian crew, and this week it’s the Italian reporter Gabriele Barbati. Once out of Gaza, Barbati admitted that he could reveal that it was a dud Hamas rocket and not Israeli fire that killed the children in the Shati refugee camp.

The reporters’ testimonies are piling up, including stories about Israeli “bombardment theaters” that were doctored, threats made against them and the fact that Hamas’ headquarters and main bunker are located under Shifa Hospital.

“I hope,” said a senior Israeli official, “that the global hypocrisy syndrome will at some point dissipate and that people — not just leaders — will actually realize what went on there. On July 6, UN Secretary-General Ban Ki-moon lashed out at Israel, demanding that the attacks on UNRWA schools be investigated. Instead, what he should do is to apologize that UN installations were regularly used to fire rockets at the Israeli home front and store rockets aimed at hurting women and children.”

Over the past few years, the Military Advocate General's international law desk has been studying the conclusions of the Goldstone Report in minute detail. In tandem, an Israeli committee headed by former Justice Yaakov Turkel instructed that a few actions and changes be introduced into Israel’s modus operandi in such operations by way of special lessons learned from the Goldstone Report.

As a result, the judge advocate general and his staff authorize targets following their meticulous examination. They nixed many targets chosen by the IDF, despite knowing full well that they were associated with a terrorist organization (Hamas or Islamic Jihad).

This topic elicited great controversy among the Israeli teams. Some believe that any structure belonging to Hamas can be deemed a target, even if it is not used for military purposes per se. Once an organization turns terrorist, so do all its assets. The office of the Military Advocate General did not go along with this and did not authorize those targets.

Particularly fierce disputes were noted between the military and legal echelons regarding the way to handle the terror and assault tunnels that Hamas had dug in Gaza. These are tunnels that sprawled into Israel and through which terrorists infiltrated the country and carried out serious terrorist attacks. Judge Advocate General Maj. Gen. Danny Efroni rejected some of the solutions proposed by the IDF to destroy the tunnels.

However, several developments in this regard have taken place. Unlike the past when a target located near a mosque, school or clinic was nixed, this time some of them were approved. “The world has already learned that Islamic terrorism exploits religious, educational and medical establishments to hide, manufacture or launch rockets,” said a senior military official. “This has been documented in countless video clips. Stashing or manufacturing rockets inside a mosque has become a routine occurrence, which is why mosques have lost their immunity.”

Either way, the “defense dossier” has been compiled. Israeli experts are now working to prepare it for presentation at every conceivable forum. In addition to this dossier, Israel also contemplated submitting an “offense dossier.” Ultimately, this idea was shelved. Yet to this day, many senior Israeli officials are of the opinion that this is a missed opportunity. “What we should have done was prepare a detailed dossier,” said a senior defense establishment official, “which would have featured every rocket launch from Gaza at Israel. It would have shown the type of rocket, where exactly it was going to hit and how many casualties it would have inflicted had it not been intercepted by the Iron Dome missile defense system.”

This senior official believes that international law should judge rocket launches with the same degree of severity, even if the missile did not eventually cause any casualties. “Iron Dome’s radar can indicate exactly the rocket’s point of impact, with a precision of just a few meters. Had we presented to the world the frightening amount of rockets fired and what their real underlying objectives were, this would have demonstrated what we’re dealing with here.”

Either way, Israel is not deluding itself. “We understand that the legal battle this time around is going to be tough,” a high-ranking official from the Ministry of Justice told me this week. The last time, Israel decided to boycott the Goldstone Commission, refusing to “take part in this rigged match.” This time, an interesting discussion in the cabinet regarding this issue is expected to take place. Not all cabinet ministers are expected to support keeping on ignoring UN fact-finding commissions, even though these forums are considered a priori to be biased against Israel.

“We have a great deal of material and we should take it to the commission,” one of the Israelis dealing with this subject has said. The final decision will be made over the coming months.