As Arab states do little to intervene in Gaza, militant jihadism continues to spread throughout the region. 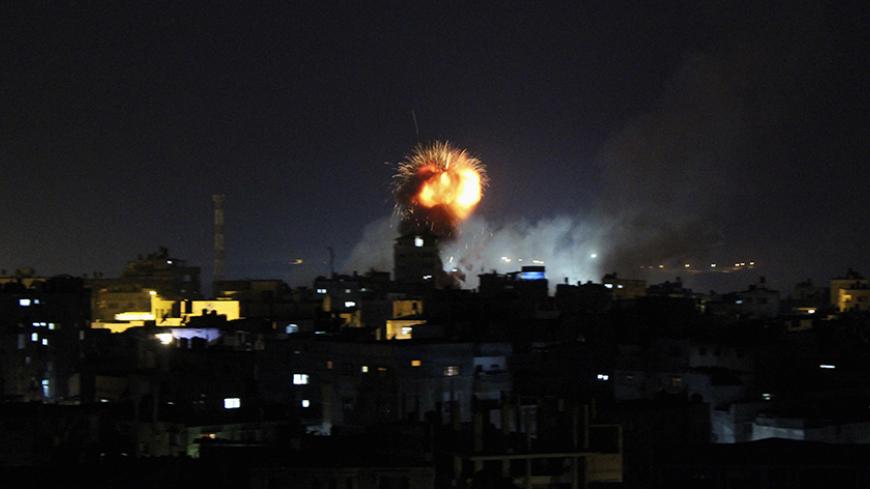 There is one big winner from the latest Gaza war — the global jihad. The televised imagery of war, violence and casualties fuels recruitment for al-Qaeda, the Islamic State (IS, formerly the Islamic State of Iraq and al-Sham, or ISIS) and other jihadist movements.

The Palestinian ideologue of the modern global jihad, Abdallah Azzam, author of "The Defense Of Muslim Lands," argued that all jihads against Islam's enemies, like the 1980s war against Russia in Afghanistan he fought in, were the necessary preliminary for the ultimate battle to destroy Israel. Azzam was Osama bin Laden's first partner in jihad and has aptly been labeled by a former head of the Mossad as "the godfather of jihadism." Azzam put Israel at the center of the jihad's narrative and ideology, where it remains today.

Since bin Laden and Ayman al-Zawahri founded al-Qaeda in the 1990s, their propaganda and recruitment drives have featured the Israeli-Palestinian conflict as the premier example of the West's "war against Islam." Images of American-built jets and attack helicopters dropping American-built bombs on refugee camps from Gaza to Beirut feature in the video messages of the al-Qaeda propaganda machine. Bin Laden spoke of how watching Israel's 1982 siege of Beirut radicalized him to target America.

The jihadists put the liberation of Palestine and especially Jerusalem at the center of their messaging. Bin Laden even put "liberating" the holy mosques of Jerusalem ahead of "liberating" Mecca from the Saudi royals. Abu Musab Zarqawi, the founder of what is today IS, always said his goal was Jerusalem ("Al-Quds" in Arabic). Their goal of course is Israel's destruction, not a "peace process."

The martyrdom messages of jihadist suicide bombers often relate that they saw their final mission as a step toward the larger goal of fighting Israel. Fighting in Afghanistan or the Maghreb is a stepping stone to Al-Quds.

The passivity and impotence of the Arab states in doing little or nothing to help the Gazans adds to al-Qaeda's message. The jihadists mock how the Arab armies do nothing to fight Israel. Egypt's military rulers are especially vulnerable. Al-Qaeda inspired jihadists in the Sinai Peninsula to regularly aim attacks at Israeli targets like gas pipelines or tourists while they accuse the Egyptian generals of being Israel's policemen. The Palestinian Authority (PA) and Jordan are also favorite targets for the al-Qaeda spin masters for "colluding" with Israel.

For years, al-Qaeda attacks were primarily rhetorical, attacks on Israeli targets were few in number, like the 2003 attack on Israeli tourists in Kenya. But global jihad is getting closer and closer to Israel now. Al-Qaeda and its spin-off IS are now major players in Syria and Lebanon, al-Qaeda-inspired groups are in the Sinai Peninsula and Cairo, the al-Qaeda franchise in Lebanon calls itself the Abdullah Azzam Brigades and the black flags of jihad are flying in Jordanian cities like Maan and Zarqa.

Some Israeli security officials have seen the dangerous trends. Tamir Pardo, the current Mossad head, has been quoted as saying Hamas is a "lightweight organization" compared to the jihadists in the neighborhoods around Israel that pose an increasing danger to Jordan, Israel's critical partner. But Israel's Prime Minister Benjamin Netanyahu has a long-established track record of turning a deaf ear to intelligence he doesn't like.

This Gaza war will probably end like its two predecessors, with Gaza bloodied but still controlled by Hamas. The cycle of violence will just spin again.

Al-Qaedaism will multiply and grow with more angry young men and women radicalized and eager to strike America.