Israeli leaders who refuse to take up the Arab Peace Initiative are missing a historic chance for peace. 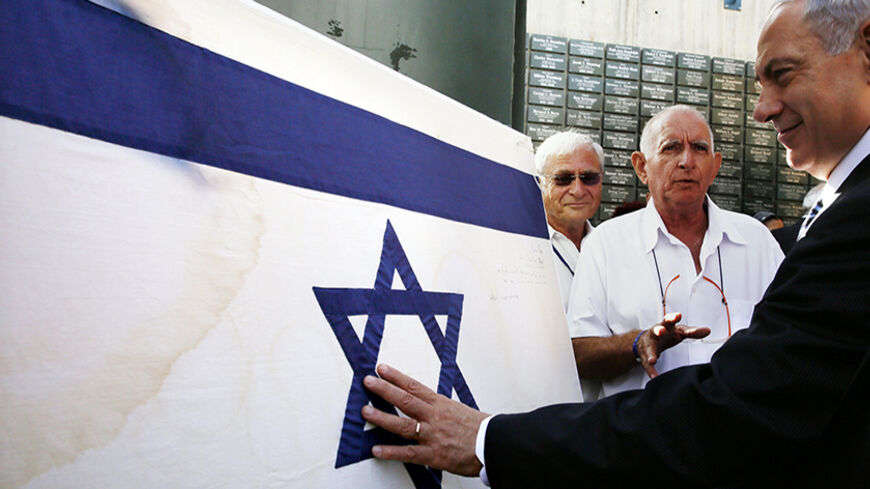 June 6 marks the 10th anniversary of the Ariel Sharon government's decision to withdraw from the Gaza Strip — a move better known by the euphemistic term "unilateral disengagement." Even though this move portrayed the Palestinian "Oslo camp" as an empty vessel and thus contributed to the Hamas takeover of the Gaza Strip, the idea of unilateralism is back on the scene. Even former Minister Yossi Beilin, one of the architects of the Oslo Accord and former chairman of the Meretz Party, recommended establishing a Palestinian state in the West Bank within temporary borders, by excluding the issues of the Gaza Strip, Jerusalem and the solution of the refugee problem.

Palestinian President Mahmoud Abbas rejected several times in diplomatic channels and even publicly the option of a state within interim borders. Hence, a plan that includes delineating an interim border not based on the 1967 lines, including in Jerusalem, agreed upon land swaps and the resolution of the refugees' problem, can only be implemented through a unilateral move. This is even more true now, with the swearing-in of the new Palestinian government, in which Hamas takes part.

Ami Ayalon, former head of the Shin Bet and a former Labor Party government minister, who with professor Sari Nusseibeh formulated principles for a peace agreement, has in recent years been urging the Israeli government to "take its fate into its hands" and adopt "independent, constructive and unconditional moves." Together with Gilad Sher, who headed Prime Minister Ehud Barak's negotiating team, and high-tech entrepreneur Orni Petrushka, Ayalon heads the "Blue White Future" movement that suggests Israel withdraw unilaterally to the line of the separation fence. They assume the Palestinian side will agree to cooperate with such a move.

Knesset member Omer Bar-Lev of the Labor Party is promoting a plan for unilateral withdrawal from 40% of the West Bank, which would require the evacuation of no more than 35,000 settlers. According to his plan, Israel will continue to control all the areas surrounding the Palestinian enclave that is formed and the airspace above. Amos Yadlin, who served as director of military intelligence and heads the Institute for National Security Studies, recently launched a plan designed to extricate Israel from the diplomatic stalemate, the main thrust of which is “to take independent steps to draw the borders of the State of Israel and improve its position in negotiations for an overall agreement with the Palestinians.”

The common denominator of the various unilateral plans is the assumption that a bilateral agreement ending the conflict is not within reach. Delineating its borders by itself is portrayed as Israel’s only alternative to the diplomatic stalemate that threatens its character as a Jewish and democratic state and its international standing. Everyone stresses that their solutions are interim arrangements, which are valid until such time as a Palestinian partner emerges.

This was also the way the Sharon government presented the disengagement plan from the Gaza Strip. A decision dated June 6, 2004, stated: “The State of Israel has come to the conclusion that there is currently no reliable Palestinian partner with which it can make progress in a two-sided peace process.” It promised that “the disengagement is not a substitute for the road map, which drew the lines of a permanent arrangement.” But, arrangements will have to wait until “a new Palestinian leadership will emerge and prove itself capable of fulfilling its commitments under the road map.” The decision further stated that “the purpose of the plan is to lead to a better security, political, economic and demographic situation,” and it would serve to “dispel the claims regarding Israel's responsibility for the Palestinians in the Gaza Strip.”

What does this sound like? A man engaged in negotiations with his spouse over a divorce agreement decides unilaterally to take custody of two of their three kids and take control of three of the four rooms in their house. He promises that this is only “an interim arrangement,” which will remain in force until such time as his spouse becomes a worthy partner for a permanent agreement on the disposal of their property. Worthy in his eyes, that is. Is such a move fitting in terms of the interest of the children? Does it have the potential to restore the trust between the two spouses and bring them closer to reconciliation? What authority would approve such brutish behavior of a bully and allow him to behave however he pleases in the disputed home until such time as his spouse becomes a worthy partner, in his eyes, for engaging in negotiations?

Prime Minister Benjamin Netanyahu is also concerned with the diplomatic stalemate. In an interview on May 14 with the Japanese daily Mainichi Shimbun, Netanyahu said he was consulting with his coalition partners and with additional people to examine alternatives to the status quo that, according to him, would lead to Israel becoming a binational state. But the prime minister rejects unilateral solutions. In an interview with Bloomberg published on May 22, Netanyahu said, “People [Israelis] also recognize that the unilateral withdrawal from Gaza didn't improve the situation or advance peace.”

Netanyahu’s latest analysis — he was a senior member of the government that decided on the unilateral Gaza withdrawal — is precise. In contrast to what was said in the government’s decision, for which he also bears collective responsibility, it did not bring about an improvement in Israel’s security, diplomatic, economic and demographic situation. But the rocket attacks on Israeli population centers, on the one hand, and the Israeli blockade of Gaza, on the other, have intensified the hostility between the two people and eroded their remaining trust in peace.

The unilateral disengagement, which was designed to manage the conflict instead of promoting its resolution on the basis of two states, played into the hands of Hamas. The organization, which opposes any arrangement that includes recognition of the State of Israel, reiterates over and over that it will willingly take any land that Israel is so kind as to hand over to the Palestinians without negotiations and at no cost.

Had there not been other plans available, the one-sided withdrawal plans could have been considered an inevitable necessity. But a far-reaching peace plan presented by the Arab League more than 12 years ago, and more than two years before the unilateral withdrawal from Gaza, is sitting on the government’s doorstep. Israeli soldiers fighting against terrorists who refuse to recognize their right to a state are not war criminals. Israeli politicians who prefer one-sided moves, who perpetuate the conflict instead of ending it, are peace criminals.