Saudi reform could include elected legislature

The kingdom would benefit from initial reforms, including an elected national assembly rather than an appointed consultative council and the release of political prisoners. 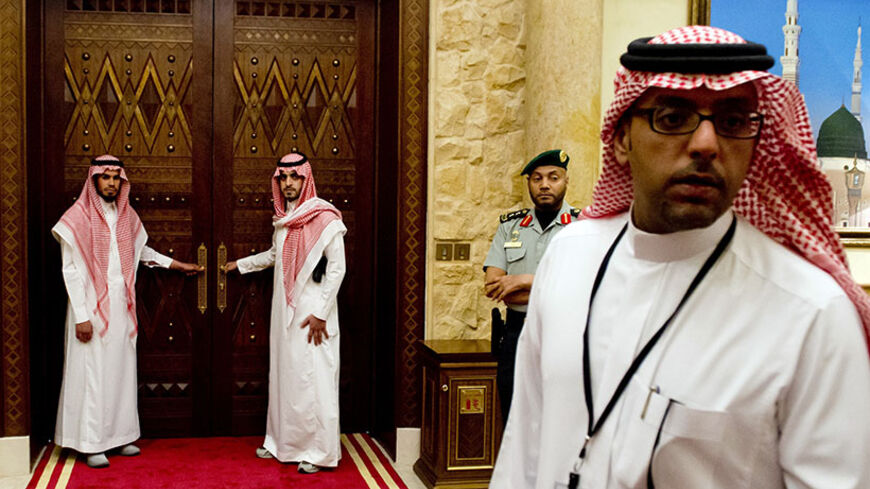 Saudi Arabia appears to have emerged unscathed from the ongoing upheavals that have gripped the Arab world since 2011. On the surface, all seems to be quiet and under control, thanks to a series of domestic, regional and international policies put in place to mitigate potential dissent in the oil-rich kingdom.

Yet, these policies may prove to be of only temporary efficacy, as they do not reflect a serious attempt to respond to the many deep-rooted challenges facing both the leadership and Saudi society. These policies have simply postponed answering big questions about the future of the absolute monarchy in a society that is heavily engaged in imagining a different political system, one in which they are given a stake, if only a limited one.

King Abdullah bin Abdulaziz surprised his constituency and the outside world when he delayed resolving the succession question in favor of the second generation of the royal family. His controversial decision to appoint his brother Prince Muqrin as deputy crown prince ended speculation about the future of the monarchy, at least in the short term. But this may not resolve the fundamental question about the second generation further into the future.

Domestically, the regime has stifled dissent and even mild criticism under new laws aimed at fighting terrorism, but extended to silence a whole range of voices calling for reform. With reformists behind bars and others facing long trials, the regime may be under the illusion that such measures are sufficient to intimidate future activists and stifle debate about urgent concerns forever.

Regular circulars from ministries threaten employees with dismissal if they are reported for criticizing government policies, undermining the security of the kingdom and tarnishing its reputation in the international media. When Saudis are so dependent on employment in the public sector, these messages resonate with people whose livelihood remains dependent on government salaries.

Intimidation usually starts before employment begins, when the youth are enrolled in local colleges or sent abroad to study. In return for subsidies and scholarships, they are expected to demonstrate total obedience to the leadership and resist the temptation to be critical, hoping to maintain a clear record to help them find employment in the future.

The exchange of benefits in return for acquiescence underpins the momentary calm of the rentier state and its welfare services. But such logic stumbles as the population grows and realizes the limits of a redistributive economy in which many will find themselves excluded, not because they have challenged their government, but because the system runs rampant with corruption, favoritism and nepotism.

The corrupt logic of this rentier state stumbled in the Eastern Province, where the Shiites contend they have not benefited from government largesse, thus remaining confined and marginalized in their cities. The government, suspecting their loyalty, succeeded in isolating the Shiites and depriving them of a share in the national wealth. A combination of sectarian politics and demonization ensured that their uprising remained a lonely adventure and a reminder to Saudis of a dangerous, alleged conspiracy supported by regional forces.

The regime has no interest in solving the Shiite problem at present. It is useful at the moment as a reminder of the threats the kingdom faces. As long as Shiite agitation continues to be an inconvenience at the margins of society, the regime is under no pressure to resolve it. In fact, it has a vested interest in keeping it alive simply to demonstrate to its wider Sunni constituency the need to support it against a suspect minority. The regime showed interest in the Shiite problem only in the early 1990s, when Sunni Islamists threatened the kingdom by rejecting its decision to invite foreign troops to defend it against an Iraqi invasion. Only then did the leadership reach out to the Shiites, fearing that common interests could override the sectarian divide and produce solidarity between various dissident groups. The current regional sectarian divide mitigates against such an outcome, and the regime is confident that its various sectarian groups will remain divided and hostile to each other.

Regionally, the regime is confident that its counter-revolutionary policies have succeeded in reversing the outcome of the Arab uprisings, at least in the countries that matter. In Egypt, the election of Abdel Fattah al-Sisi to the presidency was what Saudi Arabia had hoped for. He not only promised to crush the Muslim Brotherhood, the arch-nemesis of the Saudi regime, but will remain loyal to his Saudi and other Gulf sponsors as long as the Egyptian economy is dependent on their large subsidies. Yet, it remains to be seen how well the Saudi subsidies benefit the 85 million Egyptians and stabilize the country, and the cost to Saudi Arabia has yet to be calculated.

The same rentier-state logic that is applied domestically is extended across the region. Numerous states have become clients of the Saudi regime, from Bahrain to Yemen. But Saudi Arabia patronizes and subsidizes nonstate actors who promise to destabilize regimes opposed to it. In Syria, clients of Saudi Arabia among the rebels are numerous but all so far have failed to depose President Bashar al-Assad and install a friendly regime subservient to Saudi Arabia. All the Saudis can hope for at the moment is to keep the pressure on Assad until the regime implodes from within, which may take a long time. As long as the Syrian conflict does not spill over to other countries, the Saudi regime is uncomfortably but gradually realizing the limitations of its wealth and diplomacy.

Internationally, the Saudi regime may have already come to terms with the unwillingness of the United States to eliminate its rival, Iran. This momentary rift with the United States gave way to a more conciliatory tone as Saudi Arabia invited Iranian Foreign Minister Mohammad Javad Zarif to visit Riyadh, an invitation Iran seems in no hurry to redeem. Saudi Arabia may have to revisit its new foreign policy doctrine and accept the limitations of its ability to lessen its military dependence on the United States. Its wishful thinking seems to jar with reality for the foreseeable future.

The temporary fixes that the Saudis put in place to stifle dissent at home and return to the pre-Arab uprisings status quo may be all the regime can hope for at the moment. The long-term challenges are, however, difficult to deal with by the continuous resorting to a combination of repression and subsidies. Repression alone has never succeeded in eliminating long-overdue demands and aspirations. The regime will benefit from finding alternatives to prisons. A comprehensive reform agenda that gives Saudis of all political and religious persuasions a stake in their government is by far a better solution.

Saudis may not remain content with their status as clients who are promised prosperity, but with a substantial population remaining deprived of basic rights and representation. A first step that would no doubt diminish the need for repression is the promise of an elected national assembly to replace the limited, appointed, consultative council. A second step of similar benefit would be the release of political prisoners, whose numbers have soared in recent years. These measures will no doubt restore confidence and trust in the leadership, both currently in short supply. The regime may not feel pressured to adopt these measures, but sometimes a pre-emptive move is more useful than an ad hoc reaction imposed at difficult and more threatening times.

Internationally, the Saudi regime may have to reconsider its foreign interventions across the Arab world. The kingdom might benefit from a less assertive foreign policy and something more neutral, leaving other countries' internal affairs to their own people. Saudi Arabia can play a more constructive and beneficial role only if it is seen as a positive contributor to regional economic development rather than an anti-democratic force. For this to happen, Saudi Arabia needs to fully focus on its own domestic challenges before they erupt and sweep away the current deceptive stability.