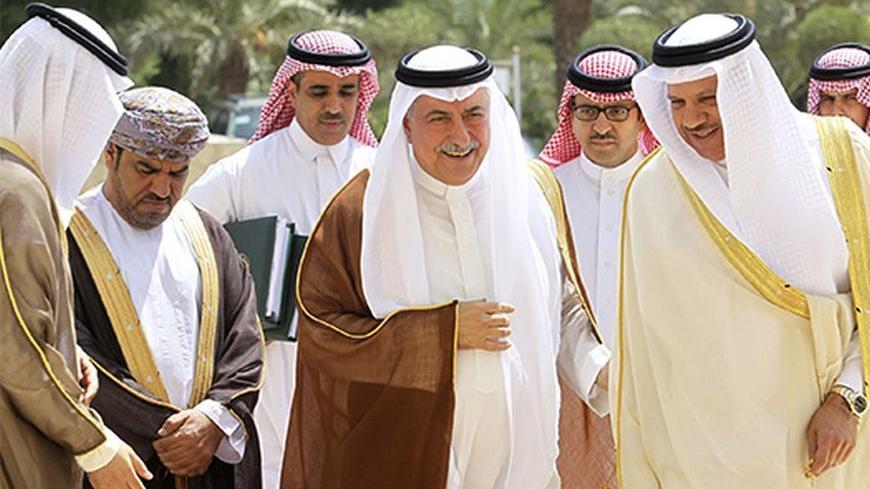 Saudi Arabia is currently facing not only a major setback in its regional Arab diplomacy, but also an increasing isolation in international forums despite its recent election to a non-permanent seat on the United Nations Security Council. On Oct. 18, a day after it was voted in, Saudi Arabia turned down the seat as a protest against the international community’s unresponsiveness to its agenda, mainly in Syria, where direct military intervention gave way to diplomacy. Previously, Saudi Foreign Minister Saud al-Faisal canceled his speech at the UN after military intervention was ruled out. Saudi Arabia is putting itself in a corner and increasing its isolation, while entertaining grandiose plans that exceed by far its own capabilities.

To remedy the situation, Nawaf Obaid proposes that Saudi Arabia revitalizes Arab alliances against regional threats. He anticipates a transformation of Saudi Arabia’s foreign policy in that it will become more proactive and assertive in ways that free Arab countries from dependency on Western support, now that this support seems to be undermined by the recent American-Iranian rapprochement.

A collective Arab security framework consisting of Egypt, Morocco, Jordan and GCC states under Saudi leadership seems far-fetched, wishful thinking. Such a security framework remains dependent on Western support, which seems to have weakened in recent months. Moreover, such a framework is destined even before it materializes to resemble a desperate club, fighting for survival amidst a region whose future and geopolitics remain uncertain, against a background where more militarization of conflict remains counter-productive and is beyond the wishes of more powerful international players.

Saudi Arabia boasts about both its successful direct military intervention in Bahrain under a GCC umbrella and fruitful diplomacy in Yemen, but both countries remain volatile up to the present day. Suppressing a true mass movement in one country and replacing one president by his deputy in another are hardly recipes for long-term stability in the Arabian Peninsula. These interventionist models have only prolonged confrontation simply because they have been imposed by mighty Saudi Arabia against the wishes of the people in those respective countries.

The military might that was deployed against peaceful protesters in Bahrain had one objective, namely the preservation of the monarchy at the expense of a truly representative government. Diplomacy in Yemen privileged the preservation of the status quo despite a changing of the guard, thus leaving both countries in prolonged limbo. These models, which Saudi Arabia had hoped for, are unlikely to be replicated in the complex Syrian context.

A collective Arab security framework under Saudi Arabia’s leadership cannot be built on tear gas and behind-the-scenes meddling in the internal affairs of its neighbors. Saudi Arabia is not a neutral arbiter of internal Arab conflicts. Yes, it has at its disposal incredible wealth, but it remains incapable of playing the leadership role in the region simply because of its own domestic situation.

Saudi Arabia is not a political model that the Arab masses aspire to emulate, nor do they seek to become its privileged clients. They certainly desire its resources, seek access to its labor market and to grab a share of its investments abroad. Yet, it stands for all the negative political characteristics that they wished to get rid of when they occupied their capitals’ squares.

A collective security framework under Saudi leadership will be a reminder of what many Arabs do not want to return to, mainly repression and security pacts against the people and in favor of autocratic regimes. This is evidenced in a recent Global Pew Survey in which favorable assessment of Saudi Arabia among those polled has dropped since 2007. The worst decline in Saudi Arabia’s rating happens to be in countries like Egypt, Lebanon, Turkey and the Palestinian territories.

The international community may have endeared Saudi Arabia for too long despite its abysmal record on human rights and increasing repression and censorship, in return for secure access to its resources. The UN has honored it with the status of non-permanent member of the UN Security Council. But Saudi Arabia is not satisfied with such steps.

By rejecting this membership, Saudi Arabia demonstrates an infantile protest, rather than the assertiveness and proactive policies forecast in Nawaf Obaid’s recommendations. The club that he anticipates Saudi Arabia would lead remains fragile not only in the Gulf, but also in distant countries like Morocco, Jordan and Egypt. Within the GCC, only Bahrain was enthusiastic about this forum moving from cooperation to unity as proposed by the Saudi king immediately after the start of the Arab uprisings. Qatar and Oman remained aloof from such a grand project and even Kuwaiti civil society was apprehensive. Equally, Morocco may well be pleased to receive Saudi subsidies but its outlook seems to be fixed towards Europe for the foreseeable future. Jordan, too, is engaged with GCC countries both economically and at the level of security, but its proposed membership in the GCC is strongly rejected by Kuwait. There remains tormented Egypt, which may be fighting several internal battles at the same time, and its return to play a leading role may be delayed for a long time. Arab alliances, let alone collective security frameworks, seem unrealistic at the moment.

Yet Saudi Arabia may strike back in ways other than diplomacy. Can proactive and assertive policies be interpreted as covert interventions that threaten social security and peace in Arab societies and beyond? Let’s not forget that Saudi Arabia has an old lethal weapon that had been effectively deployed, namely its ability to produce generations that truly believe in obedience at home and jihad abroad. While eradicating the threat of militants inside the country, Saudi Arabia has succeeded in turning jihadist effervescence abroad. In Yemen, Iraq, Syria and Lebanon, not to mention North Africa, this effervescence has increased while the Saudi scene enjoys a momentary peace. It may well come back home at some point, but for the moment it seems to be pushed beyond the borders where it becomes someone else’s problem.

Saudi Arabia must be truly disappointed with the way international diplomacy has developed on several fronts. Syria and Iran are but two obvious examples. If it really wants to make an impact, it should first start with improving its own domestic politics, which will no doubt increase its approval rating in future opinion polls, then move beyond patron-client relations with its neighbors. Neither in the Arabian Peninsula itself nor across the Arab region is it possible now to dictate a single policy or forge large alliances. The national interest of each country cannot be compromised by a single regional power that has proved to be an archenemy of democratic forces struggling to dismantle decades of marginalization and repression. Whether under the old redundant Arab League or a newly forged collective security framework, it is difficult to ensure unity against a fragmented Arab political scene that is in the process of being reshaped. Under such new circumstances, Saudi Arabia will struggle to establish its undisputed leadership.

Being a constructive member of the regional and international community is by far much better than leading a club of conservative monarchs struggling to stop the tide of change in their own societies. Meddling in other countries’ affairs will always be a disaster. In this changing Arab and multipolar international scene, the strength of nations may not always be proportionate to their wealth or aggressive military interventions. Saudi Arabia should decide how it can make an impact. This impact is not brought about by patronizing others or rejecting the international community: Both are counterproductive policies that will only increase Saudi Arabia’s isolation.