Saudi Arabia begins 2014 with an assertive plan for regional leadership. 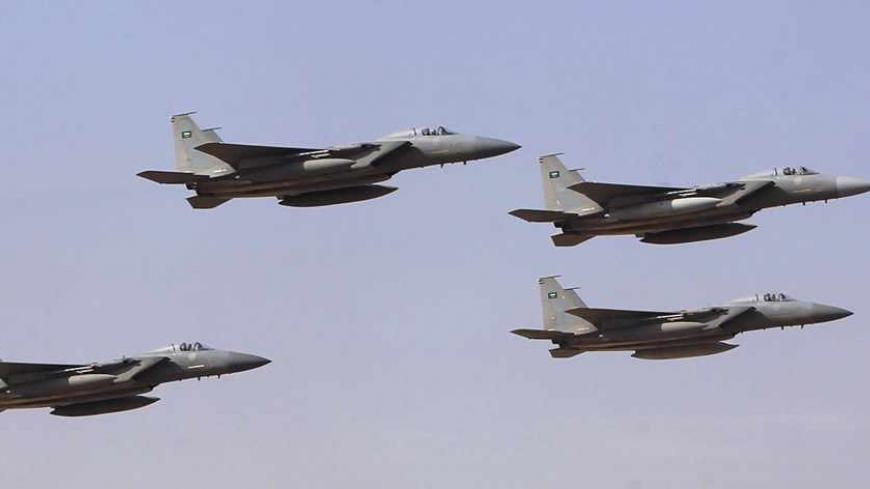 The inherent underpinning of Saudi Arabia’s emerging foreign policy doctrine is based on a clear and studied strategic posture that promotes economic stability and political security to counter and neutralize the upheavals that are tearing the Muslim and Arab worlds apart. This new proactive approach to international and regional affairs was clearly seen by the recent announcement of Nizar Obaid Madani, Saudi Arabia’s minister of state for foreign affairs, of the planned creation of the Gulf Union out of what is now known as the Gulf Cooperation Council (GCC). This is the first and most important of the pillars on which the kingdom will base its new approach to the international scene to consolidate its central standing in the Middle East and beyond.

Saudi Arabia’s economy in 2013 has grown to $745.3 billion, making it the economic and financial engine of the Middle East and North Africa (MENA) region with a gross domestic product (GDP) representing 22% of the entire economic output of the MENA region, 27.2% of the Arab world and 45.6% of the proposed Gulf Union. The kingdom’s economy is currently the world’s 19th largest (17th largest within the G20) and is expected to enter the “Trillion Dollar Club” by 2017. The Saudis are also the world’s largest producer and exporter of petroleum and have the globe’s largest sustained production capacity infrastructure at about 12.5 million barrels per day (bpd) and also have the world’s largest spare capacity currently estimated at about 2.0 million bpd or about 70% of global unused capacity.

But Saudi figures are even more revealing when compiled into data for the entire Gulf Union. The GCC has a GDP of $1.63 trillion, making it the world’s 11th largest economy, nearly on par with India’s $1.75 trillion economy. In addition, the Gulf Union would hold the world’s second largest foreign exchange reserves at about $2 trillion, with Saudi Arabia’s Central Bank (SAMA) managing just under $900 billion.

A monetary authority was set up two years ago as a precursor to the Gulf Central Bank that will be officially established in the next year in Riyadh. Finally, the Gulf Union would consolidate even more the kingdom’s hold on the international energy markets with an average production of about 20.2 million bpd and average exports of 16 million bpd. In comparison, this would represent about twice the production of the United States and more than double Russia’s exports. The Gulf Union would also hold about 90% of global unused capacity.

The new Gulf Union's economic power will be the basis of its rising political and military influence. Of utmost importance for stability in the Arab world is the creation of a military force that can successfully deter Iranian activities and assist the Syrian rebels in bringing down the Assad regime in Damascus. A military command based at its new headquarters in Riyadh will be established in 2014. The Gulf command will be built into a 100,000 standing military force with the Saudis contributing anywhere between 50,000 to 75,000 troops. The ultimate objective is to guarantee that this new global powerhouse bloc will effectively dominate and significantly alter the political, economic and security landscape of the MENA region.

Its emergence is rendered necessary by recent international political developments, most importantly the West's sudden resistance to intervening in a deplorable Arab conflict. Undoubtedly, since 1945 the Saudis have been the longest and most reliable partner of the United States. The two nations have cooperated in varying capacities to assure security and stability through various Arab-Israeli wars, the Iraq-Iran War, the Gulf War, the US invasions of Iraq and Afghanistan, international terrorism, extreme fluctuations in energy pricing and production and the aftermath of the so-called Arab Spring, most tragically represented by the ongoing civil war in Syria. Throughout it all, the kingdom has served as a stabilizing, moderating force, successfully balancing the complexities of being both the leading Muslim nation and a pivotal US ally.

But times are changing. Primarily due to the recent decision by the Americans to forego intervention in Syria, as well as a growing sense among Arabs that they have waited too long for a US-led resolution to the Palestinian crisis, the Saudis and their regional allies have begun pursuing a more rigorous and independent foreign policy. One of the most public steps in this direction came in the form of the recent announcement by the Saudis that they would refuse their seat on the UN Security Council. While some derided the decision as irresponsible, the Saudis, for good reason, see it as quite the opposite. With the West's unwillingness to sanction military intervention in Syria, seemingly leaving the Middle East problems to their own devices, the kingdom finds itself with a host of problems in its own backyard that it must deal with on its own. But it is important to note that while doing so may render its strategic partnership with the United States and certain European countries more complicated, this new Saudi assertiveness is no slap in the face; rather, it is the necessary action of a nation that is not only growing in power but also finds itself with heavy new regional and global responsibilities.

The nature of these responsibilities will ultimately entail a new collective Arab security framework led by the kingdom. Certainly, this shift away from Western dependency and toward more locally led interventions will take some time, but it is an important and inevitable step, brought about by two central, recent revelations. First, while Saudi Arabia has grown stronger in the last two decades, all of the other main Arab states, Egypt, Iraq and Syria have grown weaker, and in some cases stopped functioning as sovereign states. Second, the majority of the Arab states have come to see that only through a credible alliance can they rise to meet the challenges of their region and bring about a new security paradigm for the Arab world, as there is a growing consensus that only through collective credible engagement can each assure its own survival.

While these developments can be viewed as coming from discoveries being made by each country vis-a-vis the necessities of its own continuance, there is also a historical trend that is lending urgency to these changes. Essentially, the age of the small, go-it-alone Arab state in the Middle East is coming to an end. The future belongs to large confederations. As outlined by the world's leading theorist on nationalism, Anthony D. Smith, there are six “logical corollaries” that must be in place for an independent nation-state to prosper. First, the state must be able to secure fraternity and equality among co-nationals by integrating them into a homogeneous unit. Second, it must be able to unify extraterritorial nationals into a single nation. Third, it must be able to stress cultural individuality through national difference. Fourth, it must achieve economic autarchy and self-sustaining growth. Fifth, there must be attempts to expand the state to maintain international power and status. Finally, institutional changes must continually renew the cultural and social fabric of the state. Without these corollaries, states are doomed to struggle and splinter.

The aftermath of the so-called Arab Spring has shown how deeply lacking numerous Arab states are in these vital state-building and state-maintaining elements. Hence, the various struggling states one now finds throughout the Arab world. Only through collective economic, social, political and military involvement with each other, geared toward bolstering each state's institutions and security through the shared engagement of all, will the smaller and less powerful states in the region be able to survive. In essence, for Arab states facing the challenges of Iranian meddling, economic hardship, governmental breakdown, political factions and social dissolution, a form of unity or confederation is now an imperative should they wish to maintain statehood.

Despite what the skeptics say, it is clear what lies ahead for the Arab world. The kingdom will continue to pursue a reinvigorated, proactive and assertive foreign policy, and under its auspices the Gulf Union will be established in 2014. Indeed, these developments will not only occur, but they will sweep aside any nation disinterested in joining them, as can be seen in the case of Oman, which due to its relative strategic insignificance based on its small size and limited diplomatic reach, will increasingly be sidelined and ostracized, in the Arab world and beyond.

Given the facts and trends described above — the West's new anti-interventionism, the need for a local indigenous force to deter Iran and solve the Syrian crisis and the emerging difficulties that small states are facing in ensuring their own nationhood — the future of the Arabs is clearly moving in one direction: toward economic interdependence and collective security a la Gulf Union project. Those who wish to join this development will most certainly find prosperity and political stability. Those who decide to work against it are likely to grow increasingly mired in the misguided policies of self-defeat.