The kingdom should give priority to a regional initiative in Syria and a collective security framework for maintaining order in the Arab world. 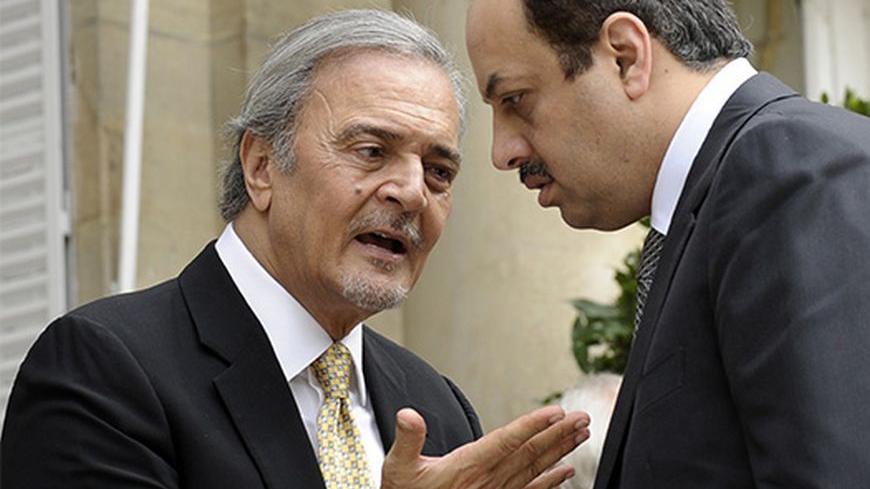 RIYADH — Something quite significant, yet little reported, occurred at the annual UN General Assembly in September. The Saudi foreign minister, Prince Saud al-Faisal, had been scheduled to address the assembly on Oct. 7, but on short notice he announced that he would not be delivering his country's message. The reasons were clearly the kingdom's shock at the weak global response to the enormous tragedy unfolding in Syria, due to a dysfunctional and inept UN Security Council, as well as the continued inattention to the issue of Palestinian statehood.

What few seem to understand is that such a powerful gesture is not merely symbolic. Rather, it will be accompanied by concrete policy changes and rectifications in the coming months and years that are going to set the tone for a completely transformed Saudi foreign policy. Saudi Arabia, the world’s energy superpower, and the economic engine and last remaining political heavyweight in Arab world, will continue for a variety of reasons to take a far more proactive and assertive role in maintaining stability and security in the Middle East and North Africa and the broader Muslim world.

First and foremost, the Syrian tragedy clearly represents a turning point in the historical practice of the West in intervening in the Arab and Muslim worlds. As has been shown during the last two and a half years, the United States, United Kingdom and France no longer have the political and economic stomach to unilaterally engage their militaries in the region. While the so-called Arab Spring brought about a host of revolutions and significant transformations, leading to varying degrees of instability and opportunity in numerous Arab countries, the West's disengagement is going to trigger even more important implications as regional realignments of sovereign borders and military alliances usher in a transition period from which only the largest and wealthiest states will emerge intact or strengthened.

Second, while many in the West are hailing the statements of the new Iranian president, Hassan Rouhani, as indicating his nation's interest in a rapprochement after years of tension and sanctions, the Saudis have welcomed Rouhani’s sensible rhetoric but are in no position to simply trust that change is imminent from Iran and therefore ease their vigilance and engagement. Saudi Arabia and Iran are on opposite sides of the Syrian conflict and various other regional complexities. In order to meet this daunting challenge successfully, the kingdom will have to be more proactive, but also develop a new national security framework to increase its capacity to successfully handle crises across the Muslim world.

Growing Iranian involvement in Syria will lead to increasing the Saudis' stake in the situation, as the two leading regional powers seek predominance in resolving that conflict and emerging as the most influential arbiter post-conflict. Considering the shift in Western and regional international priorities — as well as the current political climate and regional stakes in the Syrian conflict — there is a realization in Riyadh that it is time for the major Arab powers to prepare a response for maintaining order in the Arab world and to counter Iran's expanding infiltrative policies. The kingdom and its regional allies will increase their support to the Syrian rebels and prevent the collapse of collateral nations, such as Lebanon and Jordan. The removal of the tyrannical regime in Damascus is simply too important for the future of the Arabs.

Saudi Arabia has recently proven its growing political strength in regional affairs, having successfully spearheaded resolution of the situations in Bahrain and Yemen. In spring 2011, the Bahraini monarchy realized that what had begun as a genuine popular plea for reform in their country was being hijacked by Shiite theocratic revolutionary movements. As Iranian intentions became more apparent, the Bahraini leadership activated the Gulf Cooperation Council (GCC) joint defense treaty, in effect since 2000, inviting a Saudi-led GCC force to assist in securing the vital and critical infrastructure of the state.

Saudi Arabia acted to affirm that the stability and security of Bahrain was integral to the GCC and its common vital interests. Relying on intrinsic pillars of the Bahraini state, that is, the monarchy, political institutions and civil society, the Saudis used their diplomatic might to lead a collective strategic response to the Bahraini crisis and checkmate Iran's revolutionary intentions. Thus, as the Western powers showed no sign of directly supporting the Bahraini monarchy, the Saudi-supported GCC force was dispatched to create a political environment suitable for dialogue. This allowed the Bahraini government, under the leadership of Prime Minister Prince Khalifa bin Salman, to steer clear of the fate of other failed regional states weathering upheaval.

In a similar vein, Saudi Arabia took on the role of regional problem solver in November 2011, when it spearheaded a solution to mounting civil unrest in Yemen and the resultant political deadlock between President Ali Abdullah Saleh and the popular opposition movement calling for his removal. Although the Yemeni revolution initially looked to reduce the country’s unemployment, strengthen the economy and curtail government corruption, like many Arab Awakening movements it quickly escalated into a call for the ruler’s resignation. As the revolution spiraled from organized demonstrations to violent clashes, tribal warfare, secessionist movements and the ascendance of terrorist cells, Saudi Arabia and the GCC could no longer consider the situation a local affair. Reintroducing stability in Yemen became imperative for regional security. The Saudis recognized Saleh no longer stood as a protector of stability, but as the opposite.

Once Saleh was identified as an obstacle to Yemen’s well-being, a Saudi-instigated GCC transition plan removed Saleh in exchange for immunity for him and his family. While both Saleh and the opposition seemed receptive to the agreement, the president began to backtrack and refused to sign. This tug-of-war between Saleh, the opposition and the GCC went on for months, exacerbating the political and economic chaos and bringing Yemen to the brink of civil war. Ultimately, however, Saudi leaders convinced Saleh to sign the power transfer agreement in Riyadh. The deal, signed by Saleh and the opposition movement, mandated that Saleh relinquish the reins to his vice president, Abedrabbu Mansour Hadi, until a new head of state could be fairly elected. An election held in February 2012 resulted in Hadi remaining in power. Since then, the kingdom has kept a close eye on Yemen as it transitions with a less-corrupt, unity government that has expanded to include a prime minister from the opposition.

The economic, political and military cover that Saudi Arabia and its GCC allies brought to Bahrain and Yemen proved pivotal in returning these countries to stability. A similar, but not identical regional initiative should be considered for significantly expanded action by the Saudis in Syria. It is absolutely vital that a Saudi-led regional project succeed there.

The only way the Arab world can make progress is through a collective security framework initially consisting of Saudi Arabia, Egypt, Jordan, Morocco and the GCC nations. It is time for the Arab states, working through a much-needed, reformed Arab League, to assume responsibility for their own region and work together to increase their collective security. Such a shift away from Western dependency and toward more local (and successful) interventionism will take some time. While Saudi Arabia has grown stronger in the last two decades, the other traditionally dominant Arab countries — Egypt, Iraq and Syria — have stalled, derailed or altogether abandoned state-building efforts to prioritize their survival. Despite this, through ever-growing Saudi leadership, a revitalized Arab alliance can and must rise to the challenge and prepare for a new paradigm in the security of the Arab world.

Nawaf Obaid is a fellow at the Belfer Center for Science and International Affairs at Harvard University’s Kennedy School of Government and a senior fellow at the King Faisal Center for Research and Islamic Studies.