For Israeli Prime Minister Benjamin Netanyahu, the kidnapping of three Israeli teenagers may vindicate his tough stance on Hamas. 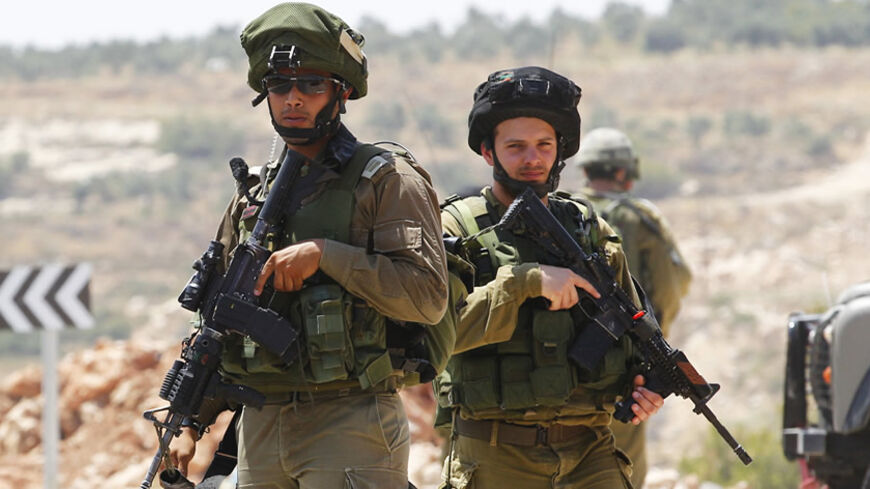 Like the sword of Damocles, this is Prime Minister Benjamin Netanyahu's worst nightmare. Indeed, it is the nightmare of any Israeli prime minister or of any Israeli citizen for that matter: kidnapping.

In terms of ranking the pain and pressure, soldiers would always be at the top of the list. That was the case with Gilad Shalit, whose abduction occurred eight years ago (June 25, 2006). After more than five years in Hamas captivity and following rallies, marches and heavy pressure wielded on Israel's decision-makers on his behalf by a whole country, he was returned home. Ranked second would be civilians. Yet, it would depend also on where they hail from. Tel Avivians would enjoy a broader consensus compared with settlers, for example. And the younger they are, the more painful the situation.

The case at hand involves three religious — albeit not ultra-Orthodox — teenage rabbinical college students, aged 16-19, two of whom reside in the territories. Apparently hitchhiking late Thursday night, June 12, they got a ride from their college in the Etzion settlement bloc, but have since vanished into thin air, although one of them did manage to call the police at real time and inform them of the kidnapping. Investigators were scrambled to this vast region located at the southern tip of the West Bank, close to the Negev desert, and all of the Israel Defense Forces (IDF) followed in their footsteps. As this article is being written, three youths vanished without a trace, leaving the IDF and Shin Bet without a lead, thus prompting the start of uneasy Israeli public hysteria.

The climax of this new kidnapping incident, which changes Israel's agenda, seems to have taken place on Friday, June 13, at around 9 p.m., when the Reuters news agency based in Jerusalem received a flyer, from an unknown Salafist organization describing itself as the Hebron branch of the Islamic State of Iraq and al-Sham (ISIS), that claimed responsibility for the act. In recent weeks, ISIS, an al-Qaeda splinter group, has begun making a greater name for itself across the Middle East.

Having recently occupied Mosul, its militants, according to reports, are taking the Iraqi military apart and marching toward Baghdad and have also reportedly taken northeastern Syria. If ISIS is now implicated in such an overwhelming terrorist act — just a short ride from Jerusalem — this can certainly be considered a watershed event.

As noted in the previous article, the emergence of ISIS as a central terrorist force that has taken over vast areas in two countries, thereby imperiling the integrity and sovereignty of Iraq, and the possibility that it has planted islands of terror in Israel's periphery — considered in and of itself the "holy grail" for any Islamist — have stirred the imagination across the Middle East. It is thereby giving rise to concern among all governments in the region. But given that the flyer that claimed responsibility for the kidnapping appeared shoddy, the Israeli defense establishment scrutinized it with great suspicion.

On June 15, at the start of the weekly cabinet meeting, Netanyahu dropped the bomb, announcing that Hamas had kidnapped the three Israeli teens. In a short statement the evening before, he had only alluded to a "terrorist organization" that was responsible for the abduction. During the night, the IDF and Shin Bet arrested dozens of Hamas militants in the West Bank, mainly from the southern environs, which are considered the organization's well-established stronghold. It is believed that the incriminating evidence about Hamas' involvement was gathered overnight. It is the same Hamas that ever since the start of the incident has maintained radio silence. Its leaders are saying that they "know nothing about this," while its troops in the Gaza Strip appear to be edgy. If Hamas is indeed responsible for the abduction, this constitutes a security, diplomatic and geopolitical event of the first order. There is no telling how the parties will emerge out of this, or when.

Netanyahu could not have possibly asked for anything better. If the issue is terrorism and if three youths have already been abducted, it might as well be Hamas. Having been left isolated on the international arena following his attempts to convince the world that the reconciliation between Fatah and Hamas was unacceptable, Netanyahu received unexpected aid with this abduction. The guilt now shifts to the other side, allowing the Israeli premier to say what he loves saying the most since his emergence on the international scene: "Told you so."

So now, instead of resuming the negotiations, applying pressure on Israel and leaving it in splendid isolation, the international community will be busy condemning Hamas and demanding the release of the kidnapped teenagers (presuming they are still alive.) On the other side of the barricade, Mahmoud Abbas, the president of the Palestinian Authority, finds himself in a bind he cannot extricate himself from without breaking each and every one of his bones. The American statement on June 13 "framed" him as a collaborator with Israelis, who, in turn, have been shunning his government. Now he is required to demonstrate security cooperation as the IDF and Shin Bet leave no stone unturned in the Palestinian territory, arresting dozens of militants from Hamas and other organizations. What else does one need to do to look like a collaborator?

Meanwhile, the situation on the ground is heating up fast. Senior Hamas members are among the many detainees arrested since Saturday night. The IDF deployed the Iron Dome rocket interception system near the big southern city of Ashdod, perhaps as a preparatory measure ahead of a large punitive operation against Gaza. For the time being, the current situation has silenced attempts, which have been taking place in recent weeks below ground and under the radar, to start talking quietly about new formulas to resume the diplomatic negotiations. Addressing mainly theoretical rather than applicable models, these attempts were made primarily by US Secretary of State John Kerry's team vis-a-vis Tzipi Livni, the Israeli justice minister and chief negotiator. At this time, it stands to reason that there is nothing to talk about and that there is no point in wasting that kind of energy.

Knesset member Isaac (Buji) Herzog, chairman of the Israeli opposition, said over the weekend, "We are sitting on a powder keg and the area could ignite rapidly." Receiving constant updates from the prime minister, he knows what he is talking about. Netanyahu, in contrast with his right-wing image and rhetoric, is considered a very cautious prime minister, perhaps one of the most cautious premiers the state has ever known. He avoids embarking on unnecessary wars. Once bitten (the abortive assassination of Hamas political bureau chief Khaled Meshaal in 1997 and the opening of the Hasmonean Tunnel during his first term in office in 1996), he is twice shy.

During his term, the number of Israel's covert operations far away from its border has gone down and Bibi (Netanyahu) hesitates considerably before allowing anyone to pull out the safety pin or squeeze the trigger. In the past year, something has changed. And the person responsible for that change is Moshe Ya'alon, the defense minister and former chief of staff. Versed in security matters, he exudes confidence and resolve. Since the establishment of the current government, Israel — according to foreign reports — has carried out quite a few strikes away from its borders including in Syria, Lebanon, the Horn of Africa and elsewhere. All these events passed without incident.

The question remains whether today's pivotal event, which started the night of June 12 — there is no telling where it will end — will also pass in the same manner. Unlike previous times, the prime minister does have a vested interest in heating up the ground. Last week, he sustained a resounding defeat in the battle over the election of the president (the candidate he was trying to block, former Knesset Speaker Reuven Rivlin, was elected as the country's 10th president.) He is losing his political traction in his own Likud Party and his popularity is sagging. But lo and behold, Netanyahu has an opportunity to return to his element, to the square that is his comfort zone — the one that no one else within the Israeli public vies for — namely the security square. The problem is that even those who can dance quite skillfully in that square, as Netanyahu does, can occasionally trip and fall.