As Israel deals with the kidnappings, US-Israel relations are at an all-time low. 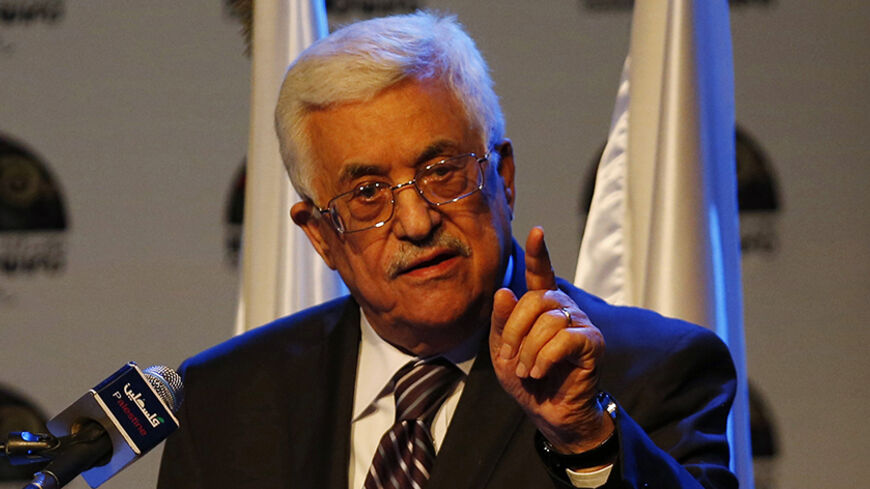 Palestinian President Mahmoud Abbas gestures as he speaks during a conference in the West Bank city of Ramallah, June 19, 2014. - REUTERS/Mohamad Torokman

During the discussions held by Israel’s defense and political establishments in the first two days after the kidnapping of three Israeli teenagers on June 12, one question was largely debated: Why had the Palestinian Authority, or its leader, not yet condemned the act?

One participant in those discussions, a seasoned Israeli diplomat, suddenly stood up and pointed out, “The Americans haven’t condemned the act, either.”

The man was both right and wrong. Technically speaking, he was right. On Saturdays and Sundays — the weekend in the United States — the American establishment is off duty, and for all intents and purposes, nonexistent. In the United States, the sanctity of the weekend is compromised only on rare occasions. Our case — namely, the kidnapping of three teenagers — constituted nothing out of the ordinary.

But the diplomat was also right because US-Israel relations — in particular, the relations between the White House and the prime minister's office in Jerusalem — are at an all-time low, as discussed here in Al-Monitor last week. In this regard, one of the most knowledgeable and experienced people on the White House-Jerusalem axis, told Al-Monitor this week: “Never before has there been such a rupture between an American president and an Israeli prime minister. Right now, there is no communication between President Barack Obama and Prime Minister Benjamin Netanyahu. The Americans do not want to hear from Netanyahu and the White House shuns any direct or intensive link with the Israeli premier.”

The senior official went further into detail and said the “hotline” that used to exist for many years between US presidents and Israeli prime ministers is out of service. But there's more. Ron Dermer, the Israeli ambassador to Washington, is an unwelcome guest at the White House, and national security adviser Susan Rice would not meet with him at all. Messages are not being communicated regularly. There is no coordination or continuous and close communication. According to the source, the only one who remains welcome at the White House and is able to relay messages is Netanyahu’s special envoy, attorney Yitzhak Molcho. For those needing a reminder, Molcho is a private attorney who is neither a civil servant nor an Israeli official, and whose offices Netanyahu uses on a personal basis. Apart from Molcho, the senior official added, nothing else is going on. A cold, hostile gulf separates the White House from the prime minister's office in Jerusalem.

This may have been why the Americans were the first to come out with a clear statement to the effect that, in terms of intelligence and operational activity, the Palestinian Authority’s security bodies were fully cooperating with the Israeli forces in an effort to track down the abductors. Eager to excoriate Israel and “set it straight,” the Americans incriminated Palestinian Authority President Mahmoud Abbas, shaming him in public before his own people. At the time, the US statement was issued, countless Palestinians were in a state of euphoria over the kidnapping. All of a sudden, however, they realized that their leader was taking action to find the Israeli teenagers or track down their kidnappers, who are considered to be national heroes in Palestine.

Either way, the crisis is still on. Beefing up their presence in Judea and Samaria by 10 brigades, the Israel Defense Forces (IDF) dispatched 5,000 to 7,500 troops who are moving from town to town, village to village and house to house. Shin Bet is employing all its resources.

It is believed that the three abducted teenagers have not been whisked away and are still somewhere in Judea and Samaria. The initial assessment was that they were located in the Hebron environs. The search has been expanded to other areas under the assumption that the kidnappers may have transferred them elsewhere.

Here in Israel, the chances that the kidnapped teens are still alive are believed to be slim. The fact that there has been no sign that they remain alive and that no demand for any ransom has been made, compounded by the time that has already elapsed, have led investigators to a somber conclusion. That being the case, it can be said unreservedly that, unlike the case of the two Israeli reservists, Ehud Goldwasser and Eldad Regev, who were kidnapped by Hezbollah in 2006, there is no clear-cut and conclusive evidence that the kidnapped teens were killed during their abduction.

As is ofttimes the case in the Middle East, this event could develop in any direction. The region may experience deterioration, thus crushing the relative quiet enjoyed by West Bank residents — Israelis and Palestinians alike — and propelling the region into a new intifada. It may also end without further deterioration and with relative quiet.

In the diplomatic sphere, this event set in motion a fascinating mechanism between Abbas’ Fatah and Gaza-based Hamas. For the time being, Abbas has stopped and suspended the reconciliation process with Hamas. In closed talks, the Palestinian leader says that if it turns out that Hamas indeed is behind this abduction, the reconciliation will be discontinued and annulled immediately.

Addressing the Organization of Islamic Cooperation this week, Abbas dropped a powerful bomb, lashing out at the perpetrators of the terrorist act, denouncing them and stating that the abduction would change the internal relationships within the Palestinian people, prompting a “different discourse” between the parties.

From the start, the Palestinian reconciliation, as reviewed here as well, was said to be an artificial move that no one predicated would stand much success. Abbas himself did not think that Hamas would accept all his demands, some of which were draconian, and sign a reconciliation agreement so quickly and obediently. The conditions were stringent: The prime minister would be one of Abbas’ associates; the ministers would be appointed by him, and Hamas would have no representation in the government; there would be no minister for prisoner affairs (as Hamas demanded), and the list goes on and on.

Having its own strategic motives, Hamas crawled into this cage with its eyes wide open. In the past year, it has lost altitude rapidly. Some describe it as a stall leading to a nose-dive and a subsequent crash into the ground. From one day to the next, Egypt turned from a staunch supporter to a hostile force that considers Hamas to be the national enemy. Israel remained Israel. Iran turned a cold shoulder to Hamas after it abandoned Syrian President Bashar al-Assad in Damascus. The standard of living and the economy in the Gaza Strip quickly declined. The contraband tunnels in the Sinai Peninsula were sealed off by the Egyptians. The border crossings were closed and the siege reached into people’s pockets and bellies.

Hamas came to the realization that if it did not invite Abbas into its tent, the latter could catch fire and consume the whole organization. The reconciliation agreement was aimed at keeping Hamas as a ruler yet without ruling. Khaled Meshaal, the organization’s political bureau chief, and Ismail Haniyeh, the prime minister, had hoped to shift Gaza’s plights to Abbas while continuing to rule the ground as well as keeping the military forces and government institutions. They had hoped that the concocted admixture would somehow work.

The abduction threw a wrench in this plan and might scuttle it altogether. In Abbas’ surroundings, this terrorist act is deemed to be a strategic act against the Palestinian Authority; a slap to the president’s face. It remains unclear whether Hamas leadership was in the know about the abduction, despite the fact that Israel produced an audio tape from about a month ago in which Meshaal was heard promising to “bring good news shortly.”

In the wake of the abduction, Abbas realized that he let a scorpion in his bed — the kind that cannot always suppress its stinging instinct. During the reconciliation process, Hamas members were asked repeatedly whether they pledged to stop the terrorist acts against Israel, to which they replied in the affirmative. Now it turns out that their check bounced.

This is the way things stand at the moment. The Palestinian reconciliation agreement is hanging by a thread, and in reality it's pretty much nonexistent. Although its obituary has yet to be published, we nevertheless need to bear in mind that anything is possible in the Middle East and that the tables can turn in no time. An Israeli operation that would claim the lives of many Palestinians might reunite Fatah and Hamas. Whether this would be a positive or negative outcome is in the eye of the beholder.

Until that happens, the recent Palestinian reconciliation agreement can be summed up like all the ones that preceded it: It involves a lot of noise, little content, but above all it has no future.