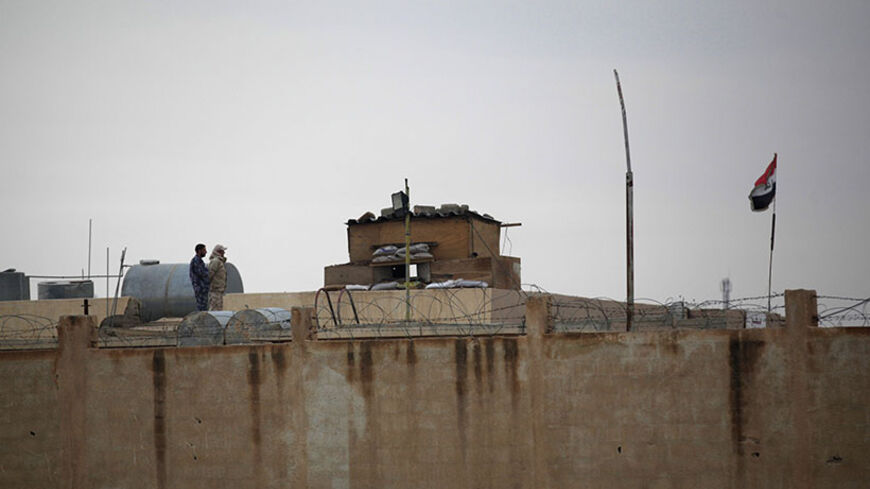 Iraqi soldiers stand beside Al-Yaroubia crossing in the province of Hassakeh, Nov. 10, 2013. - REUTERS

ERBIL, Iraq — Iraqi Kurdish peshmerga forces have seized most of the borders that divide the landlocked Kurds between Iraq and Syria, with increasing public support from both sides of the border. Kurds in several cities in Syria rallied in support of the Kurdish fighters that are engaging the Islamic State of Iraq and al-Sham (ISIS) both in Syria and Iraq, but unity between rival Kurdish parties is no guarantee.

Peshmerga forces affiliated with the Kurdistan Democratic Party (KDP) of Kurdistan Regional Government President Massoud Barzani secured most of the Iraqi-Syrian border areas of the province of Mosul on June 10 after the fall of the city to ISIS.

Importantly, they have secured most areas surrounding the previously Iraqi-controlled Rabia-Yaroubia border crossing. The Yaroubia crossing was captured by the Democratic Union Party (PYD), which is affiliated with the Kurdistan Workers Party (PKK), in October 2013 in cooperation with the Iraqi government to circumvent the Turkish and KDP border closures between Syrian and Iraqi Kurdistan.

Conflicting reports suggest the People’s Protection Units (YPG), the armed wing of the PYD, are still occupying the Iraqi side of the border crossing, with peshmerga fighters asking them to leave. Hashim Sitey, the local peshmerga commander in Rabia, told KDP-affiliated Rudaw on June 16 that they tried to ask YPG forces to surrender the crossing, but that they have so far refused.

Many Kurds are dissatisfied with the ongoing power struggle between the PKK and Barzani’s KDP over power-sharing in Syria. Syrian Kurdish parties affiliated to the KDP have refused to recognize the newly established canton administrations by the PYD.

The crisis in Iraq has nevertheless strengthened calls for Kurdish unity among Kurds in facing the threat posed by jihadist militants who have been battling the YPG in Kurdish enclaves in Syria since last summer, and have kidnapped and executed Kurdish civilians.

“It is a shame that the YPG and the peshmerga cannot unite. Kurds should be one,” Aref Mohammed, a 34-year-old Kurdish civilian who fled the Syrian city of Hassakeh and lives in Iraqi Kurdistan, told Al-Monitor.

The tensions between the Kurdish administrations in Syria and Iraq have prevented cross-border trade and cooperation that could have relieved the Kurds in Syria, many of whom are suffering from high unemployment and economic devastation due to the war.

Still, there were some small signs of improvement in relations between the PKK and the KDP.

Mustafa Abdulaziz, the head of the PYD-controlled Syrian side of the Semelka border gate, told Al-Monitor that the chances of Kurdish unity were increasing. “It is good that one enemy [ISIS] is making the Kurds move closer to each other. The border is now opened for people to return to Rojava [the term Kurds use to refer to western Kurdistan in Syria].”

On June 9, dozens of Syrian Kurds returned to Syria from the KRG-controlled border after an agreement was reached between the two sides.

Furthermore, there was a meeting between the peshmerga forces and the YPG on the Rabia crossing on June 10 after the border crossing was controlled on both sides by Kurdish forces.

Both the YPG and the PKK released statements that they were willing to protect the Kurds in all parts of Kurdistan, and the pro-PKK media have ended their previous media attacks that accused the KDP of treason and working with Turkey against Syrian Kurds by closing off the borders.

“Our guerrilla forces are ready to give any kind of support and fight actively, side-by-side with the peshmerga forces to protect the Kurdish people,” the PKK said in a statement on June 11, urging all Kurdish parties to hold a Kurdish national congress that was postponed as a result of political tensions.

“The current situation in the Middle East necessitates Kurdish unity, and the holding of a Kurdish national congress,” Zagros Hiwa, a PKK spokesperson, told Al-Monitor.

But peshmerga forces have politely refused any help from the PKK. Helgurd Hikmet Mela Ali, a spokesperson for the peshmerga, denied any agreement with the YPG.

“Until now there is no agreement with YPG forces, who told us they were ready to help us. But we do not need their help. The YPG is on the other side, and the peshmerga is on this [Iraqi] side. They cooperate with each other to manage this area,” he told Al-Monitor.

On the ground in Syria, relations are still tense. On June 14, the PYD dispersed a meeting of the pro-KDP party in Syria celebrating the foundation of the establishment of the KDP in Syria in Malikiye, removing the KDP-S logo on their office in Kobane, or Ayn al-Arab in Arabic, for not accepting the laws of the new canton administration.

“We have never had problems with the PYD. The PYD made these problems by doing this unilaterally (creating canton administration). So we want the PYD to work with the other Kurdish parties, and once they follow the agreements we have no problems with them,” Hemin Hawrami, the KDP’s foreign relations chief, told Al-Monitor.

Gharib Hassou, a PYD representative in Iraqi Kurdistan, told Al-Monitor that the PYD wants the KDP to recognize their administrations, and not to revive the 2012 Erbil agreement between the PYD and KDP-backed Syrian Kurdish parties.

While the ISIS offensive has rekindled sentiments of Kurdish unity on the surface, divisions remain deep. With Barzani’s current control over most of the Iraqi border with PYD-held areas in Syria, and Turkey’s control of the other border crossings, it seems Barzani has gained the upper hand in his struggle with the PKK. 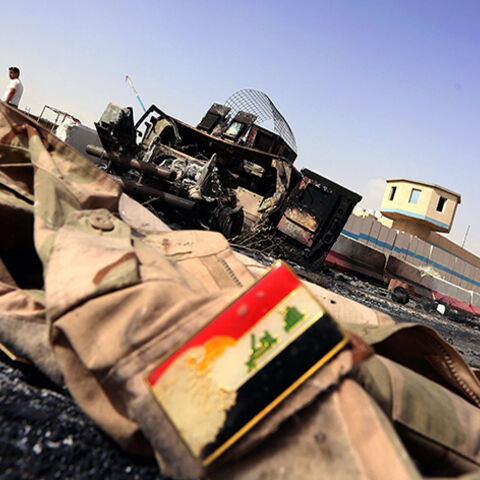 ISIS seen as liberators by some Sunnis in Mosul