The Democratic Union Party's security forces have arrested 70 members of a rival Kurdish party trying to enter Syria from Iraq. 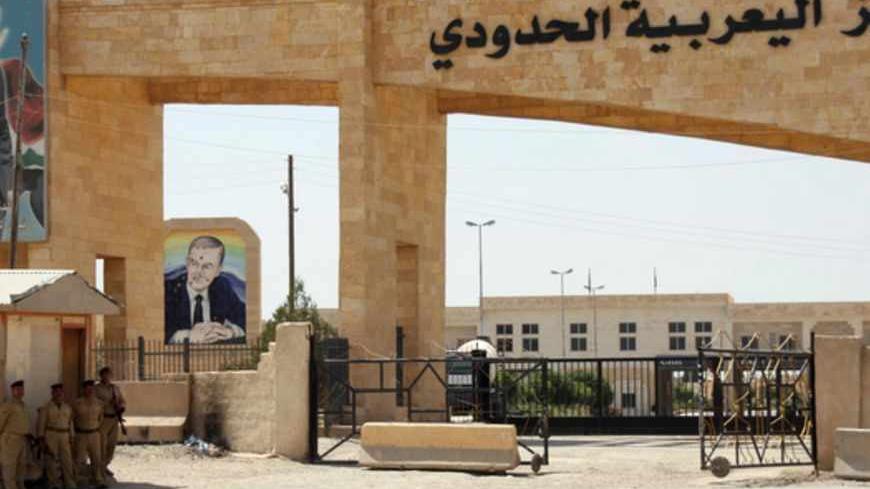 A general view shot on July 23, 2012, shows portraits of Syrian President Bashar al-Assad (L) and his late father and predecessor, Hafez al-Assad (back), at the al-Yaroubiya border crossing between Syria and Iraq, close to the northern Iraqi city of Mosul. - AFP/GettyImages

The 74 members reportedly underwent training in the camps controlled by the KDP in Iraq, before sneaking into Syria from Iraq. After the arrest, the KDP reportedly closed down the parts of the border near the Tigris River at the Faysh Khabur border crossing east of Al-Malikayah (Derik) in Syria.

Hawar News, a news agency sympathetic to the PYD, claimed the KDP’s armed forces amassed heavy arms near the border. A statement released on the PYD website claimed that they would be released after investigation.

“What happened was that 70 people crossed the borders of Western Kurdistan [Syria’s Kurdish areas] by a suspicious and illegal path in spite of the existence of legal crossings and observation of them by the border forces,” read a statement from the PYD’s security forces, the Asayish.

PYD representative Jafar Hanan, in an interview with Welati, said that the Asayish has the “right to arrest any person” and that all of the KDP members will be released today or tomorrow after legal proceedings. He added that the PYD’s militia, the People’s Defense Units (YPG) would take action against any armed group that is not part of the YPG and does not abide by the decisions of the Supreme Kurdish Council.

Although the Supreme Kurdish Council was formed with the support of Barzani, the PYD and rival Kurdish parties united within the Kurdish National Council (KNC) in the summer of 2012 to prevent a civil war, the PYD’s critics claim the governing body is controlled by the PYD and its allies within the KNC. The PYD, on the other hand, accuses the KNC of being disorganized.

Meanwhile, Barzani backs the weaker Democratic Political Union, which unites four rivals of the PYD and which is trying to form its own militias, which the PYD opposes. The PYD has detained members of rival militias before.

According to the human rights organization Kurdwatch, based in Germany, on April 24, the PYD’s militia released MuhammedSalim Sa’ id, a member of the Shaykh-Maʿshuq-Khaznawi Battalion and a member of the Kurdish Union Party, which is part of the KDP-backed union. He and six other members were captured by the YPG on April 17.

Furthermore, there were previous armed clashes between the rival groups in April and in March of this year.

Abdulhakim Bashar, the secretary-general of the Kurdish Democratic Party of Syria, condemned the arrests in a statement, comparing them to the acts of the Baath regime of Syrian President Bashar al-Assad. He said, “If the PYD continues in its activities, then we will not remain as onlookers.”

Rodi Hesen, a freelance Kurdish journalist based in Erbil, told Al-Monitor that this could be a warning by the PYD, saying, "I think this is an indirect political message to the [Barzani-backed] political union that they will not permit any force to compete with them. The PYD fears that they came to undergo militant training. The KDP of Iraq runs the training camp to pressure the PYD. This might threaten peace in the future."

On Monday, April 20, Barzani’s presidential office released a statement condemning the actions and accusing the PYD of being involved in killing, arrests and kidnappings, referring to the alleged actions of the PYD against supporters of Barzani’s political union. It read, “It is regrettable to say that a certain party has been continuously arming itself up through suspicious deals. Day after day it has distanced itself from the Erbil agreement and marginalized other parties, going so far as killing, detaining and kidnapping people, disregarding the views of other political parties."

Barzani’s office reportedly said that an election should be held in the Kurdish areas of Syria. It shared in a statement, “We hereby announce that until a free election is held, no party can unilaterally impose itself [on the Kurdish areas in Syria]. Until the election, only the [Kurdish] High Council represents the people.”

Barzani warned that the KDP would not allow his power-sharing agreement to "be used as a bridge for … autocracy. Therefore, we will have to reconsider our position [regarding support for Syrian Kurds]. If the Erbil agreement is not fully implemented and binding, then we will decide on something else.”

Avend Akreyi, a member of the Kurdish Youth Movement (TCK), based in the Kurdistan Region, told Al-Monitor that the PYD will be forced to cooperate due to Syria being quite isolated, and that the PYD will “gain power and money from the only three border points between the KRG and Syrian Kurdistan that are controlled by them under the cover of a supreme Kurdish body that virtually doesn't exist on ground.”

However, he suggested it is unclear whether the KDP can stop arrests of its supporters in Syria. “I'm not sure to what level tension can rise, since the KDP will have to watch as the PYD continues provoking its allies in [Syria]. The KDP clearly shows that they don't want to fight them and tries to control its allies to avoid clashes.”

On Monday, May 20, most of the detainees were released. The Asayish said, “To promote national unity, we have released all the detainees after conducting the necessary investigations.” The Asayish also rejected media reports of links to the PYD.

Amed Dicle, a Kurdish journalist at Roj TV and Nuce TV, wrote on Twitter that the problems most likely will be solved through negotiations, saying, “West [Syrian Kurdistan] and south [Iraqi Kurdistan] … meetings continue, and they will be solved."

On Tuesday, the PYD’s affiliated Democratic Society Movement (TEV-DEM) released a statement calling for greater responsibility from the KRG presidency. It read, “The entry of armed groups is a violation of the Hawler [Erbil] agreement,” but added that the PYD would continue to abide by it.

Asayish official Gurzan Efrini told Hawar News that the groups were most likely sleeper cells, saying, “After interrogation we found out that they had received military and political training in [Erbil] by commanders belonging to the KDP Peshmerga of Mr. Massoud Barzani.”

The leader of the PYD, Salih Muslim, also on Tuesday told the Kurdish channel Nuce TV that the PYD representative in the Kurdistan Region has asked Barzani for a meeting, but so far there has been no reply. He said,  “All those who were arrested, received military training,” but he confirmed they were released.

He criticized those groups who want to form armed groups outside of the Supreme Kurdish Council, suggesting that this is rejected by Syrian Kurds. There have been allegations before by the PYD that some of these armed groups fought them in battles with the Free Syrian Army.