Hamid Aboutalebi, deputy chief of staff for political affairs for President Hassan Rouhani, said that Iran has not ruled out cooperation with the United States over Iraq. 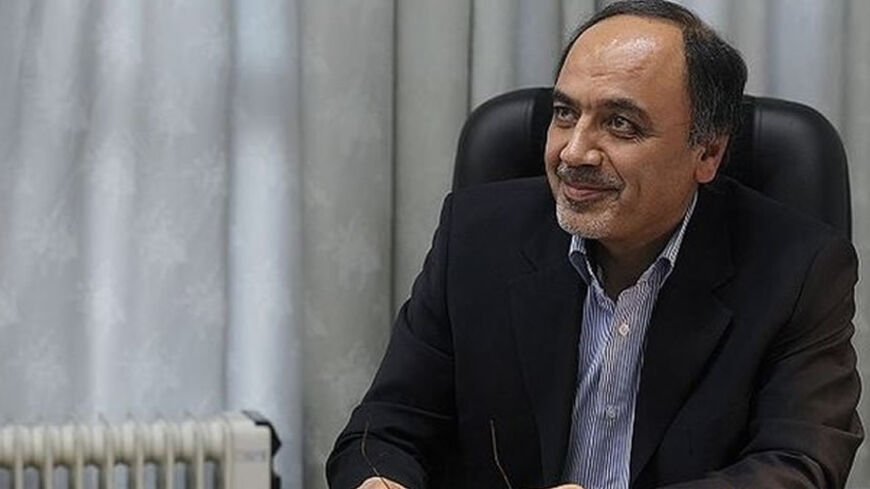 Iranian President Hassan Rouhani's deputy chief of staff for political affairs, Hamid Aboutalebi, tweeted that Iran and the United States are the only two countries that can bring the crisis in Iraq to a peaceful end, and said that cooperation has not been ruled out.

Aboutalebi has become a vocal member of Rouhani’s foreign policy team since his potential nomination to become Iran’s ambassador to the United Nations in New York caused a backlash from US lawmakers due to his role in the 1979 US hostage crisis. In addition to his recognition of possible US-Iran cooperation, in a series of tweets, he approvingly quoted US President Barack Obama’s statements that Iraqi Prime Minister Nouri al-Maliki needs to make “tough choices,” and also said that “political solutions” are worth considering.

“The events in Iraq has highlighted a number of hypothesis,” Aboutalebi tweeted on June 15. His tweets were immediately picked up by Iranian websites.

“First, Iran and America are the only two countries, from a perspective of regional power, that can peacefully end Iraq’s crisis”;

“Second, Iran and America have both ruled out a military involvement in Iraq”;

“Third, both Iran and America have asked Iraq’s government and Nouri al-Maliki to bring the scourge of terrorism and the problems of Iraq to an end”;

“Fourth, the legitimate government of Iraq, in addition to its military capabilities, has potential political solutions worth considering to resolve problems”;

“Fifth, Iran and America have both never disregarded the implicit possibility of cooperation to solve the crisis in Iraq”:

“1) Dr. Rouhani said yesterday that if there is help that we can provide for the people of Iraq we will help them. However, the Iraqi government is able to eliminate terrorism …”

"With regard to terrorism, all countries must work hand in hand, including in Iraq…”

“When we see America take action against terrorist groups in Iraq, then it can be judged and spoken about it.”

“2) Obama said about Iraq: 'We will double our efforts to confront terrorism in the region so that [ISIS] cannot create a haven for itself …'”

"[Continuation of Obama's comment] 'At the same time, we will pursue intensive diplomacy inside Iraq and in the region. … Iraqi officials must be prepared to make tough decisions to keep the country together.'” These quotes from Aboutalebi were taken from Obama’s statements on Iraq on June 13.

Rouhani administration officials have been floating the idea of cooperation with Western countries over the issue of terrorism. Today, however, the secretary of the Supreme National Security Council dismissed the idea of cooperation with the United States over Iraq, calling it “completely unrealistic.” All foreign policy decisions must be approved by Supreme Leader Ayatollah Ali Khamenei.

When the Sunni Islamist group Islamic State of Iraq and al-Sham (ISIS) — backed by former Baathists — took over parts of northern Iraq, they promised to storm onto Baghdad and the Shiite majority cities of Najaf and Karbala. Thousands were reportedly executed by ISIS. Their anti-Shiite sentiment and rule over territory close to Iran’s borders has worried Iran. Many Western leaders have also expressed concern that an al-Qaeda offshoot was able to take over and so far hold on to large swaths of land.

A number of Western media, including The Guardian and Wall Street Journal, have reported that the Iranian Quds Force, a division of the Iranian Islamic Revolutionary Guard Corps, troops are currently in Baghdad or fighting along Iraqi troops in Tikrit. The Quds Force, which has the responsibility of Iranian military operations outside the country’s borders, supports a number of Shiite militias and groups in Iraq. The commander of the Quds Force, Qassem Suleimani, answers directly to the supreme leader. Iran also has strong ties with Maliki as well as a number of other Iraqi politicians.