In a rare moment of directness, a representative of Iran’s supreme leader has directly named Saudi Arabia and Qatar as the cause of the Islamic State of Iraq and al-Sham’s surge in Iraq. 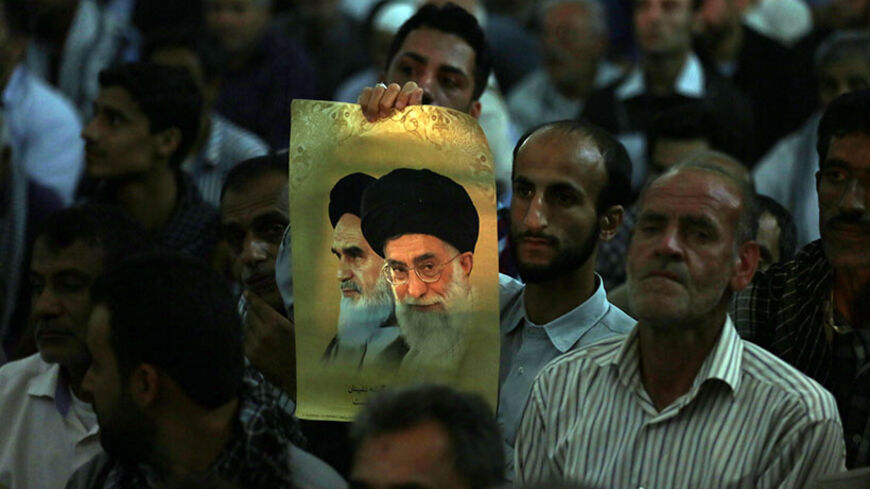 The representative of Iran’s supreme leader to the Revolutionary Guard Corps blamed Saudi Arabia and Qatar's failed policies in Syria as the reason behind the surge of the Islamic State of Iraq and al-Sham (ISIS) in Iraq.

Ali Saeedi said, “Saudi Arabia tried very hard to ruin the situation in Syria, and Qatar also invested a lot in this situation.” He continued, “Today they feel that all of their conspiracies have failed in Syria. They have started a new front in Iraq.” Saeedi also blamed the policies of the United States and “other countries” for increasing terrorism in the region.

While it is not uncommon for conservative Iranian media outlets to assign blame to Arab countries in the Persian Gulf, it is rare for an Iranian official, especially one as high profile as Supreme Leader Ayatollah Ali Khamenei’s representative to the Revolutionary Guard, to accuse Saudi Arabia or Qatar by name. Often officials will refer only to “countries in the region.” However, as the situation in Iraq worsens, the rhetoric has increased. Ayatollah Seyed Yousef Tabatabei-nejad, Friday prayer leader for Esfahan, also pointed at Saudi Arabia as the source of funding for terrorist groups.

Since President Hassan Rouhani’s election, Iranian and Saudi Arabian officials have expressed a willingness to meet one another. The two countries are in a battle for hegemony in the region that has pitted them on opposing sides in Lebanon, Yemen, Iraq and, most urgently, Syria.

The dramatic fashion in which Baathist-backed ISIS has acquired territory in Iraq has caused alarm in Iran, with even usually moderate voices stressing urgent action. A representative for Ayatollah Ali Sistani, the most senior marja cleric who has often taken a quietist approach, called for Iraqis to arm themselves against insurgents. Iraqi-born Iranian Ayatollah Mohammad Hashemi Shahroudi, a senior cleric with close ties to Ayatollah Khamenei and influence in Iraq, called on the Iraqi people to unite against terrorism.

Iran’s Supreme National Security Council (SNSC) convened a special session to address the issue June 12, Rouhani said that Iran was ready to “fight and combat” terrorism and the head of Iran’s SNSC called for an international response.

The Wall Street Journal reported that Iran’s special Quds Force had sent two battalions into Iraq to fight alongside Iraqi forces in Tikrit. Hossein Amir Abdollahian, the deputy foreign minister for Arab and African affairs, denied this report. Iran’s Quds Force commander, Qasem Soleimani, is reportedly in Baghdad and has been there since an earlier attack on Samarra. Iran supports a number of Shiite militias in Iraq and has strong ties with Prime Minsiter Nouri al-Maliki.

During the June 13 Friday prayers in Tehran, Ayatollah Mohammad Imami Kashani called for unity against ISIS, saying, “With the crimes of this takfiri group, there is no other choice but solidarity and reliance on God from the people of Iraq,” he said. According to Fars News, Ayatollah Kashani also read part of his address in Arabic “for the great and brave people of Iraq.”