We can read your emails, says Iran’s intelligence minister

Iran's intelligence minister has said that in the effort to fight terror, his ministry has access to the electronic communications of individuals suspected of links to terrorists. 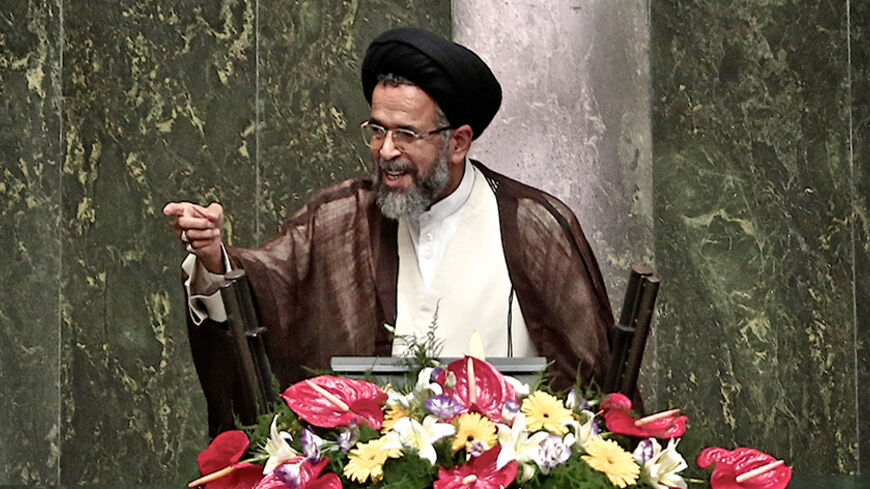 To demonstrate Iran’s effectiveness in combating terrorism, Intelligence Minister Mahmoud Alavi said that his ministry has the ability to view all of the electronic communication of individuals suspected of involvement in terrorist activities. He was careful to note that individuals' private information is not violated.

In regard to terrorists with links to foreign groups, Alavi said, “When they want to deny taking actions in favor of foreigners, when their emails, Gmail, conversations, texts, exchanges and chats are put in front of them, that’s when they realize nothing is hidden from the Intelligence Ministry and they have no choice but to confess.”

In the transcript provided by Iranian Students’ News Agency, the impression Alavi gave was that the online activity of individuals with suspected terrorist links is monitored before their apprehension. Otherwise, the security services would have to wait until they apprehend suspects and force to give up their passwords, to acquire the incriminating information.

Alavi also said that there were limits to how far Iran’s Intelligence Ministry would go. “The hands of the security agencies are not [so] open that they ensure security in any shape or form,” Alavi said. “Ensuring security in an Islamic system has to be in the framework of Sharia, ethics and the law.”

“Within the sacred Islamic Sharia, people’s private lives are considered,” Alavi said. “Islam does not allow the entrance into a person’s privacy.”

Alavi’s comments came during June 13's Friday prayers in Tehran, before the designated cleric gave his sermon. The choice of platform ensured that his comments would be disseminated to a wider audience.

The Iranian media highlighted his comments that Iran would confront terrorist groups, perhaps to reassure a public on edge over recent developments in Iraq. With the rise of the Islamic State of Iraq and al-Sham so close to their Western border, Iranian officials have shown a great deal of concern.

In the last decade, Iran has faced numerous attacks on soldiers, officials and mosques from Sunni fundamentalists in Sistan and Baluchistan province. On June 14, Iran’s Intelligence Ministry announced that in the last month, the ministry had arrested of 30 individuals it claimed to be linked to al-Qaeda.

Alavi said that weapons stashes belonging to various terrorist groups had been confiscated recently, though he did not specify details. He also used the term “unknown soldiers of Imam Zaman” for the intelligence officials operating against terrorism in the country. Alavi also said that terrorists operating in the various regions in Iran have been identified and that at the appropriate time, officials would take action and apprehend them.