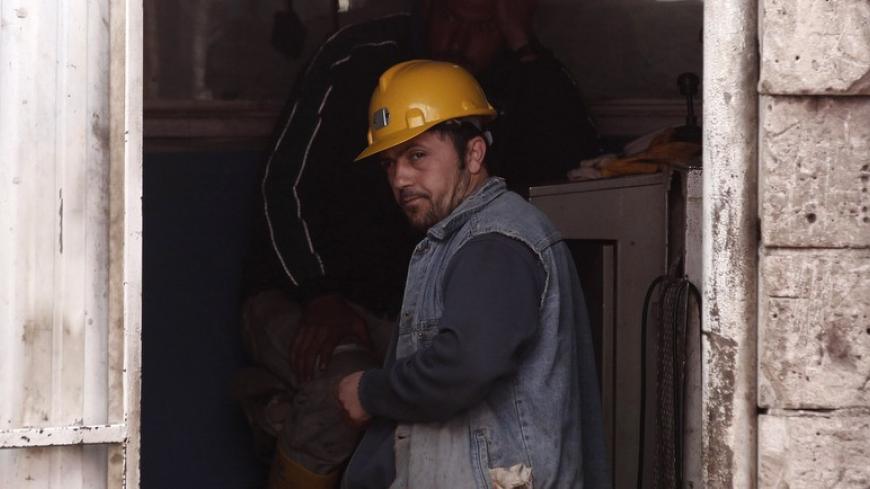 A miner waits in front of the coal mine in Soma, a district in Turkey's western province of Manisa, after a coal mine explosion, May 17, 2014. - REUTERS/ Osman Orsal

Turkish Prime Minister Recep Tayyip Erdogan and his government’s reaction to criticisms in the wake of the Soma mine disaster has shown that he has not learned anything from the disastrous attempt at crisis management during the Gezi Park protests of a year ago. Again, the government’s response appears to be harsh, slow, unsympathetic, detached and prone to disastrous mistakes.

More importantly, the government once again approached the issue in a polarizing "us versus them" way. Elements of the press it controls have correspondingly unleashed a full-fledged attack on government critics, demonstrators and victims of the tragedy.

Tragedies of the scale of Soma, where some 300 miners died, are moments of grief and national unity. This is the single largest industrial work accident in Turkey’s history. It presented an opportunity for a leader to focus on what unites a country’s citizens; it is a moment for good oratory that mourns the victims and lifts the spirits of the nation.

Yet, Erdogan did not rise up to the occasion. A reluctant visitor at the scene of a disaster and surrounded by hundreds of security personnel, he immediately assumed a defensive posture. In a public relations disaster of sorts, he tried to dismiss critics by pointing out that in 1862 and 1907, Britain and the United States had respectively suffered from similar disasters. (As one Twitter critic put it, finally Turkey has reached the standards of 1907 America.) Such rhetoric had the opposite effect; instead of calming the situation it enraged his critics. The pro-Erdogan press not only parroted his message but also came up with lists of other accidents, as if this would somehow justify the Soma calamity. Lost in all this was the mere fact that all people wanted to see a prime minister who would wipe the victims’ tears as he shed some of his own. Feel their pain, as President Bill Clinton would have said.

Then came the kick that was seen and heard around the world. One of Erdogan’s young advisers was photographed gratuitously kicking a demonstrator who had been tackled to the ground by two members of the security forces. Again, instead of immediately dismissing him from his service, Erdogan and his entourage circled the wagons to protect him, coming up with a series of absurd justifications for his act. Predictably, at the time of writing, signs were emerging that Erdogan and his media empire would start looking for culprits — preferably foreigners — to demonstrate that the accident was no accident but a case of sabotage aimed at undermining the government.

Last year’s Gezi protests were ultimately blamed on nefarious foreign forces such as the “interest-rate lobby” or even allied countries that presumably do not want to see Turkey succeed. This was a case of Erdogan making use of “the best defense is offense strategy” by turning his guns on his critics. As far as he is concerned, it worked splendidly; so much so, he made use of it again in December when a massive corruption investigation ensnared four of his cabinet colleagues and cast a dark cloud on his son and family. There, too, he blamed foreign and domestic enemies for attempting to overthrow him. In the end, with a relentless campaign that excoriated his opponents as foreign agents or members of a parallel state led by a reclusive Pennsylvania-based cleric, he managed to eke a victory at the municipal polls in March of this year.

Erdogan knows that by being on the offense he can keep his core base intact and mobilized behind him. Faced with a hapless opposition, this has proven to be a winning strategy. Why fix something that is not broken? In the run-up to the March 30 municipal elections, the constant conspiracy mongering and accompanying witch hunts made sure that questions of corruption were for the most part kept out of the public eye.

There is, however, another reason for Erdogan and his supporters’ lack of sensitivity. They are the ultimate victims of their own narrative; they inhabit an imaginary bubble. They have to come to believe all the conspiracies they invented and used for tactical purposes. Nowhere was this more evident than Erdogan’s April 28 interview with Charlie Rose. He said that the events in Cairo, the overthrow of the Muslim Brotherhood government by the military, the uprisings in Ukraine and the Gezi protests had all been managed by the “same center” and that he had the documents to prove it.

The implications of such thinking are worrisome; it is bound to further polarize the country and lead to pent-up frustrations that will find other events, missteps or accidents to surface, each time with greater anger. After all, Soma was an accident that came when Erdogan thought he was cruising toward the summer presidential elections safe and sound. Similarly, misreading or misanalyzing international events will cause him to commit errors of judgment with serious implications for the future of his country and the region. 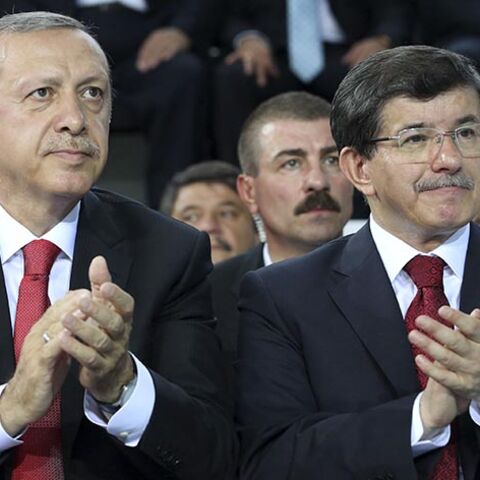