Netanyahu stalls on reconciliation with Turkey 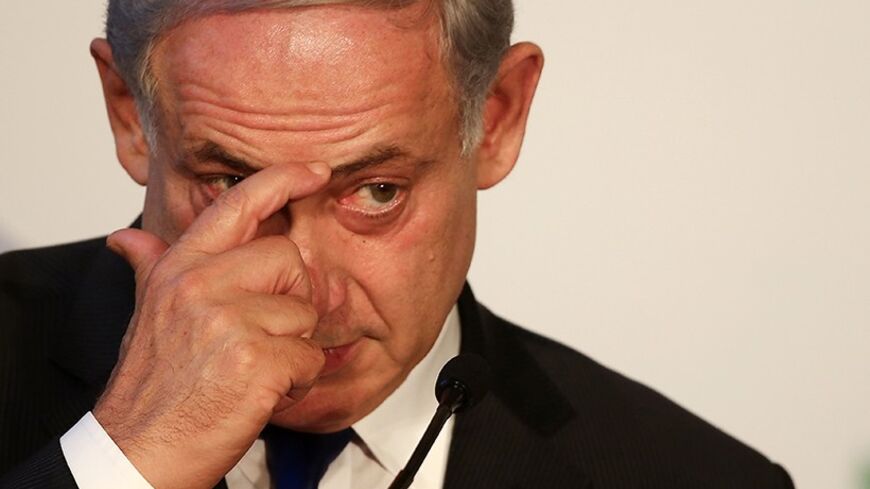 For several long weeks, the draft of a reconciliation agreement with Turkey has been sitting on Prime Minister Benjamin Netanyahu’s desk, waiting for his signature. The draft was agreed on by the Israeli and Turkish negotiating teams in the last round of talks that took place in Jerusalem in February 2014. Netanyahu had defined the rehabilitation of relations with Ankara as a top Israeli interest, and has instructed his team accordingly. The team had reached an agreement with the Turks after four years of negotiations. However, Netanyahu still has not signed it, finding it hard to overcome his distrust of Turkish Prime Minister Recep Tayyip Erdogan.

Before the local Turkish elections on March 30, Netanyahu clung to the appraisal by his Foreign Ministry that Erdogan would lose much of his popular support. It turned out that these assessments were only wishful thinking. Israel failed to correctly estimate Erdogan’s political clout when the prime minister was advised not to sign the agreement before the elections, so as not to be viewed as helping Erdogan flaunt the reconciliation as a personal victory in his campaign.

About a month after Erdogan once again proved that he is Turkey’s incontestable ruler, the Turkish prime minister made his appearance on Charlie Rose’s show April 28. When asked to address the issue of reconciliation with Israel, Erdogan composed a clear message of reconciliation — in contrast to the behavior we have become accustomed to, ever since relations between the two nations began to deteriorate at the time of the Cast Lead military operation. Erdogan’s body language and phrasing transmitted serenity and good will when he addressed the issue of normalization with Israel. The irascibility and lordliness that had characterized his statements in the past were gone.

We can detect his intent here and also a message in the way in which his words were composed. This was the first time that Erdogan did not demand that Israel end its Gaza siege, as he has ever since the State of Israel postponed its apology for the killings on the Mavi Marmara and the related compensation payment. This time, Erdogan used the phrase “regulate the transfer of humanitarian aid to Gaza.” This was precisely what had been decided at the beginning of the negotiations between Netanyahu’s envoy Joseph Chiechanover and the representative of Erdogan, Ambassador Ozdem Sanberk, with the assistance of then-Strategic Affairs Minister Moshe Ya'alon. The understanding at the time was designed to avert the publication of the details of the UN’s Palmer Committee Report (the UN committee looking into the Marmara affair), the expulsion of the Israeli ambassador from Ankara and the downgrading of diplomatic relations.

The response in the prime minister’s office to Erdogan’s conciliatory words was extremely frosty. Diplomatic sources who wished to remain nameless only emphasized that there is no agreement yet.

Anonymous sources in Ankara were surprised at Jerusalem’s cold shoulder and responded with a level of impatience and frustration, saying, “Times have changed; the Middle East has changed. Now we share the same interests and everything is agreed. We want to look ahead to the future. The ball is in Netanyahu’s court and the moment he decides to sign the agreement, we will be able to move forward. If you’ll want to do this with us, excellent. If not — we will understand that.” They refused to explain further.

In his interview on US television, Erdogan warmly thanked President Barack Obama for convincing Netanyahu to apologize to the Turkish nation over the killings on the Marmara, a step that set in motion the reconciliation process between the two countries. He emphasized that the diplomatic normalization process was expected to reach its successful conclusion within days or weeks, when the two countries exchange ambassadors. But he added a small caveat: “I hope that another black cat doesn’t pass in front of us.” It seems to me that even the simultaneous interpreter had to hide a grin when she translated “black cat.” And there's the rub!

Netanyahu delays signing the agreement because he has already endured Erdogan’s scathing tongue-lashings. Netanyahu is concerned over Erdogan’s reaction once the black cat wakes up from hibernation — in other words, when differences of opinion between the two states once again resurface. And no one doubts that this moment will come.

A diplomatic source in Jerusalem commented, “True, last time we were sure that we had a done deal and only a few days later, Erdogan announced in an election assembly that he would not reconcile with Israel until we commit in writing to removing the blockade and revoking our closure policy on Gaza. Not only is this condition not right, it is patently impossible.” He added, “This statement caused the prime minister to take a few steps backward, to re-examine the details of the agreement and reconsider his options.”

After becoming embittered by blatant verbal attacks, Netanyahu wants guarantees that the Turkish prime minister will not resume his tongue-lashing against him or against the State of Israel. The diplomatic sources in Jerusalem recognize that this is a complex and problematic request, and emphasize, “There is no intention to offending Erdogan, but to ensure that he does not attempt to dishonor the State of Israel again.” The discussion of Netanyahu’s request is not being conducted by the negotiating teams but by other channels, apparently with US mediation.

On May 1, Israel’s Foreign Minister Avigdor Liberman visited Baku, the capital of Azerbaijan. When asked about the reconciliation with Turkey, Liberman used the same language as Erdogan and declared that the reconciliation process would end within days or weeks. This declaration comes from the same Liberman who for four years had been one of the most vociferous opponents of apologizing.

At this point, a mechanism must be found to quickly calm Netanyahu’s worries, create trust between him and Erdogan and allow him to approve the agreement that will finally put a political end to the Marmara tragedy. On Aug. 10, Erdogan will run again in the elections. This time, he will ask the Turks to elect him president. Turkey is already preoccupied by this campaign and its broad implications, and it seems that Erdogan will get his way.

As stated, since Netanyahu has defined reconciliation with Turkey as a supreme national interest, it behooves him to hurry to complete the process so Israel will pay the agreed compensation, Turkey will void all legal processes against Israel and Israel Defense Forces soldiers, ambassadors will be exchanged and relations between the states will finally normalize.