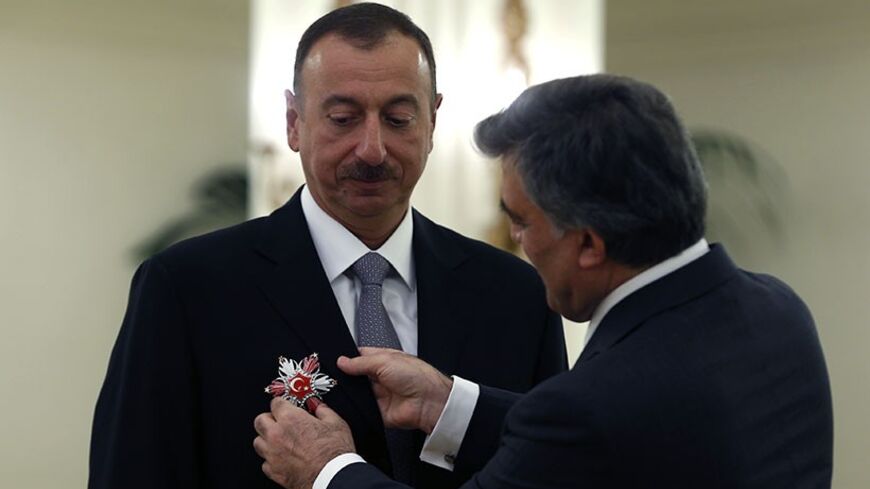 Russia-Ukraine tension is being monitored particularly closely by Europe because of the continent’s dependence on Russian natural gas and Ukraine’s signing of a partnership agreement with the European Union.

Russia’s west Europe natural gas pipeline passes through Ukraine. Experience shows that at times of high tension, service through the pipeline can be disrupted, so developing an alternative to Russian natural gas is of vital importance for Europe.

Alternative natural gas resources are also important for the United States, as natural gas, in addition to being a commercial commodity, has also emerged as an effective instrument of political gamesmanship.

Although the Russia-Ukraine tension seems to have eased a bit recently, natural gas-dependent Europe does not want to take any risks and is working on developing new options as quickly as possible. Russia’s response to the European search for new resources is to find new markets for its gas.

The 30-year agreement signed May 21 between Russia and China for the sale of 38 billion cubic meters of natural gas has to be seen as a strategic warning to Europe. It has become clear that Russia wants to implement its threat to cut off gas to Europe when necessary, despite the costs it will entail.

In this cold war atmosphere between Russia and Europe, the Russian message to Europe is "I don’t need you." But to achieve such leverage against Europe, Russia had to agree to the low prices China demanded in the 10-year-long bargaining.

With this price it offered to China, Russia would be forced to lower the price of gas it sells to Europe and Turkey. Turkey has already asked for a 15% reduction. What is needed is to trim the Russian domination of gas-pricing policy while assuring an uninterrupted natural gas supply to Europe.

As Europe’s natural gas demand increases in the coming decades, new pipelines will be needed. This is why a project that will carry gas to Europe via Turkey is becoming increasingly prominent.

The Trans Anatolia Natural Gas Pipeline (TANAP) will transport Azeri natural gas from the Shahdeniz fields to Europe via a 1,800-kilometer (1,118-mile) pipeline that will traverse Turkey. Azerbaijan has proven gas reserves of more than 3 trillion cubic meters. Once that pipeline becomes operational, Europe and Turkey will be relieved. About $45 billion will be invested in the pipeline, which will extend from Azerbaijan to Italy, traversing 21 Turkish provinces.

The project, begun under an agreement signed between Turkey and Azerbaijan in 2012, has reached the construction phase. According to Al-Monitor's sources, SOCAR, the Azeri national oil corporation, has completed the tender specifications for the construction of the Turkish segment of the pipeline. Four local and 11 foreign consortiums found qualified to compete are submitting their bids. Construction will start in 2015, and the project that will cost $7 billion for its Turkey segment will be finished in three years.

Azerbaijan owns 80% of TANAP’s shares and Turkey has 20%. Azerbaijan has agreed to increase Turkey’s share to 30%. There are also discussions of making Turkey a partner to the Shahdeniz-2 field through its pipeline company BOTAS. Negotiations are ongoing with Shahdeniz-2 partners led by British BP. Reports indicate that BOTAS might be offered a 10% share in that field.

Turkey will be both a carrier and a consumer of TANAP, and BOTAS will download natural gas from two points on the pipeline. For every 1,000 cubic meters of gas it will collect at Eskisehir, BOTAS will pay the company that owns the pipeline $80 as a carrier fee. For the gas it will collect in Thrace (west of Istanbul), the carrier fee will be $110.

The pipeline will reach Europe at the Greece and Bulgaria borders with Turkey. It is not yet clear whether the gas to be brought to the European border by TANAP Dogalgas Iletim Co. will be carried on to Europe by the Trans Adriatic Pipeline or Nabucco West. This will be decided in June.

There is also a sentimental aspect to this Turkey-Azerbaijan project. The slogan ”one nation, two states” that the leaders of both countries so love to repeat will gain more credibility.

Meanwhile, Iran has also indicated TANAP as the most appropriate option to transport gas to Europe. Deputy Oil Minister Ali Majedi has said that to ship natural gas to France, Britain and Germany via TANAP was the least costly option for Iran.

In short, TANAP is a rising star project that will carry not only Azeri but also Iranian natural gas to Europe.