What will Turkey do if Russia turns off gas?

The risk of Russia cutting gas supplies to Europe amid the Ukraine crisis has exposed Turkey’s energy vulnerability, with Istanbul, its most populous city and main industrial hub, dependent on Russian gas. 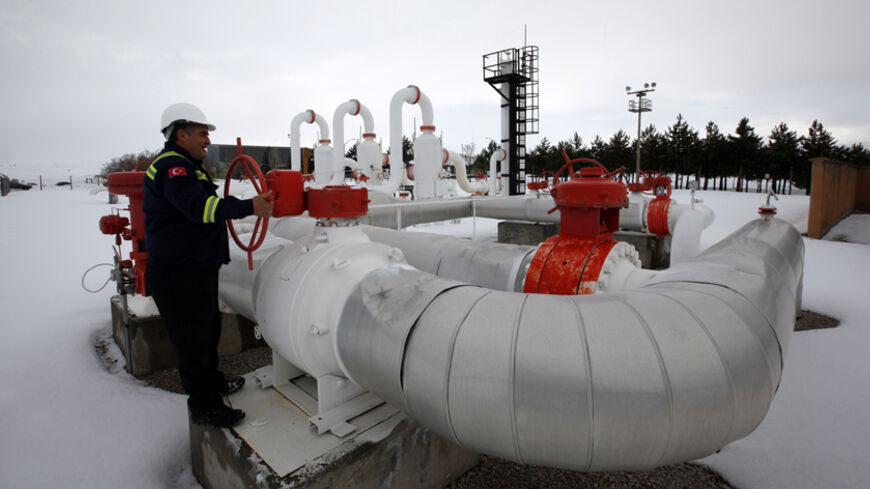 As the European Union toughens sanctions on Russia over the Ukraine crisis, uneasiness is growing over the possibility of Russia retaliating by cutting natural gas supplies.

With winter approaching, European countries reliant on Russian gas have been taking precautions against the “freezing scenario.” Stress tests have been used to predict the effects of gas cuts of durations of one, three, six and nine months. According to a study by Cologne University’s Institute of Energy Economics, Turkey, Finland and Poland would be hurt the most if Russia turns off the gas taps. If such a cut lasts six months, Germany, too, would be negatively affected. In the case of a nine-month cut, all European countries except Norway, the Netherlands and Britain would be affected.

And what is Turkey doing to get ready for possible shortages?

The crisis between Russia and Ukraine poses no risk to the Blue Stream, but may affect the Western pipeline. Russia has already cut gas supplies for Ukraine over its $5.15 billion gas debt.

If the cutoff continues, Ukraine is considering meeting its needs by drawing gas from conduits to Europe and Turkey that pass through its territory. This would be a bad scenario for Turkey, for it raises the prospect of Russia turning off the taps of the Western pipeline to prevent Ukraine from taking the gas.

There is also a positive scenario. Using the “reverse flow” method, Germany and Poland have pumped some of the gas they import from Russia to Ukraine. Reports say Ukraine has stored a certain amount of gas and might get through the winter without shortages. Germany alone will reportedly supply 10 billion cubic meters (353 billion cubic feet) of gas to Ukraine through reverse flows.

If Ukraine’s needs are met in this way, the country might not have to resort to drawing gas from the Western pipeline. Thus, the conduit would remain operational, with no implications for Turkey.

But if Russia shuts down the pipeline, Istanbul and the Marmara region would face disaster, for no conduit exists inside Turkey to re-route gas coming from eastern suppliers to the northwest of the country. In other words, Turkey lacks the means to send Azeri and Iranian gas to the Marmara region, where both residential buildings and industrial facilities are supplied via Ukraine by the Western pipeline, which last year carried 10 billion cubic meters of gas to the region.

The only remaining option would be to use liquefied natural gas (LNG). However, Turkey lacks the capacity to process large amounts of LNG and would have to increase the number of entry points and facilities. Currently, Turkey has only two plants to gasify LNG and pump it to the gas network — one in Silivri, near Istanbul, and another at Aliaga, on the country’s western coast.

Turkey faces another major problem: It is able to store only 5% of the gas it consumes, the lowest storage capacity in Europe. That’s the reason why Turkey is seen as the country most vulnerable to a possible cut in supplies. Hungary, Austria and Slovakia, for instance, have a storage capacity of 50%, while France, Germany and Italy are able to store more than 20% of what they consume.

Now, back to what precautions Turkey is taking against the worst-case scenario. First, it is securing alternative supplies. Last week, it sealed a deal with Qatar for 1.2 billion cubic meters (42 billion cubic feet) of LNG, in addition to plans to increase LNG imports from Nigeria and Algeria. The available storage facilities have been filled as a contingency measure for the winter.

If the gas flow from the Western pipeline stops, residential buildings and industrial facilities in the Marmara region will take priority. The use of natural gas in power production will be reduced. But another problem emerges here: With Turkey going through a dry period, the amount of water available for power production has decreased, meaning that the need for natural gas in that sector has risen.

In sum, the possibility of the Western pipeline going dry has fully exposed Turkey’s vulnerability in fuel security. The huge risk of having the Marmara region dependent on the line while lacking adequate storage and LNG processing capacity has come under the spotlight. If the Russia-Ukraine crisis drags on for several years, Turkey’s gas problem may grow and seriously rattle the country, especially Istanbul, with TANAP still four years away from becoming operational.