How the PKK is entering energy wars

The PKK has stepped up attacks on oil and gas pipelines in Turkey. 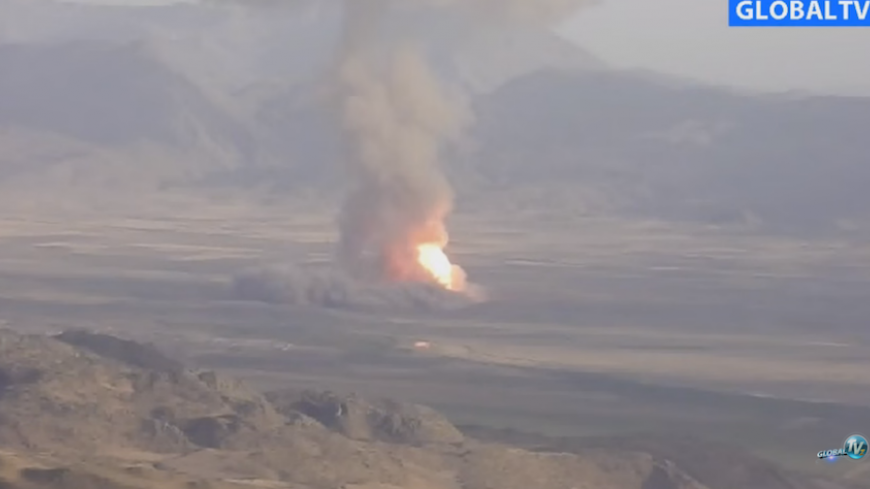 The Kurdistan Workers Party released a video on its official website Aug. 29, 2015, showing an attack on the Shah Deniz pipeline that transports natural gas from Azerbaijan to Turkey. - YOUTUBE/GlobalTVz 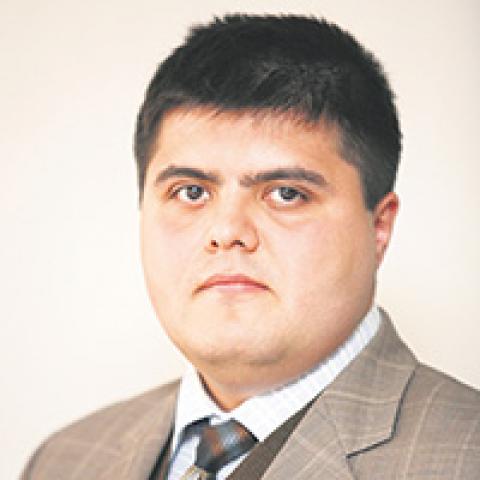 The Syrian Kurdish Democratic Union Party (PYD), denounced as a terrorist group by Turkey, last month inaugurated its first representative office abroad — in Moscow. A Kurdish speaker at the ceremony hailed the event as “a historic moment for the Kurdish people” before lauding his hosts: “Russia is a big power and a prominent actor in the Middle East. In fact, it’s not only an actor, but also a scriptwriter.”

The PYD is an offshoot of the Kurdistan Workers Party (PKK), which sits even higher on Turkey's blacklist. Portraits of jailed PKK leader Abdullah Ocalan adorn the walls of the PYD office in Moscow, suggesting Turkey’s accusations are not baseless. Yet Russia clearly disagrees. Turkey’s Nov. 24 downing of a Russian military jet in Syria caused a dramatic rupture in ties, and the enraged government of Russian President Vladimir Putin had no scruples about embracing “the enemy of my enemy is my friend” strategy.

In the wake of the plane crisis, Turkish President Recep Tayyip Erdogan and his aides moved to accelerate projects to reduce Turkey’s dependence on Russian natural gas. Russia supplies 55% of the gas Turkey consumes, and Gazprom lists Turkey as its second-largest buyer after Germany.

For Turkey, the only quick alternative lies in the rich gas fields of neighboring Iraqi Kurdistan. With 5 trillion cubic meters (176 trillion cubic feet) of gas reserves, Iraqi Kurdistan whets the appetite of international investors and is eager to put its gas on the global market. Ankara’s game plan is simple: Begin building a pipeline this year, and get the gas flowing in 2019. Officials say the pipeline will have an initial capacity of 10 billion cubic meters a year, before a twofold increase in a short period of time.

That timing would be perfect, as some of Turkey’s major gas contracts with Russia expire in 2020, including the Blue Stream deal for 16 billion cubic meters, and half of the western route contracts that cover 4 billion cubic meters. In short, if everything goes as planned, Ankara hopes to get rid of Putin’s noose in several years.

Quickly rolling up its sleeves, Turkey collected bids for the Turkish section of the pipeline Feb. 9. In an intriguing coincidence, the PYD office in Moscow opened with fanfare the following day. And a week later, the Kurdistan Communities Union, the PKK's executive council, announced it would not allow the pipeline project to proceed. To show it meant business, the PKK leadership put on a little show of force. On Feb. 17, PKK militants blew up a Turkish section of the oil pipeline that ships Iraqi and Kurdish crude to Turkey’s Mediterranean port of Ceyhan. The conduit, which carries 600,000 barrels of oil per day, remained closed for 23 days, dealing the Kurdistan Regional Government (KRG) a reported blow of $300 million and further shaking its already struggling economy.

This, however, was not the first attack on what is often described as the Iraqi Kurds’ “economic lifeline.” PKK militants had also bombed the pipeline on July 29, disrupting exports for 21 days — which cost the KRG $250 million.

According to Akin Unver, a scholar of international relations at Istanbul’s Kadir Has University, the PKK’s pipeline bombings are a calculated strategy. “The attacks aim to derail Turkey’s ambition of becoming an international energy hub,” he said. “An increase in these attacks would either discourage investors from projects via Turkey or push financing costs above the estimates.”

Unver’s point is indeed critical. To overcome its financial bottleneck, the KRG needs to put its natural gas on the market as soon as possible, along with its oil. So it now has two options: either make a deal with the PKK or look for other routes to export its gas and oil.

In another twist here, a new player — Iran — has stepped into the game. Last week, Tehran was reported to have offered the KRG a new pipeline via Iran to safely export its oil.

Meanwhile, the PKK is targeting another major energy project — the Trans-Anatolian Natural Gas Pipeline (TANAP), designed to carry Caspian gas to Europe via Turkey in a bid to reduce European reliance on Russia. The conduit is to carry 36 billion cubic meters of gas per year, of which 21 billion cubic meters will go to European countries. Construction began a year ago, and on July 30 the PKK attacked a freight train transporting construction materials for TANAP, killing a railway worker. Intriguingly, reports emerged the same day that Turkish-Russian talks on the Turkish Stream — a rival project to carry Russian gas to Europe — had been suspended.

The PKK also has targeted a pipeline that carries 6 billion cubic meters of Azeri gas to Turkey annually, via Georgia. The conduit was blown up twice in August. The 13-day interruption in the flow meant some $200 million in losses for Azerbaijan.

According to Fatih Ozbay, a scholar at Istanbul Technical University specializing in Russia, Ankara’s crisis with Moscow was a long-sought opportunity for the PKK. “The PKK leadership had long scrambled to enlist Russia’s support. The rupture between Ankara and Moscow handed them this opportunity on a silver plate,” he said.

Commenting also on Russia's thinking, he said, “For the Russians, energy means both money and power. While half of its federal budget revenues come from oil and gas sales, Russia sees energy also as an efficient diplomatic weapon and doesn’t hesitate to use it when necessary.

"The truth of the matter is that the Kremlin was already unhappy with the projects to carry gas from the Caspian and northern Iraq because they are bound to curb its influence over Turkey and the European Union. So the plane crisis came in very handy, providing the PKK with legitimacy and Russia with an opportunity of direct contact with the forces that could disrupt those projects.”

Whether Ankara can break free from Putin’s pincers depends on how the PKK problem in Turkey develops. In 2012, Erdogan managed to bring the PKK to the negotiating table, enlisting the support of the United States, Britain, the EU and Russia. Today, he is left with no friends but Saudi Arabia, Qatar and arguably Israel. He could hardly bring the PKK back to the table at a time when the Kurds — unlike him — enjoy strong Western sympathy for their fight against the Islamic State.

This stalemate has come to threaten not only Turkey’s national security but also its energy supplies. Any delay in the energy projects, meanwhile, means more money flowing to Russia’s coffers.