The sentencing of a liberal blogger is a reminder of the kingdom’s strict application of Sharia. 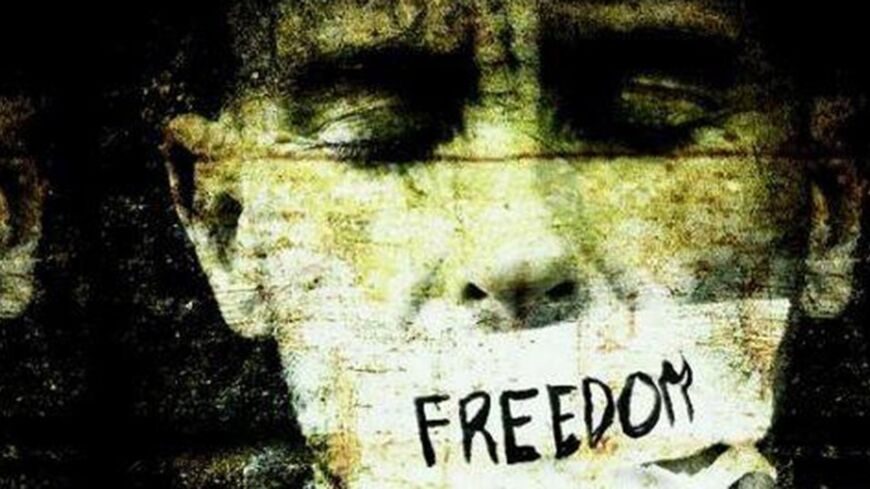 Saudi justice is eager to appear equitable in dealing with both Islamist and liberal dissent. On May 6, a Saudi court sentenced liberal blogger Raif Badawi to 10 years in prison, 1,000 lashes and a fine of $267,000 for apostasy. Badawi has never declared himself an atheist. His crime was to set up a liberal discussion forum where anonymous contributors criticized religious scholars and offered commentaries on religious opinions in the kingdom.

Last year, similar long sentences were imposed on human right activists such as Abdullah al-Hamid and Muhammad al-Qahtani, whose main crime was to set up a political and civil right association calling for reform of the judiciary and an end to unlawful detention and torture in prisons.

Arbitrary long prison sentences are common in Saudi Arabia, but the 1,000 lashes were rather unusual in their precise excess, yet important in that they sent clear messages to an internal constituency.

The regime wants to be seen as unbiased toward liberal impulses, especially after it criminalized aspects of Islamism and dubbed many Islamist groups as terrorist organizations. Now both Islamists and liberals can rest assured that their government does not apply favoritism in dealing with dissent.

Under the guise of protecting God’s rights, the Saudi regime abuses human rights. The merciful god of Muslims that is celebrated in the tradition is easily forgotten in Saudi courts. Instead, harsh prison sentences are meant to demonstrate the regime’s iron fist and uncompromising treatment of all those who deviate from its designated definition of a good citizen. Such a good citizen is almost impossible to nurture, given that the regime criminalizes so many activities, lifestyles, personal thoughts and political opinions, let alone actions that are deemed a threat to national security. Terrorism is only one such act, but the list of offenses seems endless given that a simple unauthorized conversation with a foreign journalist or a short tweet are grounds for detention.

Despite years of debating the codification of Sharia and reforming the justice system, Saudi Arabia has failed to set reform priorities that limit the judges’ freedom in passing haphazard sentences. It is common for judges to improvise sentences, either according to instructions from the Ministry of Interior, as in the case of political prisoners, or by devising an arbitrary judgment. They seem to have special affinity for lashes, which are mentioned only once in the Islamic tradition with regard to adultery. Even then, the prerequisite of bringing four witnesses to testify in court makes it almost impossible for the punishment to be applied vigorously. But lashes seem to have become common punishment in Saudi Arabia since its foundation and continue to be publicly performed, as is beheading.

Any criticism of lashing is interpreted as an assault on Islam itself and a call for abandoning Sharia altogether, which is equally offensive in the eyes of the regime and its judges. Most judges are trained in the Imam Muhammad Ibn Saud University where the strictest interpretations of Islamic law are taught. Although these judges claim not to adhere to one specific school of Islamic jurisprudence, they remain faithful to the literalist Hanbali tradition. But their recent sentences can only be understood in the context of contemporary Saudi Arabia, where law itself remains sabotaged by politics and the requirements of the regime.

The Saudi regime knows well that lashes are bound to send negative messages to the outside world, but the judges continue to use them as symbolic of the country’s commitment to applying Islamic law. In previous decades, when the Saudi regime claimed that it is the only government in the Arab world that applied Sharia in all aspects of life and not only in matters related to marriage, divorce and inheritance; like other Arab countries, it perpetuated an illusion that gave it the moral high ground. But today with many other states claiming to apply Sharia — the latest is the Sultanate of Brunei — the symbolism of applying Sharia is no longer a taken for granted capital for exceptional and unique legitimacy. Moreover, with all Islamist groups having the application of Sharia as a core demand, the Saudi regime finds itself surrounded by competing voices that are bound to dilute its distinguished asset. Its judges are therefore eager to appear as the most authentic and legitimate enforcers of Islamic law. People in Saudi Arabia pay the price of a changing context in which the Sharia is used to score political gains.

“Several international human rights organizations, including Amnesty International and Human Rights Watch, condemned Badawi’s sentence. Last year, State Department spokeswoman Jen Psaki said that the US was “deeply concerned”  about the sentence. The opaque and arbitrary justice system of Saudi Arabia remains beyond criticism. The government justifies its harsh sentences by hiding behind the veneer of applying Sharia, which is bound to end any debate about the legitimacy of lashes. Western governments remain largely silent until one of their citizens is subjected to Saudi law. Only then, behind-the-scenes diplomacy is mobilized to negotiate the return of such citizens to their home country.”

Western governments continue to believe that beheading and lashes are associated with radical Islamist groups from Somalia to Syria, where so-called Islamic justice turns into a spectacle of terror that includes, in addition to beheading and lashes, the destruction of monuments and lives. But when an ally like the Saudi regime joins in this spectacle, its harsh unjustified sentences are ignored in most cases. While the criticism of the human rights record of unfriendly governments becomes central in Western foreign policy, Saudi Arabia is still seen as a unique case that needs to be pampered.

It cannot be unnecessarily provoked, as this would inevitably undermine long-term alliances and common interests . In this case, nothing matters more than strategic relations, trade, investment opportunities and armaments. Realist foreign policy triumphs over human right records. The logic behind this silence is often articulated as accommodating local traditions or not interfering in domestic politics. The most idealist of Western politicians becomes seriously relativist when it comes to Saudi Arabia, preferring to focus on those unfriendly and challenging governments like Iran and Zimbabwe.

Respecting Saudi exceptionalism must have become a cherished Western foreign policy doctrine, in addition to being one of the most invoked terms to shield Saudi Arabia from both internal and external criticism. When this exceptionalism is covered in Islamic terms, it becomes harder to dismantle. The regime has succeeded in convincing its Western allies that it simply applies Islam and nothing can be done to change this.

But Islam today is a diverse tradition that cannot be reduced to what the Saudis do. While Sharia itself is based on principles in the Quran and the tradition of the Prophet Muhammad, let’s not forget that most of the rulings in its name developed over centuries of deliberations by Muslim scholars who have no sacred status or sanctity. There are multiple ways of dealing with offenses in Islamic law, and the Saudi way is not representative of Islam or of this law.

Sharia is being used to silence and enforce dissent and eliminate challenges to the regime. Without the harsh sentences that the Saudi courts pass, the regime might feel it would lose its exclusive claims about applying Sharia, especially at a time when the slogan has been appropriated by its opponents, nobody but the criminalized Islamists. When liberals are sentenced to lashes in addition to a prison sentence, this seems to serve the purpose of assuring others that the regime remains committed to Islamic principles.

The lashings seem to be vivid, symbolic reminders of Saudi commitment to a Sharia that is emptied of its spirit to ensure justice in favor of cruel, public performances.

Editor's Note: This article has been updated with an addition from the author regarding State Department spokesman Jen Psaki's 2013 statement on Badawi.