The execution of seven men by firing squad last week has ignited debate within the conservative kingdom on its approach to capital punishment, Ahmed al-Omran writes. 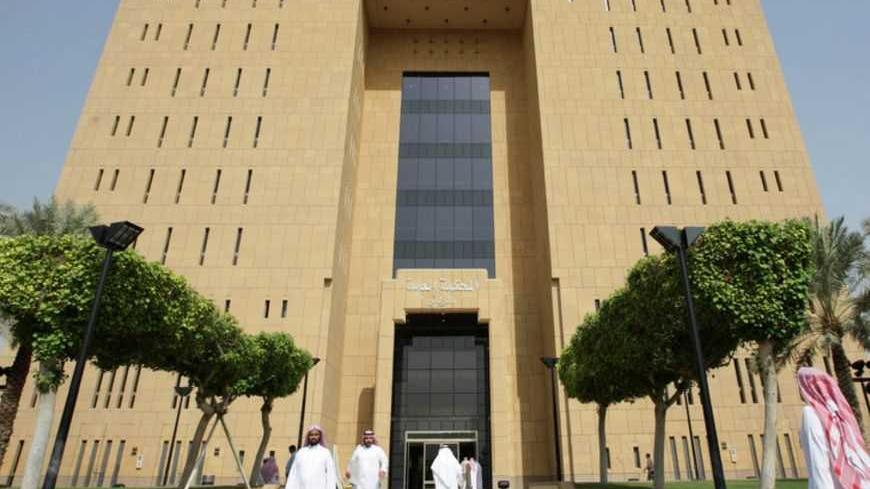 Saudi Arabia executed seven men on March 13 despite appeals from their families and international organizations to the king for clemency. The men were convicted of theft, looting and armed robbery, and were executed in the southwestern region of Asir by a firing squad — a first in the conservative kingdom, which traditionally has beheaded convicts sentenced to death.

United Nations independent experts on extrajudicial executions, torture, and arbitrary detention expressed outrage at the execution. The U.N. High Commissioner for Human Rights, Navi Pillay, strongly condemned the executions, saying “they clearly violate international safeguards in the use of the death penalty.” Amnesty International called it “nothing but an act of sheer brutality.”

The conservative kingdom applies a strict interpretation of Shariah and has often faced criticism by Western countries for its frequent use of capital punishment and trials that human rights groups say do not meet international standards. Saudi Arabia has the highest execution rate per capita in the world. The country has put 23 people to death this year compared to 76 in 2012 and 79 the year before. According to Amnesty data, the kingdom executed 423 people from 2007 to 2011.

However, most of the discussion in the local media over the past few days focused on the method of execution rather than the executions themselves. Sheik Ali al-Hakami, a member of the Council of Senior Scholars, told a local daily that execution by shooting is permissible by Islamic law if it is similar to using the sword in this regard. Columnist Abdullah Nasser al-Otaibi said during a TV talk show last Friday [March 15] that he prefers using a firing squad or a lethal injection over beheading.

Many commentators in the country usually avoid talking about death sentences issued by Saudi courts due to the fact that the judiciary, dominated by clerics, is very sensitive to criticism. These clerics say that they are applying God’s laws and consider criticism of their sentences as disrespectful. This sensitivity is heightened when criticism comes from international organizations, long viewed with suspicion by conservatives who accuse these organizations of pushing an agenda of Westernization that aims to alter the nature of society.

This attitude might change. Speaking on the same talk show, writer Jamal Khashoggi said it is about time that religious scholars and legal experts openly debate such sentences. “Was this the correct sentence?” he asked. “Was the legal procedure thorough?” Another guest of the show, Mohammed al-Owain, at first was reluctant to talk about the case of the seven men. But it seems that when he heard Khashoggi's suggestion to discuss the case, he was encouraged to ask: “Is this the biggest theft we had ever seen? There have been people who committed worse crimes and they were not sentenced to death.” He added that while the judges have the last word, these are legitimate questions.

A thorough due process in the cases of death sentences is something Saudi Arabia has promised it would do. During its Universal Periodic Review by the U.N. Human Rights Council in 2009, the Saudi government accepted a recommendation to “Protect the rights of those facing the death penalty, including through strengthened application of international safeguards in the use of the death penalty.” Delivering on such a promise is probably challenging for the Saudi legal system which has long been criticized as vague and lacking the safeguards of justice. Citizens often complain that cases take years in courts to be resolved due to the small number of judges.

In October 2007, King Abdullah announced a $2 billion project to reform the judiciary, but the plan has faced resistance by the old guard in the system. In a letter published online in November 2012, a group of conservative judges wrote to the king and Justice Minister Mohammed al-Eisa attacking what they described as the “Westernizing stench” of reform. According to these judges, Sharia courts should remain solely in the hands of religious authorities without any government interference.

Eisa himself was appointed minister in 2009 because the king has apparently grown impatient at the slow pace of change, and last year the king also made him acting head of the Supreme Judicial Council, giving him even more authority in the appointment of judges. The king took another step in reforming the judiciary earlier this year when he appointed in January a new head of the Supreme Court and a new secretary general for the Supreme Judicial Council, as well as nine new Supreme Court judges. Lawyers and analysts said this shakeup has brought in a slightly younger generation who may help unblock reform.

Some recent controversial cases have put the Saudi legal system under the spotlight again. On Saturday, a court in Riyadh adjourned announcing its verdict in the case of Lama al-Ghamdi, a 5-year-old girl who was tortured to death by her preacher-father. The lawyer for the girl’s mother said he has asked for the maximum punishment, which could be the death penalty. Last January, Saudi Arabia beheaded a Sri Lankan housemaid convicted of murdering her employer’s baby, to the dismay of the United Nations who said they were “deeply troubled by reports of irregularities in her detention and trial.” The Saudi government criticized the international reaction to the execution saying it “categorically rejects any interference in its affairs or in the provisions of its judiciary under any justifications.”

It is unlikely that Saudi Arabia would join the 150 countries who have either abolished capital punishment or do not practice it, but there are now increasing calls for a more thorough examination and review for death sentences. Local observers also raised concern about the rising costs of blood money given to the families or next of kin of killed people to pardon the killer. The Jeddah-based daily Okaz reported earlier this month on a father who asked for SR 80 million ($21 million) to pardon the killer of his son. Intermediaries eventually persuaded the father to lower his demand to SR 45 million. Such cases have made some citizens urge the government to impose a cap on blood money because they say the practice, sanctioned by Sharia, has been abused.

There are also now rare voices calling for rethinking the death penalty altogether. Saudi journalist Mohammed al-Nemah wrote a blog post Monday about the practice and its compatibility with the modern age. He asked that if ulema in the past could change some rulings because they became outdated, “Why can’t the ruler cancel the death penalty because it is not compatible with this age, and because there are multiple methods to punish the killer that did not exist before?”

Ahmed al-Omran is a Saudi blogger and journalist. You can find more of his work on his site Riyadh Bureau, and you can follow him on Twitter: @ahmed.