Saudi Arabia was hailed this month for appointing 30 women to its Shura Council, but leading conservative women have expressed disappointment at not being included in the royal list, Ahmed al-Omran writes. 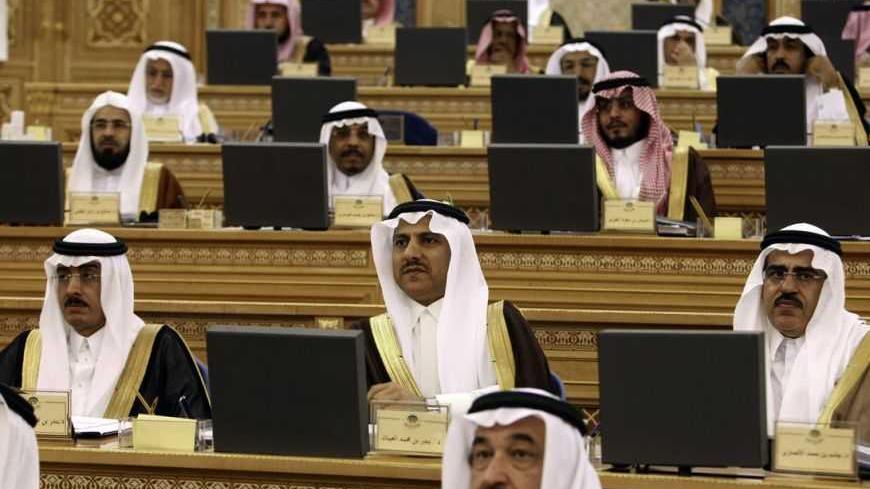 When King Abdullah of Saudi Arabia issued a royal decree earlier this month naming 30 women to the consultative Shura Council, his decision was widely welcomed inside and outside the country. Local columnist Mshari al-Zaydi described it as “an exceptional royal decree,” adding that “Saudi Arabia is entering a new era in terms of its political and social culture.” The European Union welcomed the announcement, saying it represents “a major development in the direction of women empowerment,” according to a statement by European Commission spokesperson Nabila Massrali.

This was a big step for Saudi Arabia, an absolute monarchy that practices a strict interpretation of Islam, even as the Shura Council remains an unelected advisory body with limited powers.

While the Saudi official religious establishment has chosen to resort to silence over the appointments, as they usually do when they find themselves in disagreement with the royal family, some conservatives have decided to show their objection in a rather unusual, public manner. Dozens of clerics staged a protest outside the Royal Court in Riyadh last week, breaking with the Wahabbi tradition that does not allow street protests and instructs that advice to rulers can only be offered gently and in private.

It is important, however, to note that not all conservatives are against the king’s decision. A special group worth highlighting here are conservative female academics and writers. These women reject the label “feminists,” and they see their role as defenders of Islam against what they consider the Western-inspired notion of women empowerment promoted by many activists in this field.

Women like Rokaya al-Mohareb and Juhayyer al-Mesaad have used their newspaper columns for years to rally against a perceived domination of the women rights arena by liberal activists. Compared with names like Wajiha al-Huwaider and Manal al-Sharif, these conservative activists are not well known outside the country. Many of them don’t speak English and are generally suspicious of foreign media and international organizations. But on the local level they comprise an organized lobby that has shown its effectiveness on several issues before, backed by clerics who are only too happy to feature these conservative female voices as evidence of the popularity of their views on women.

Take, for example, the push for a sexual harassment law at the Shura Council. Members who supported the law say strong measures would encourage more women to join the work force as it would give them protection from possible predatory behavior by their male colleagues. Still, the law has repeatedly failed to pass the Shura Council because of resistance by conservatives. Resisting such law may sound counterintuitive at first, but from the conservative viewpoint the sexual harassment law will lead to the legalization of gender mixing, something they oppose and feel very strongly about.

The Shura Council is an advisory body with limited powers. In many cases the government would accept its recommendations and implement them, but the government is in no way bound by the Shura proposals and can bypass it whenever it wants. While the conservatives have managed to stifle debate in the Shura Council about issues like sexual harassment and gender mixing, they have been less successful when the government wanted to have their way as they have shown in cases like the CEDAW agreement which they have signed to the chagrin of conservative female academics who continue to fight it in their writings.

“I am almost sure that 75% of men and women in Saudi Arabia don’t know about this agreement,” Norah al-Saad, a conservative academic and consultant, said during a conference on women’s issues in the central region of Qassim last year. She added that the women who call to implement CEDAW are either ignorant of its source and content, “or they are aware of that, do not care and they want to eliminate religion from family affairs and public life.”

So when the king announced appointing 30 women to the Shura Council earlier this month and the list did not include any of the prominent female conservative figures in the country, these conservative women activists were not amused.

“I’m not optimistic about women in Shura,” said Hessa al-Asmari, an editor of a local news website in southern Saudi Arabia, during a TV talk show this week. “The current members don’t represent us and I don’t expect them to serve our causes.” The journalist went on to ridicule the newly appointed members, saying their first statements upon being selected show that they are only interested in women driving, calling it “the trivial problem of the elite.” Al-Asmari said women driving is “a ridiculous demand” compared to things like nullifying the CEDAW agreement.

Similar criticism was voiced by Nawal al-Eid, a preacher and academic at Princess Norah University. She expressed concern in her column in al-Hayat that the “demands of the minority that are rejected by the majority of Saudi women” are being promoted because this majority lacks the means to get their voices to the authorities. “Many have wished that those specialized in Sharia would be included in the council as they represent the majority of Saudi women,” she said.

Al-Eid also raised questions about how the female members of Shura are going to interpret the clause in the royal decree about hijab. “The photos of some members seemed to show most of their hair, which something all scholars agree must be covered,” she wrote. “Others came out wearing make up after being appointed, so will they do the same inside the council chamber?”

Like many conservatives, she is calling for electing the members of Shura Council out of a firm conviction that liberals have no chance in winning any seats by popular vote. Based on recent elections in other Arab countries, they are probably right.

Ahmed al-Omran is a Saudi blogger and journalist. You can read more of his work on his site Riyadh Bureau, and you can follow him on Twitter: @ahmed