A conservative faction is seeking to limit Iranian President Hassan Rouhani to one term. 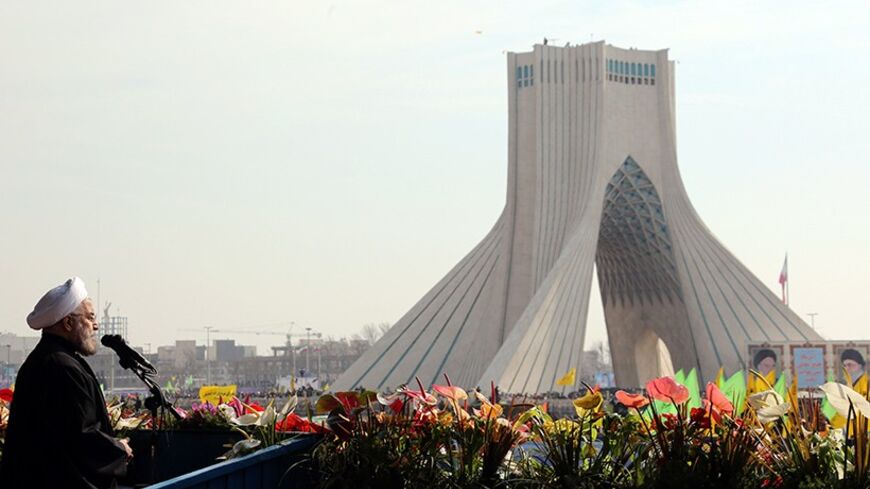 TEHRAN, Iran — On April 24, Iranian member of parliament Ruhollah Hosseinian said he had video of an all-female party thrown by President Hassan Rouhani’s wife and threatened to publish it. Critics of Rouhani’s wife’s party said the gathering was lavish. It appears many seemed upset that there was dancing at the party.

This attack on Rouhani has been one of the stranger ones since he took office nine months ago. That he won the elections with the backing of Reformist social and political forces and the supporters of the Green Movement has caused worry and anger among radical members of parliament. The Endurance Front of the Islamic Revolution (jebhey-e paydari-ye enqelab-e eslami) and its high-ranking members, such as Hosseinian, are in the front lines of the domestic opposition against Rouhani.

That a figure with Hosseinian’s background would threaten the president this openly was cause for alarm. He was a high-ranking official in the Ministry of Intelligence and Judiciary in the 1980s and 1990s. One of the reasons behind his infamous reputation as a radical is his friendship and support of Saeed Emami, who organized the “Chain Murders” of intellectuals in 1998.

Hosseinian said on April 23 in an interview with Arya News, “We fundamentally disapprove of this administration,” and, “We can see that the administration is made up of radical reformists and those who were involved in the sedition.” He said that Rouhani’s time was up and he would increase criticism of the president.

Eight years of having Principlist Mahmoud Ahmadinejad as the president resulted in several divisions and the emergence of new factions in the Principlist camp, of which Hosseinian and his allies in the Endurance Front are the ultra-radical Principlist faction in Iran.

A political analyst in Tehran told Al-Monitor that while the Endurance Front has many grievances against Rouhani’s administration, it was the loss of influence and their preferred candidate in the 2013 presidential elections that has angered them the most. “Saed Jalili entered the competition repeating Ahmadinejad’s slogans and members of the Endurance Front believed that he would advance to the second round with Rouhani,” the analyst said. “However, Jalili could only get 4 million votes and was lucky that he was placed third. Since then, they have expressed their political identity by unconditionally opposing the new administration.”

Last week, the spiritual leader of the Endurance Front, Ayatollah Mohammad Taghi Mesbah Yazdi, clearly implied that the administration was a driving force behind cultural diversion in society. “Those who were educated in [the] UK, US and France are responsible for the cultural diversion in the Islamic Republic,” Mesbah Yazdi said. Nearly half of Rouhani’s cabinet has studied in Western countries, including Rouhani himself, who holds a doctorate in law from Glasgow Caledonian University.

Not everyone is convinced the Endurance Front has such a strategy to limit Rouhani to one term. The deputy editor of a Reformist newspaper, who talked to Al-Monitor on condition of anonymity, said, “We should carefully put all the puzzle pieces together. Moderates are currently in charge of the administration. Keep in mind that this administration is not Reformist, it is moderate. Its members are mostly technocrats who do not care much about political expansion [of freedoms].”

This is why moderate Principlists such as the speaker of the house, Ali Larijani, or other right-wing members of parliament, such as Ali Motahari or Ahmad Tavakoli, have expressed support for the administration. Officials in the Sepah (Islamic Revolutionary Guard Corps) are also not worried as long as Rouhani does not take away their economic projects or their foreign projects, such as Syria. This political alignment essentially leaves little room for the ultra-Priniciplists.

Political figures who entered the highest level of power in Iran in 2005 had very limited executive and political experience. One analyst referred to them as the “political nouveau riche.” In the past eight years, these people had a lot of political and economic advantages, but since they did not have any social base and could not establish themselves in the power structure of the country, they now appear to be facing political extinction. What’s more, while they are currently in parliament, the political climate in Iran has changed to the point that members of the Endurance Front will have a difficult time in the 2016 parliamentary elections. This is why they appear to be “hysterical,” the analyst said.

Last week, Foreign Minister Mohammad Javad Zarif was called in to parliament to answer questions about why he condemned the Holocaust. These tactics may weaken and distract the administration and may intimidate political allies from running the parliamentary elections.

A member of the Mosharekate (Islamic Iran Participation Front) told Al-Monitor that members of the Endurance Front have “no chance of winning elections under normal circumstances” because they lack a strong political base. Therefore, he believes they will increase attacks to “create a chaotic atmosphere” so that they can weaken the pragmatic political structure that emerged after the 2013 presidential elections to create the environment to compete against a weakened president in the parliamentary elections.