The Iranian government's closing of a hard-line weekly has been welcomed by some Reformists as justified in the interest of a greater media balance. 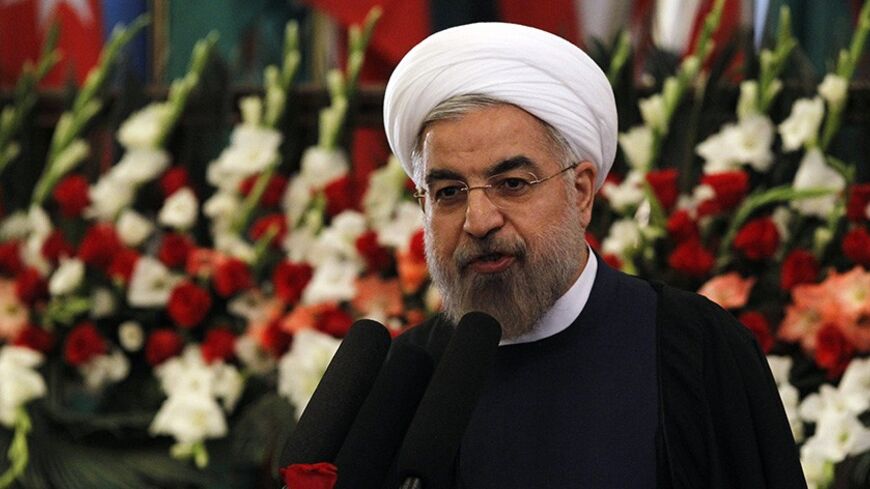 TEHRAN, Iran — According to Ali Jannati, Iran’s minister of culture and Islamic guidance, the administration of President Hassan Rouhani was not responsible for the closing of one of the most radical right-wing publications in Iran. However, there are indications that the Rouhani administration has gone on the offensive against Principlist media, a move welcome by some Reformists, a group typically on the receiving end of newspaper closures and censorship.

"The administration is not responsible for banning, written warnings or any other action regarding the media and publications," Jannati told reporters during the first Cabinet meeting of the year at the end of March. "The Press Supervisory Board has seven members, representing the Iranian judiciary, parliament, the Supreme Cultural Revolution Council and the seminary in Qom. Only two of [bodies with representation in] the organization, the Ministries of Culture and Science, are also part of the administration. Its decisions are based on a majority vote.”

The Press Supervisory Board voted to impose a ban on the weekly newspaper 9 Dey. The publication belongs to Hamid Rasaei, a parliament member from Tehran and one of the most radical Principlist clerics.

Not everyone believes Jannati had nothing to do with the decision to ban 9 Dey. “I think that it is in fact a declaration of war,” a political analyst in Tehran told Al-Monitor on condition of anonymity. “Rouhani wants to say that enough is enough. You cannot just say anything you want without expecting any consequences."

A prevailing attitude among some Reformists holds that since Reformist publications are not free to criticize conservative hard-line organizations such as the Revolutionary Guard Corps, the Guardian Council or the judiciary, it only makes sense for the hard-line publications to have red lines, too. They welcomed the more assertive policy of the administration. As the Tehran analyst said, “Slogans are not enough."

Whether or not Jannati was telling the truth, according to the Press Supervisory Board, the ban on 9 Dey was the result of articles about the president and the nuclear negotiations.

Rasaei is a member of the Endurance Front, an organization headed by hard-line cleric Ayatollah Mesbah Yazdi. The group supported Saeed Jalili in the 2013 presidential elections. Rasaei wrote in his blog that his publication was shut down only for criticizing the administration.

9 Dey is not the only publication to have criticized Rouhani’s administration since the nuclear negotiations, but it is certainly the weakest. Other critics of Rouhani, such as Islamic Republic of Iran Broadcasting (IRIB) or the newspaper Keyhan cannot be touched, as they operate directly under Supreme Leader Ayatollah Ali Khamenei. Both the editor-in-chief of Keyhan, Hossein Shariatmadari, and the head of IRIB, Ezzatollah Zarghami, are appointed by the supreme leader and thus enjoy a special kind of immunity. Both have tried very hard to undermine Rouhani's policies, especially when it comes to foreign policy.

Zarghami’s and state TV’s problems with Rouhani can be traced back to the elections. One of the journalist working for the Reformist Shargh newspaper told Al-Monitor, "I remember Rouhani was giving a speech two days before the elections in Mashhad. A lot of people were there, myself included, and I remember him saying that IRIB should see this crowd, hear their voices and reconsider its own policies."

The conflict between Rouhani and Zarghami became public on Feb. 4. Rouhani was scheduled to address the country live on TV at 9 p.m. He had requested that one of the two hosts of the program be pre-approved by his office, but Zarghami had refused to comply. The conflict resulted in an unprecedented 90-minute delay in the president's address to the nation. Islamic Republic News Agency, which operates under the administration, directly blamed Zarghami for the incident.

The events of the past eight months finally culminated in Rouhani losing his patience, saying in a Cabinet meeting, "The websites and the newspaper belonging to the critics of the administration, as well as IRIB, write and make up whatever they want."

Websites aligned with the administration have since gone on the attack. The website Etedal, with close ties to the administration, published an April 1 article that read: "Viewers of national TV surely remember that during [Mahmoud] Ahmadinejad's presidency, we could not see anyone complaining about high prices or inflation. Now that Rouhani's administration is in charge, we see that the cameras are hard at work showcasing all the problems faced by different social groups, without ever mentioning which administration was originally at fault for creating these problems."

Keyhan is also working alongside IRIB to pressure Rouhani's moderate administration. A search for "Shariatmadari" on Keyhan's website shows that in the past eight months, he has written 20 articles criticizing the new administration. In the issue published Nov. 18, 2013, he vaguely accused the Iranian negotiators of paying too much lip service to the West and warned of possible "traitors" in the administration.

Despite the pressure from two of the most powerful media organizations in Iran, their influence over the population is declining.

“In spite of all the money and the advantages that they enjoy, these media outlets have largely lost their influence on society,” said an activist with the Islamic Iran Participation Front, speaking to Al-Monitor on the condition of anonymity. “Citizens get the news from satellite broadcasters, and millions of Iranians are using the Internet and social networks. The reign of Zarghami and Shariatmadari is coming to an end."

Nevertheless, not everyone believes the size of the outlets' audiences is an accurate indicator of their influence. A communications professor in Tehran said, "Iranian citizens were hardly influenced by IRIB or by other conservative media outlets in the past two decades, anyway. The important thing is that IRIB and Keyhan are centers of power, and the dangerous thing is that these centers of power have decided to oppose the administration. The aim of media outlets such as IRIB or Keyhan or Rajanews and Vatan-e-Emrooz is not to influence the middle-class supporters of Rouhani — they do not even think about these people. Their aim is to encourage the whole of the government and the military and paramilitary organizations, faithful to the Radicals, to turn against Rouhani so that as soon as he makes even the slightest mistake, they can deal him an effective blow."

It appears that similarly to when former Reformist President Mohammad Khatami came to power 1997, conservative media outlets are trying to undermine the president from the very beginning and in the process, show that they do not really care about people's votes. Nonetheless, Rouhani has learned from Khatami's experience, and imposing a ban on the 9 Dey could be an attempt to clarify that he, too, can use his power. However, it is not clear whether the right-wing media outlets will take this message seriously. It is clear, however, that the conflict between the administration and the right-wing media will reach a new level this year.