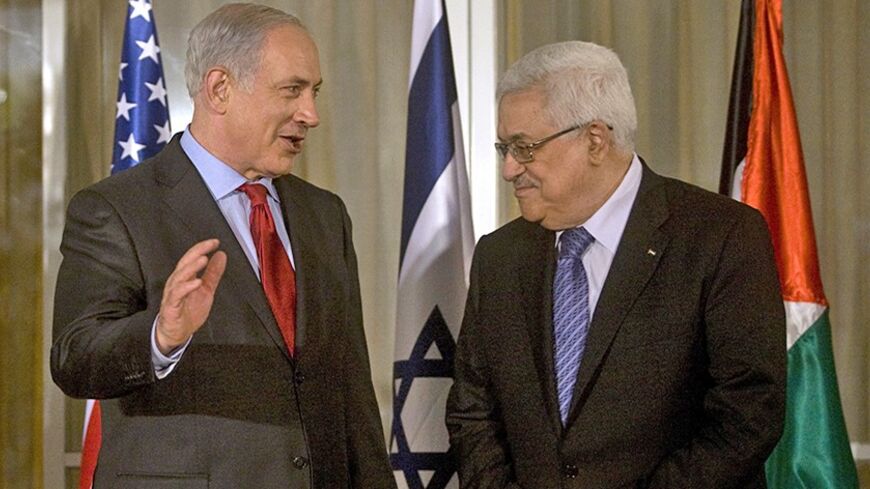 The prevailing estimate in diplomatic and international circles is that the diplomatic process between Israel and the Palestinians — having gone through lengthy and glorious death throes — has “kicked the bucket” and was given a state funeral to much fanfare. And the best proof of that is what US President Barack Obama said on May 28 — or more precisely, did not say — in his most recent speech at West Point. Defined a priori as an address about “diplomacy,” it set out to broach the president’s foreign policy (which has not seen remarkable success to date). Surprisingly enough, however, Obama made no mention at all of the Israeli-Palestinian conflict; not even in as much as a short, vague paragraph, if only to go through the motions. It was as if the Middle East never existed.

But here’s the point. We are still here, as are the Palestinians and the common problems. Israel believes that the diplomatic topic will re-emerge over the coming weeks out of the blue, making its umpteenth comeback. If the formation of a Palestinian national unity government is indeed announced within a few days (following its postponement on May 29), it will consist of technocrats headed by Fatah. Palestinian President Mahmoud Abbas will serve as its most authoritative figure. But most importantly, Israel’s intelligence services as well as the Foreign Ministry’s research department estimate that this government will accept the Quartet’s three conditions (that Hamas recognize Israel, accept past agreements between Israel and the PLO and renounce the armed struggle.)

If that were the case, it would herald a dramatic, international, diplomatic development. Hamas does not recognize Israel or the agreements signed with it. It's also unwilling to stop the armed struggle against it. Hamas’ raison d’etre is religious. According to the religious tenets of radical Islam, Jews are descendants of apes and pigs, and the land of Israel and Palestine belongs entirely to the Muslim waqf and no person has the right to give it up. That is the reason why Israel and Hamas do not communicate directly (although they do communicate in a variety of indirect ways). Relying on that government of technocrats, Hamas will be able to enjoy the best of both worlds or to have it both ways, so to speak.

On the one hand, it does not change its convention or its doctrine. It also does not recognize Israel while continuing to go about its business. On the other hand, it is represented by a so-called professional, apolitical government that recognizes the Quartet’s conditions. Theoretically, this is a government that could embark on negotiations with Israel.

If that were to happen, a political drama is likely to unfold in Israel. The political right wing in Prime Minister Benjamin Netanyahu’s government, including the prime minister himself, will object recognizing this new government, continuing its demand that Hamas “repent” and accept the Quartet’s conditions.

Well, this is not going to happen. The world, by contrast, will recognize this new Palestinian government. Consequently, Netanyahu will find himself in splendid isolation. He will have to choose between a global, universal demand and Israel’s right wing. The Likud Party and Foreign Minister Avigdor Liberman’s Israel-Beitenu Party will be opposed, as will HaBayit HaYehudi, the party of Economy and Trade Minister Naftali Bennett. The one that will demand to return to the negotiations is Tzipi Livni, the justice minister and Israel’s chief negotiator. Finance Minister Yair Lapid will straddle the fence, remaining on the sidelines, hesitant.

Netanyahu’s associates believe that Livni and chairman of the Labor Party, Isaac Herzog, have been conducting intense negotiations for many months. What is at hand is the unification between Livni’s Hatnua Party and Herzog’s Labor Party. Combined, the two yield 21 seats (out of 120) which is one seat more than what Netanyahu has. (The Likud-Beitenu is made up of Netanyahu’s 20 seats and Liberman’s 11 seats.)

This is a whole new ball game. With the cards reshuffled, anything is possible. The identity of the new president, whose election takes place on June 10, adds flavor to the mix. According to the Israeli system, a prime minister can be impeached through a constructive no-confidence vote. In other words, a government can be toppled and a new one can be elected in its stead under a different candidate. This is Netanyahu’s nightmarish scenario, namely that someone from the left-center will be able to secure enough seats to replace the sitting government.

It should be noted, however, that this scenario stands slim to zero chance of materializing. For this to happen, Lapid will have to agree to serve in a government with the ultra-Orthodox and vice versa. But an ocean of bad blood stands between him and the ultra-Orthodox after the law for “equal sharing of the burden” was passed, forcing thousands of young ultra-Orthodox men to serve in the Israel Defense Forces (IDF) in a few years’ time. Yet, Netanyahu continues to be worried, and for good reason. If Livni were to secede and unite with Herzog, the entire burden of keeping Netanyahu in power will fall on Lapid’s shoulders. A rookie politician and a former journalist with a popular column, Lapid raked in 19 seats during his first bid for the Knesset. Now he will have to decide where he stands exactly: either with the peace camp or with the national camp. If Lapid stays in Netanyahu’s government, the latter will continue to flounder for a while (with only 62 seats.) If he walks out, the government also will fall.

Netanyahu is likely to come up with a solution that will help him to continue his limping forward. It all hinges on the degree of international pressure that will be wielded on him. It is believed that the US administration will not marshal its forces to resume the negotiations in the same way that Secretary of State John Kerry worked in the past 18 months. The cup of humiliation that one Obama can sustain has run over, and the beleaguered American president will have to find some very good reasons to rally himself or his people for another Sisyphean peace odyssey.

The Europeans are the ones who are expected to fill in those empty shoes, and Jerusalem expects them to lunge with vim and vigor into this mission. This will be done under the leadership of Germany, Britain, France and other countries. They will receive tacit, albeit firm backing from Washington, reminiscent of the operation to topple Libyan leader Moammar Gadhafi. Obama will lead from behind. His spirit will hover from above. It's possible that the document of understandings formulated by Kerry will be published, but others will have to do the grunt work.