Prime Minister Benjamin Netanyahu’s repeated avoidance of the Likud Party's internal politics and his silence on the current public debates are adding to the confusion and suspicion that dominate the governing party. 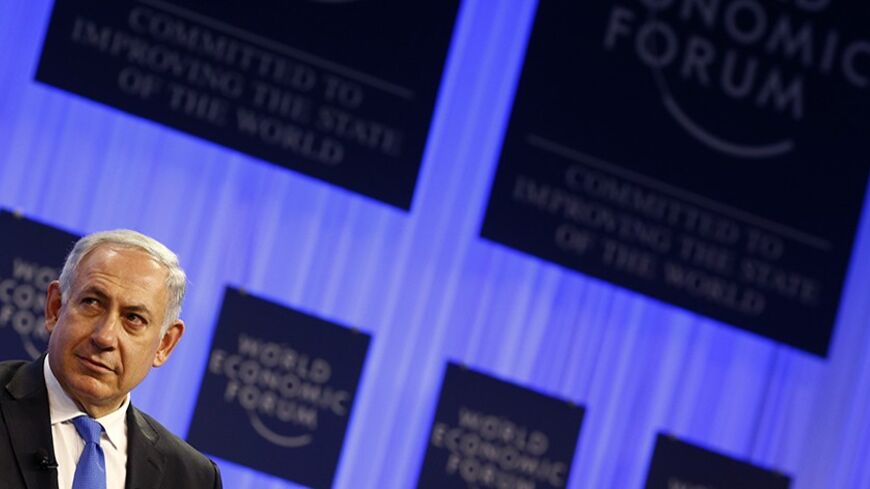 On Feb. 17, the weekly meeting of the Likud-Beitenu Knesset faction was surprisingly canceled. The faction’s ministers and Knesset members were given no explanation. Ever since the recent elections, there is no internal activity within the Likud, and these weekly meetings — though lacking any real substance — have become the only opportunity for Likud Knesset members to meet with the prime minister and with each other.

That same morning, the District Court in Tel Aviv ruled in favor of a lawsuit by Deputy Minister of Defense (and Likud Knesset member) Danny Danon against the Likud Party and the prime minister. In doing so, the court overruled a decision by the Likud Party Court, which prevented the Party Committee from discussing diplomatic issues and the merger with the Yisrael Beitenu faction. From now on, Danon and his “clique,” who represent the settlers and the most extreme wing of the Likud, can put the brakes on the prime minister as much as they want in discussions and diplomatic decisions alike, in anticipation of the moments of truth at the negotiations with the Palestinians.

It not clear what role this lawsuit played in the sudden cancelation of the faction meeting. What is clear is that Prime Minister Benjamin Netanyahu was not sorry to miss this opportunity to see Danon celebrate his victory. The prime minister preferred to focus on his meeting with Peruvian President Ollanta Humala Tasso, who is visiting Israel, and engage him in a long discussion about the Iranian nuclear threat.

Netanyahu seemed bored at recent faction meetings, and sometimes even looked like he was suffering. These meetings always begin with a short statement by him to the media, and continues with the day's provocation by one of the party hawks on the backdrop of the diplomatic negotiations. It is usually Deputy Minister of Transportation Tzipi Hotovely, who fires off a barrage of questions with a thick binder in front of her. Netanyahu rolls his eyes and answers whatever he answers about his commitment to the settlements, with everything being leaked to the media almost in real time.

The participation of Likud ministers and deputy ministers in the right-wing demonstration in the contested territory between Jerusalem and Ma’ale Adumim city (Area E1) on Feb. 13, only worsened Netanyahu's headache. The demonstration, qualified as the largest protest event by the right in recent years, was organized by the Nachala settlement movement, headed by Daniella Weiss, former head of the local council for the settlement of Kedumim in Samaria. Though the leaders of the demonstration told the media that they are just showing their support for the prime minister in the face of US pressure, Netanyahu had no cause to feel supported when he saw Transportation Minister Yisrael Katz, Deputy Ministers Tzipi Hotovely and Ze'ev Elkin, and Coalition Chairman Yariv Levin in lockstep with the Likud’s internal opposition.

Netanyahu is fully aware that what he is seeing is an act of rebellion by people he himself appointed to senior party positions. They are acting against him without an ounce of fear, and what they are doing indicates that in the Likud of today, no one is in charge. Netanyahu himself is to blame for this. He is the one who abandoned the Likud to the right-wing groups, who are now attacking the movement from the inside. The Likud Party has been paralyzed ever since the election. Netanyahu’s office in Tel Aviv's Likud headquarters is locked, and he doesn’t even make an effort to feign involvement in internal politics.

Actually, the prime minister isn’t just avoiding political activity. He is careful to avoid any public debate or conflict so as to ensure some temporary lull. He has hardly been heard during the last days on the issue of the ultra-Orthodox enlistment bill. The bill, which stirs up the Israeli public, now enters its home stretch and threatens to tear the coalition apart. Netanyahu is standing on the sidelines, allowing the Yesh Atid and HaBayit HaYehudi factions to bicker, while he removes himself from the process so as not to destroy his relationship with the ultra-Orthodox once and for all. That is what provoked the statements of Knesset member Ofer Shelah of Yesh Atid Party, who in an interview with Al-Monitor called on the prime minister to stop stuttering and declare his support for the law.

But that is not all there is to Netanyahu’s absence from the public agenda. The serious crisis facing the Hadassah Medical Center did not motivate him into taking up the lead and stirring towards a solution, or at the very least, into making some statement of principle. As someone who once served as minister of health during his last term as premier, he could have taken a more active role in the efforts to prevent the hospital from collapsing.

Netanyahu has also excluded himself from being involved in the presidential race, and it's unclear whether he will even officially support the Likud’s candidate. Apart from Knesset member Reuven Rivlin, who was feuding with Netanyahu and has already started collecting the 10 signatures from Knesset members that would allow him to run, another Likud Knesset member, Minister of Energy and Water Silvan Shalom, is also considering tossing his hat in the ring. Netanyahu is maintaining his neutrality and is not getting involved in the race in any way, at least for now while it's heating up. On the other hand, concerning the presidential elections, it is not even clear if Likud’s presidential candidates would want his support. According to one of the party ministers, “Bibi [Netanyahu] is a burden in these elections. It’s not like if he supports a certain candidate, he actually helps him get elected by recruiting votes for him. Because his status in the Likud is weak, and he even evokes antagonism in extreme right-wing circles, it is better to avoid getting his support.”

The more the Likud distances itself from Netanyahu, the more Netanyahu distances himself from the Likud. His contact with the party’s senior cabinet members is getting weaker, and his suspicion that they are working against him is intensifying. The political figure who has racked up the most face time with Netanyahu over the past few months is actually Justice Minister Tzipi Livni, who, as chairwoman of the Kadima Party in the previous Knesset, used every speech she delivered to cry out that Netanyahu posed a danger to the country. Right now the justice minister, who is also in charge of negotiations with the Palestinians, sees Netanyahu much more frequently than any Likud minister.

Netanyahu’s avoidance of his party’s internal affairs and his close ties with Livni of the HaTenua Party and with Foreign Minister Avigdor Liberman of Yisrael Beitenu contribute to internal assessments within the Likud that he is considering splitting the party. “It’s not clear what Netanyahu wants,” says a senior Likud Party member. “On the one hand, he is hinting that he has no plans to split the party. On the other hand, there’s a feeling that he is simply apathetic about everything because the Likud no longer interests him. He must be saying to himself, 'It’s because of me that the Likud-Beitenu Party now gets 35 seats in the polls. I’m carrying the Danons and Hotovelys on my back. Let’s see them manage without me.'” This assessment emphasizes the depth of the confusion and suspicion that currently dominate the governing party and the inability of even the most senior party members to anticipate where the prime minister is headed.