Israel is assessing the consequences and contingencies for dealing with Syrian insurgents on its northern border and Syrian President Bashar al-Assad's holding on to power. 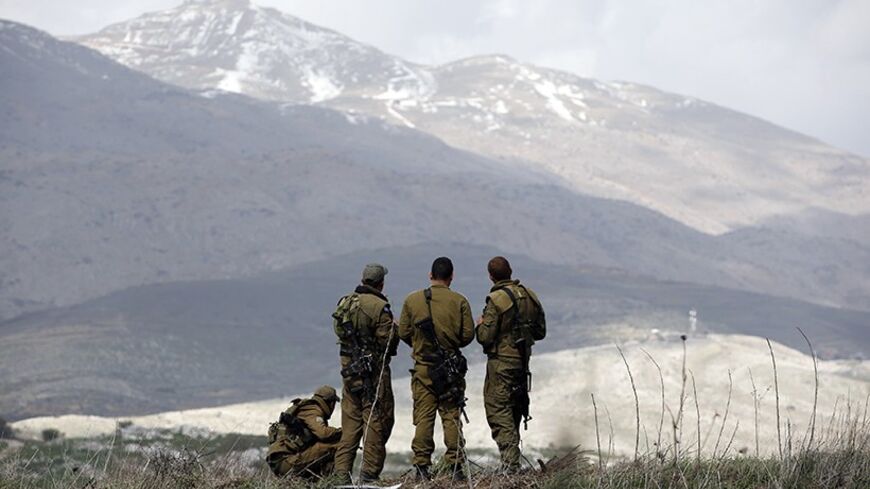 Some of Israel’s top defense officials are already willing to wager the results of the forthcoming elections in Syria. “Syrian President Bashar Assad will get about 70% of the votes,” one high-ranking Israeli defense official told me this week. Those more inclined to joke add that the difference between the customary results of elections in Syria, whereby the president usually rakes in 98% of the votes, and the next results expected is that those who will not vote for Assad this time have either been killed or wounded.

On a more serious note, however, after more than three years of bloody civil war, even Assad and his associates understand that yesteryear’s traditional results, which reflected 100% support for the president, belong to a bygone era. “This time [the Syrian regime] will have to demonstrate a democratic game, or at least go through the motions,” Israeli intelligence officials monitoring Syria have said. As for Assad's fate, there are no more disputes in Israel. Everyone understands that in the short run, and perhaps in the medium term as well, Assad is here to stay in one form or another.

Although the election is a matter of humorous wager, when it comes to weightier topics, the Israeli defense establishment has a few surprises lying in wait. Of late, there have been quite a number of reports suggesting that the removal of chemical weapons and materials from Syria has been sluggish and unwieldy and that Assad continues to hold on to large parts of his chemical capability. Allegedly planning to conceal them, he hopes to keep some “residual chemical capability” for D-Day. Israel thinks otherwise, however.

“By now, Assad has removed more than 90% of his chemical weapons and materials,” a high-ranking Israeli defense official said last week. “The deal, which was brokered under the aegis of Vladimir Putin, the Russian president, and endorsed by the Americans, is being carried out,” the official said. “The chemical materials remain primarily in one site, from which they are hard to remove due to security issues,” he said.

The true test of implementing the agreement, according to Israeli defense officials, will take place next month, when international inspectors are scheduled to arrive in Syria to examine its chemical sites. At that stage, many intelligence agencies, including Israel's, are expected to weigh in on the issue of whether Assad has been able to retain a residual capability.

Meanwhile, semichemical strikes in Syria continue at various locations, consisting of diluted, supposedly non-lethal chemicals. At this stage, these relatively quiet attacks remain under the radar. The world powers, chief among them the United States and Russia, are busy with the Iranian issue. At the moment, the world has opted to forget about Syria’s chemical weapons or at least to put the issue on the back burner and move on.

From an Israeli perspective, the Syrian crisis can in hindsight be divided into three main parts: the first year, the second year and the third year. During the first year, everyone was sure that Assad’s fall was certain and imminent. Ehud Barak, Israel’s former defense minister, estimated that Assad would be toppled in a “matter of weeks.” In contrast, during the second year, the Israeli defense establishment was baffled and confused. Certainty about Assad’s demise disappeared, and disagreements arose. Some people began calling into question Israel's vested interest in seeing Assad fall. The assessment on his overthrow was modified from a “quick and certain fall” to “will likely fall, yet it still remains unclear when.” By the third year, that estimate was also abandoned, and disputes about what would best serve Israel’s interests intensified.

As the end of the third year nears, the situation remains vague, or what Israel calls “stable vagueness.” Assad is neither falling nor going anywhere. On the other hand, the insurgents also have no intention of folding or pledging allegiance to the Alawite regime. Both sides are nourished by the backing of powerful external elements that have not given up. The insurgents are backed by the Sunni regimes and al-Qaeda, whereas Assad gets support from Iran, Hezbollah and Russia.

Given that Assad and his allies have more resolve and are better equipped, the Syrian ruler has the upper hand at the moment. Israel believes that he is poised to stabilize his regime and that the danger of his imminent demise has been averted, despite his being wholly dependent on outside assistance from a financial standpoint. With the Syrian economy in shambles, the country has become insolvent.

According to current assessments, Assad is stabilizing his grip on the major cities. Having completed his bloody work in Homs last month, Assad has Aleppo in his crosshairs. He is establishing territorial contiguity between Damascus and the major cities and “Alawistan” on the coastline. In the meantime, he will also try to re-establish his legitimacy through the elections.

What is interesting against this backdrop are developments on the Golan Heights along the Israeli-Syrian border, which had been totally quiet since the 1973 Yom Kippur War. According to an Israeli assessment, the insurgents have the upper hand in the Syrian Golan and are close to occupying the key town of Quneitra. Assad’s military has suffered some serious defeats in the Golan Heights in the last couple of months, so one cannot rule out the possibility that Israel might soon find itself in a paradoxical situation of the kind that can only occur in the Middle East.

On the one hand, Assad is surviving and stabilizing his regime. On the other, Israel has a northern border with an entirely new factor, namely, Syrian insurgents, who have cemented their grip on the Syrian Golan Heights. Israel is now girding itself. After a generation’s time, the 36th Armored Division was pulled out of the Golan Heights and replaced by a division that specializes in what is known in Israel as “low-intensity security operations.”

If the insurgents do end up taking the Golan Heights, Israel will have to decide whether to continue its policy of tacit aid, namely, welcoming wounded Syrians and transferring them, when needed, to Israeli hospitals. It will also have to decide how to respond to acts of provocation. For example, in the event that Assad loses his grip on the Golan Heights and Israel receives intel about a terrorist attack or a plan to unleash fire against Israel or Israeli locations from the Golan Heights, will Israel find it appropriate to operate there militarily? These are the weighty issues with which Israel’s defense and political establishments are presently contending. In the end, as always, what happens on the ground will also determine the reaction.