Erbil’s decision to export oil without consulting the Baghdad government could also increase Turkish leverage on the Kurdistan Region of Iraq. 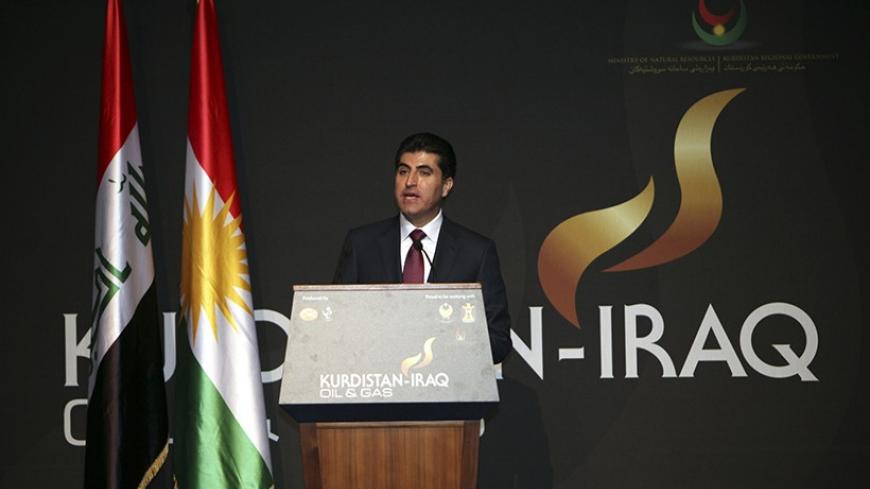 The announcement this month that the Kurdistan Regional Government (KRG) was exporting oil independently of the Iraqi central government was an attempt to impose a new reality on the ground before proceeding with negotiations on the formation of a new Iraqi government. This move, however, will have an impact on the negotiations that goes beyond relations between Baghdad and Erbil. It not only annoyed Prime Minister Nouri al-Maliki — who described the move as an operation to steal oil — but it also had a negative effect among some of the forces that have good relations with the Kurds.

Suhad al-Obeidi, a member of parliament in the Mutahidoun bloc, which is led by parliament Speaker Osama al-Nujaifi, said that no one can accept the unilateral export of oil by the Kurdistan Region of Iraq. It seems that a number of Sunni politicians, especially those representing disputed areas between Erbil and Baghdad such as Kirkuk, were put in an awkward position because the Kurds raised the ceiling of their demands and acted unilaterally. Some of these politicians told Al-Monitor that the Kurdish step came as a surprise and confused most of the Iraqi political forces. This is especially true since it was followed by statements from Arif Tayfour, a Kurdish leader and deputy speaker of parliament, calling for the annexation of the Kirkuk province to Iraqi Kurdistan, after the elections proved that the Kurds, who received a majority of parliamentary seats in the province, maintain a demographic majority in Kirkuk.

Kurdish officials believe that the Maliki government did not adhere to the promises made to them when the current government was formed under the Erbil Agreement in April 2012. They feel the government has taken hard-line stances toward their demands, represented in recent months by halting payment of the Kurdistan region's budget due to disputes between the two sides over oil policies and contracts the region signed with international oil companies without consulting the Iraqi government. It appears the KRG has decided to put the bar high just before negotiations with other Iraqi forces to form a new government, and to impose a fait accompli through bypassing Baghdad's refusal for the region to export its oil independently. This is done in the hope that Maliki or any of his competitors’ need for Kurdish support will force them to adapt to the new situation.

So far, it seems that this step has deepened the crisis in relations between Baghdad and Erbil. The Iraqi government announced on May 23 that it was prosecuting the Turkish government for violating an agreement between the two sides not to deal with any party other than the federal government when it comes to exporting oil through Turkish territory. Furthermore, Baghdad announced that the Iraqi Oil Ministry will boycott any party proven to import "looted" Iraqi oil from the Kurdistan region. In contrast, KRG Prime Minister Nechirvan Barzani has threatened to take additional unilateral steps if Baghdad does not respond to the KRG's demands. He added that Baghdad has only delivered 10% of the region's share of the federal budget, which the Kurds stress should be 17%. As a kind of reassurance, most Kurdish statements indicate that Iraqi Kurdistan will adhere to treating the exported oil as Iraqi oil, and thus would only deduct the region's share of the proceeds and send the remaining amount to Baghdad. However, Mouayed Tayyib, the spokesman for the Kurdistan Alliance bloc, argued that the region would retain all revenue from the oil if Baghdad insisted on nonpayment of what the Kurds considered the dues owed to them by the Iraqi government.

However, at a time when the KRG is directing blame at Maliki alone, to the extent of declaring that if he remains at his post this would lead to the division of Iraq, this step may be more harmful to his opponents than to Maliki himself. Both preceding and following the April 30 elections there was a lot of talk about the possibility of a front — comprising Shiite, Sunni and Kurdish powers — to prevent Maliki remaining in office for a third term. However, this Kurdish step might lead to the absence of a high level of coordination with Maliki's Shiite and Sunni adversaries in this potential front. The Kurds decision to announce an alliance comprising all Kurdish parties to negotiate with other powers was the beginning of a revival of the ethnic and sectarian alignments that the electoral competition seemed to have weakened. In light of the Kurds coming together in a single bloc that adopts a high bar of demands, it would be difficult for any Shiite group to ally with them individually, outside the framework of the broader Shiite umbrella. Especially since this would likely lead to accusations of treason and collusion with the KRG against Baghdad.

It seems that the message sent by the Kurdish forces is that they prioritize the interests of the Kurdistan region over working to reform the Iraqi political system and offering long-term institutional visions to deal with the problems created by the previous period. This is confirmed by the threats of Kurdish officials to secede in the case that Baghdad does not respond to their demands, which can be interpreted as a sign that there is no long-term Kurdish commitment to the unity of Iraq, especially if the Kurdistan region is able to develop its resources to the point that it can independently bring in more revenue than what is provided to it by Baghdad. Meanwhile, some believe that this stance to independently export oil could open the door to serious bargaining between Maliki and Iraqi Kurdistan, to arrange their relationship in a different way that gives the region greater autonomy. Yet, it could also lead to a crisis for the KRG if it is established that no major coalition is ready to offer the concessions the Kurds want. At that time, the KRG will have to decide whether to back down from its hard-line stance or implement its promise to secede. If the latter happened, it may free the region of Baghdad's influence, but would make it — to an even greater extent — at the mercy of Ankara.