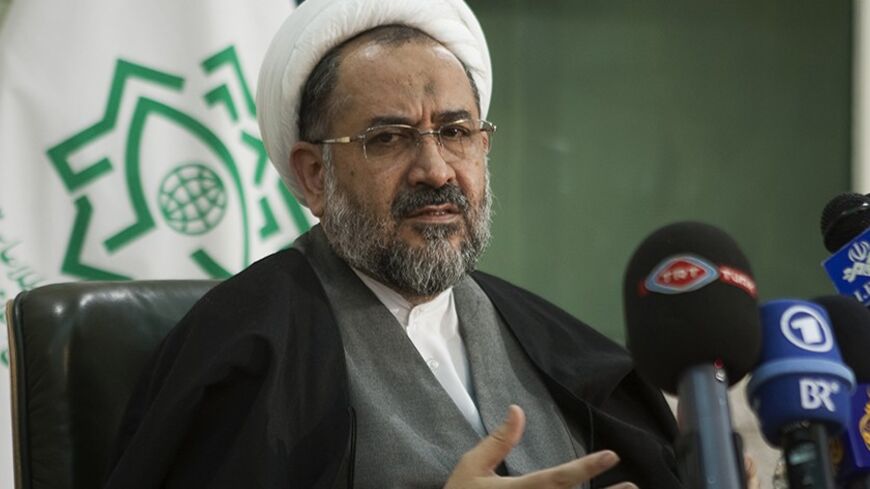 In an interview with Fars News, former Iranian Intelligence Minister Heydar Moslehi discussed the details of how former President Mahmoud Ahmadinejad tried to fire him in 2011.

The near-firing of Moslehi was a turning point in Ahmadinejad’s second term and his relationship with the Supreme Leader Ayatollah Ali Khamenei. It also revealed an irreparable division between the conservatives who had up to that point presented a united front against the Reformists and Green Movement supporters. This was also the point at which then-Chief of Staff Esfandiar Rahim Mashaei was accused of being part of a “deviant current” within the administration and even received death threats from hard-liners.

“It was noon on Sunday that [Ahmadinejad] called me and told me to come see him,” Moslehi said of the day Ahmadinejad tried to remove him as head of the ministry. “The day before, I switched the position of an [intelligence] official who was a friend of Mashaei’s. Ahmadinejad told me that it can’t be like this and [that] everything that we told you, you didn’t listen to, and we made up our mind.”

According to Moslehi, Ahmadinejad then asked him to resign. Moslehi refused, he said, because that would imply that removing Mashaei’s associate was wrong. That afternoon, Ahmadinejad’s Cabinet held a meeting. Moslehi said that some of Ahmadinejad's “clever” tactics were to make big decisions or announcements at the end of meetings so no one would have time to oppose them, and thus make the issues public.

At the end of the meeting, Ahmadinejad announced that Moslehi would be essentially demoted to “intelligence adviser” to the president. Before the session ended, however, Moslehi said that an official from Ayatollah Khamenei’s office arrived with a letter telling him not to go through with the demotion. Moslehi then received a letter from the supreme leader telling him not to leave his position.

Despite the political costs, Ahmadinejad’s loyalty to Mashaei persevered. Moslehi said that he tried to talk to Ahmadinejad afterward about sidelining Mashaei. However, Ahmadinejad refused and repeated his popular saying, loosely translated as “Mashaei is me and I am Mashaei.”

When the interview turned to the 2009 post-election protests, Moslehi said that former President Mohammad Khatami’s role had been “completely calculated” and that Khatami was “leading and guiding the sedition.” Despite calls by some hard-liners to arrest Khatami, Moslehi said, “The system took into consideration to not do to [Khatami] what it did to others.”