Hamas will accept, and not challenge, the PLO's agreements with Israel. 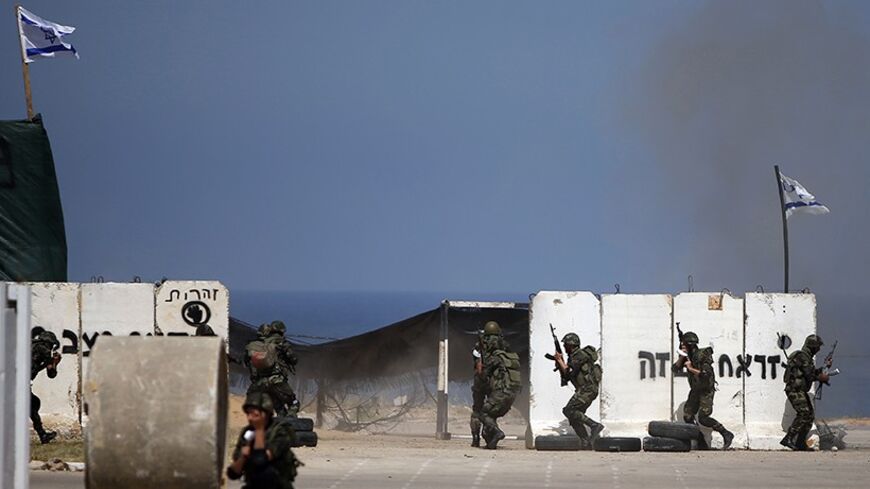 “Sabr” has been a key term in the behavior of the Hamas movement from its inception. “Sabr,” Arabic for “patience,” is one of the most important tools for anyone wishing to study the Hamas leaders’ decisions or foresee them. To form a unity government whose technocratic ministers are not subordinate to the organization’s advisory council, Hamas gave up most of its authority and all of the power centers it fought in the past to control. That same ''patience'' is what enabled the movement’s leaders to agree to do so with relative ease.

Throughout the talks with Fatah, the success of which was quite surprising, Hamas managed to rebuild the bridge it had destroyed with its own hands seven years ago between the Gaza Strip and the West Bank. This patience was largely a tactical move, but it also had a long-term strategic effect that greatly affects the movement’s leadership. Within the framework of the new understandings, Hamas is accepting new rules that in the past were totally out of the question.

“Do you seriously think they will accept the notion of 'one authority under one weapon'?" I asked Fatah activists who had escaped from Gaza to Ramallah by the skin of their teeth seven years ago when Hamas mounted the military coup in the Gaza Strip. The answers I got this week were unanimous and unambiguous: “They have no choice. This is a different Hamas than the one we knew in the past: mature, responsible, experienced.”

One of the key people in the talks with Fatah is Ghazi Hamad, deputy foreign minister in Gaza’s outgoing Hamas government. Hamad is considered one of the leaders of the pragmatic wing, viewed today as the movement’s leading force. In behind-the-scene talks that Hamad held with Fatah activists — many of them his former friends from the Gaza Strip — he convinced them of the movement’s serious intention to compromise.

Hamad told them that his movement accepts the idea of establishing a Palestinian state within the 1967 borders and would not act against the accords that the PLO signed with Israel in Oslo, on the basis of which the Palestinian Authority (PA) was established. According to those Palestinian sources, the main reason for Hamas’ new conciliatory approach is related not only to the abysmal situation in which the movement finds itself since the overthrow of the Muslim Brotherhood in Egypt, but rather to a deeper, broader change in Hamas — a change that has very great significance for its future, in general, and for its attitude toward Israel, in particular.

For years, the Hamas movement fought against all the agreements signed by the PLO with Israel because these pushed it out of the political game. The movement’s leaders were greatly disturbed by the definition that kept coming up in these agreements — “the PLO is the sole and legitimate representative of the Palestinian people.” Since its founding, and throughout all the years of its armed struggle against Israel, Hamas has sought to obtain legitimacy for leading the Palestinian people and take part in the building of this nation. Its entry into a unity government at the present time is made possible by an understanding that the movement is being accepted as a legitimate representative of parts of the Palestinian people.

Following the reconciliation move, which appears to be reaching a successful end this week, Hamas will retain rights — but also obligations. According to Palestinian sources, Hamas will be forced to stop fighting against the agreements signed with Israel, in what might be accepted as a silent acquiescence to the existence of the State of Israel. That’s how the unity government has turned from being a tactical step to a significant strategic move.

The discussions on forming a unity government took a month and a half. The main practical issue was how to integrate the huge military force established by Hamas into the Palestinian security apparatus; how to make the forces of the resistance subordinate to PA Chairman Mahmoud Abbas, who does not hide his desire to reach a peace agreement with Israel.

Rami Hamdallah will retain his incumbent position as prime minister and head the unity government. Ismail Haniyeh, the former personal aide to Hamas founder Sheikh Ahmed Yassin, who became the first Hamas prime minister, will go back to his home in the Shati refugee camp, recoup his strength and wait. He has endured seven tough years as a prime minister who unsuccessfully tried to prove that he could turn the movement into a governing system that would see to the welfare of Gaza’s residents. Since being appointed to the job, Gaza has witnessed one revolution, two wars, a hermetic closure, thousands of dead and wounded and tremendous destruction. Haniyeh blames Israel for not allowing him and his government to fulfill the promise they gave the voters.

And now the time of the “sabr” has come. A moment of waiting and soul-searching. It happened once before, after Yassin's assassination, when the terror organization began its transformation into a political movement. This week, the movement will take another step on this path, as well as taking time out to study and understand the new rules of the game to which it objected until not so very long ago. The first of these rules is the recognition that Israel is an existing fact.

All that’s left now is to see how Abbas navigates the united government of technocrats through the many missions he faces: the requests for membership in UN organizations, the elections to the PA and, most importantly, the dead end that he reached vis-a-vis Israel.