Egypt has toned down its rhetoric on Ethiopia’s controversial Renaissance Dam, adopting instead a conciliatory approach with Addis Ababa to resolve the dispute. 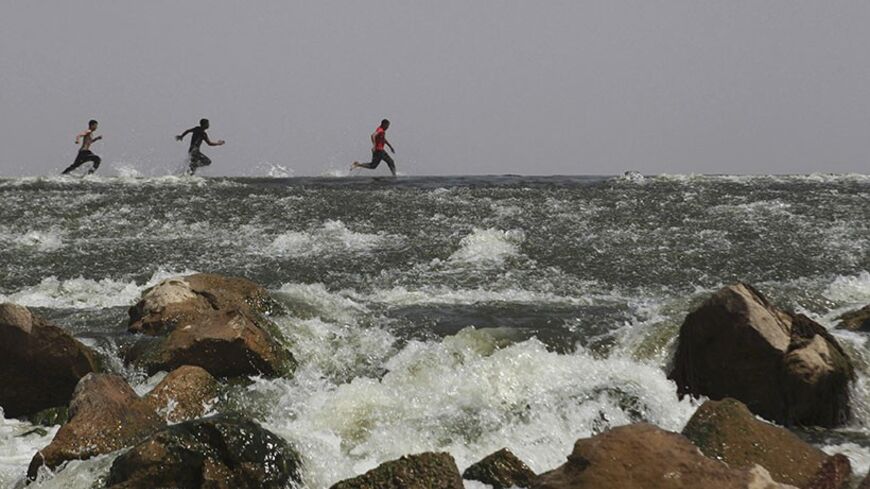 CAIRO — The Egyptian government is leaning toward adopting new policies aimed at resolving its dispute with Ethiopia concerning its Renaissance Dam project. Egyptian officials and technical experts have espoused a calmer rhetoric calling for the adoption of good-faith policies and the advancement of mutual interests. This is despite the lack of actual arrangements for the holding of new political and technical negotiations between the two countries, subsequent to the collapse of the previous round of negotiations in January.

In the past few weeks, official Egyptian rhetoric concerning the Renaissance Dam crisis mutated into one calling for understanding and renewed discussions. In statements made to the press on May 11, Prime Minister Ibrahim Mehleb said that Ethiopia’s construction of the Renaissance Dam had become a fait accompli and must be dealt with in the context of safeguarding mutual interests, thus guaranteeing that Egypt receives its water and Ethiopia generates its energy. Furthermore, Egyptian Foreign Minister Nabil Fahmy told Al-Monitor on May 15 that Egypt would not enter into a conflict with Ethiopia as a result of the dam’s construction.

Another Egyptian government official told Al-Monitor on condition of anonymity: “Intensive meetings continue to be held until the end of Egypt’s presidential elections and the swearing in of a new president, to determine the country’s positions vis-a-vis the Renaissance Dam crisis. Exhaustive hearings are being held with a number of technical experts and specialists in the field of dam building, to reassess the real impact of the dam’s construction.”

The source said: “The general consensus in those hearings leans toward adopting a new policy of positive engagement with Ethiopia to solve the dam crisis. We now possess real data that reflects the dangers posed by the dam. These will be scientifically assessed to minimize those dangers through serious negotiations with Addis Ababa.”

The Egyptians have specified their exact problems with the Renaissance Dam. “The list of qualms was reduced to about 20 problems that Egypt would face once the Ethiopian dam is built. But the latter is not the only responsible party, for Sudan would also be responsible for negatively affecting Egypt’s water security, as a result of the Renaissance Dam being built on the Blue Nile, close to the Ethiopian-Sudanese border,” the government source said.

Another technical source, involved in the decision-making process relating to the Nile water dossier within the Egyptian government, explained to Al-Monitor that Ethiopia’s commitment to use the Renaissance Dam only for power generation has allayed Egyptian fears. “This is because, in this case, water cannot be stored behind the dam, but needs to flow for electricity to be generated. We are now examining ways by which to benefit from the dam, particularly those concerning increasing the rate of water flow to Egypt, as well as developing ideas to reduce any negative effects,” the technical source said.

Egypt’s conciliatory tone is Cairo’s attempt to extract whatever benefits it can from a dam that it seemingly cannot prevent from being built. Water issues expert and head of the Egyptian Water Partnership, Khaled Abu Zeid, elaborated on this point in an interview with Al-Monitor. “From the first day, when Ethiopia announced moving forward in building the Renaissance Dam at the beginning of 2011, Egypt started talking about mutual benefits and did not completely object to the building of installations on the Blue Nile, if Egypt, as a downstream country, was first consulted,” he said.

Abu Zeid said that Ethiopia has not seriously addressed overtures by Cairo to consult over the project, in particular Egypt’s proposal for a memorandum to build trust.

“The level of seriousness and transparency in talks between Egypt, Ethiopia and Sudan will determine the possibility of success in those negotiations. Egypt still has legitimate concerns about the building of the dam,” he said.

In a further sign that Egypt is resigning to accept the reality of the dam, groups of Egyptian water, environmental and agricultural experts have begun developing scientific solutions to cope with the dam’s negative effects. This comes at a time when negotiations have broken down and the Ethiopian side continues to move forward in the construction of the dam.

Al-Monitor spoke with the head of the Environmental Studies and Land Use Division at the National Authority for Remote Sensing and Space Sciences, Abdallah Jad. “We are examining a range of scientific solutions that will be submitted to the political leadership, for implementation to begin and Egypt’s water and food security safeguarded from the dam’s negative effects. These solutions are part of efforts to cope with perceived risks, and entail searching for nonconventional water sources, increasing wastewater use, the desalination of seawater and developing scientific research meant to exploit low-cost techniques, while hybridizing crops that would require less water to grow and satisfy the demand for main food staples,” he said.

The rhetoric of Egyptian presidential candidates concerning the Renaissance Dam crisis also seems to have taken on a conciliatory tone that moved away from conflict and escalation. Both candidates, Abdel Fattah al-Sisi and his opponent Hamdeen Sabahi, called for the need to find middle-of-the-road solutions to the crisis that do not harm Egyptian interests in the waters of the Nile.

The shift in Egypt’s position occurred when the Ethiopian side achieved advances on the ground and concluded approximately 32% of the dam’s foundation works. Despite Egypt’s objections, it now seems for Cairo that the time has come for a return to the negotiating table, a decision that Egypt’s executive bodies await their future president to take.