After negotiations broke down between Cairo and Addis Ababa regarding the Ethiopian Renaissance Dam, the Egyptian government is considering internationalizing the issue through filing a complaint with international bodies. 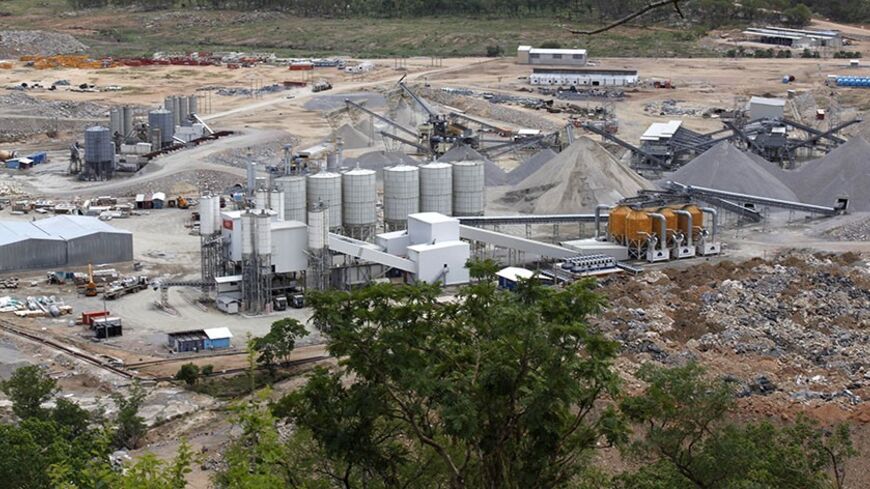 After all attempts to solve the Egyptian-Ethiopian crisis over the Renaissance Dam at the negotiating table ended in failure after a third round of negotiations on Jan. 4, with Egypt withdrawing from the discussions and conferences being held in Khartoum, there is now talk at the governmental level about internationalizing the issue. At the same time, Egypt is witnessing rising popular demands to resort to the UN Security Council to establish Egypt’s right to veto the establishment of the Renaissance Dam, given the potential danger it represents to Egyptian water security.

Khalid Wasif, the official spokesman for the minister of irrigation and water resources, revealed to Al-Monitor that Egypt has “begun to explore international channels for setting up alternative diplomatic and political tracks to ward off the dangers that might afflict the country if the Renaissance Dam is built, in light of the announced specifications of the dam.” He emphasized, “Egypt will not allow the dam to be built and will move to rally international pressure to prevent it from being funded. Moreover, Cairo will work [to secure] a public declaration by the international community rejecting the dam’s completion, in the absence of [Ethiopian] guarantees that Egypt and Egyptians will not suffer any loss in water security, nor will the other states of the Nile Basin. Egypt has rights guaranteed by international law and agreements, which the Ethiopian side is not respecting.”

Wasif added, “According to existing agreements governing the river — which require upriver states to notify Egypt in advance and obtain its consent prior to embarking on any projects that would affect the Nile sources — Egypt’s is the stronger legal position. Yet, Egypt has nevertheless insisted upon resolving the issue in a friendly manner, through reciprocal dialogue with the Ethiopian side, devoid of any escalation. But the government in Addis Ababa has shown no appreciation for this fact. Thus, Egypt has refused to continue the latest Khartoum meetings, given Ethiopia’s insistence on not providing the necessary guarantees that Egypt’s share of the water supply will remain secure.”

Rida al-Dimak, the director of the Center for Water Projects at Cairo University's Engineering College, told Al-Monitor, “The development of alternative supplies of water must be accelerated, to replace the water that will be lost as a result of the construction of the Renaissance Dam. Foremost among these alternative sources is the exchange of wellspring [water] with the [Democratic Republic of the] Congo, transferring water from the Congo River to the Nile, so as to guarantee that the amount of water available to Egypt remains constant.”

Dimak warned against the completion of the Renaissance Dam according to its current specifications, stating that it would constitute a violation of human rights. The social and environmental effects, he explained, must be taken into consideration whenever a new water project is built, in accordance with inviolable international conventions. Some international reports have confirmed that the Ethiopian dam will result in a shortage of drinking water and destruction of a great deal of Egyptian agricultural land. This, he states, provides the foundation for Egypt’s right to object to the dam in international forums.

For his part, former Minister of Irrigation and Water Resources Muhammad Nasr al-Din Allam said in an interview with Al-Monitor that the Egyptian government no longer has any alternative but to move quickly to take steps toward international escalation. The first of these, he states, should be to lodge an official protest against the government in Addis Ababa, formally declaring Egypt’s rejection of the project.

“This right is guaranteed to us by old agreements signed and recognized internationally, and which were conditioned upon notifying Egypt in advance before any Nile-related project was established. This protest ought to be followed by the lodging of an official complaint with the UN to establish Egypt’s position and [remonstrate against] Ethiopian intransigence, as well as to formally demand the formation of an international fact-finding committee to study the points of disagreement between Egypt and Ethiopia. These points include the dam’s capacity, the period of time needed to fill it, [details concerning its] operation, the project’s unsound and unsafe construction and the lack of rigorous Ethiopian studies demonstrating that the dam is not vulnerable to collapse, something that would have disastrous consequences for both Egypt and Sudan,” Allam noted.

Allam stressed the need for Egypt to demand that construction on the Ethiopian dam be halted at once, until the fact-finding committee completes its work. According to Allam, this would require “a period of, at most, three to six months.” Moreover, he added, “A copy of the committee’s report should be brought before the UN, to demonstrate the damage that the dam would wreak upon Egypt, which should then head to the Security Council.”

In an interview with the daily El Fagr on Jan. 9, Ayman Salama, an Egyptian expert in international law, stressed that the Egyptian government would be justified in taking its case to the UN Security Council, even though “one cannot adopt international arbitration to settle the crisis, since that would require the assent of both parties to the conflict to adopt this formulation of crisis resolution. The Ethiopian government has indicated that it will be highly intransigent on this issue. International arbitration has therefore become extremely unlikely. But Egypt might be able to turn to the Security Council. This, however, would require the preparation of a file containing documented facts of legal and material evidence of the harm that this dam would incur, both to Egypt and to its vital interests. The issue must be shown to threaten the peace and security of the two countries. [If successful], a number of measures could then be taken by the Security Council to compel Ethiopia to meet Egyptian demands.”

Egypt’s National Defense Council has already held an emergency session on Jan. 8, headed by President Adly Mansour and dedicated to reviewing internal developments and the domestic Egyptian security situation. With the irrigation and water resources minister in attendance, the council also examined the latest developments concerning Ethiopia’s Renaissance Dam and the steps being taken on that front to preserve Egyptian water security. It also noted the steps devoted to reducing or eliminating any negative effects that the soon-to-be-built dam might have on Egypt or the other states of the Nile Basin. The council also stressed that Egypt’s water rights must not be squandered, and that it would not accept any undermining of Egyptian national security.

These steps, and Egyptian moves toward international escalation and the internationalization of the Renaissance Dam crisis, follow years of Egyptian insistence upon solving the crisis through mutual dialogue at the negotiating table.

UPDATE: In a phone conversation with Al-Monitor, Dr. Khalid Wasif, the official spokesman for the Egyptian Ministry of Water Resources and Irrigation, confirmed that the statements attributed to him in the above article entitled "Egypt may take Nile dam dispute with Ethiopia to UN" were referring to international diplomatic and political proposals. This differs from the term "internationalization" that was used in the article. The latter refers to direct complaints to international organizations, and that was something proposed by others interviewed for the article, not him.