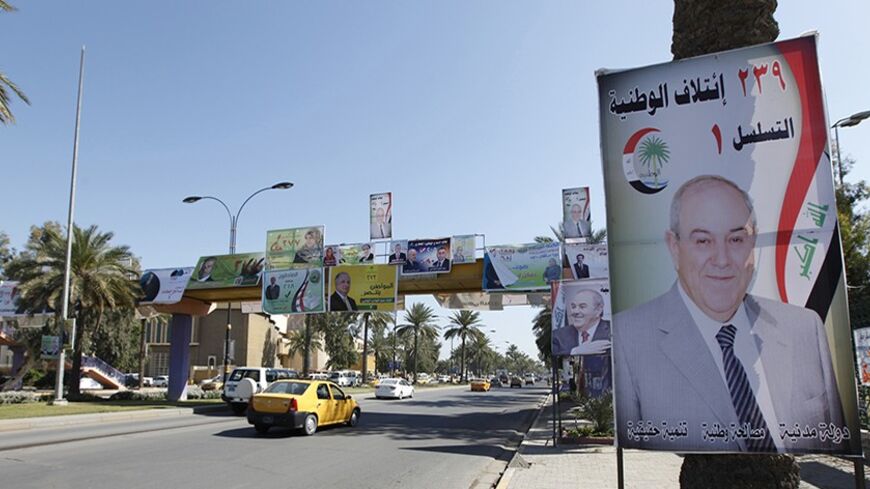 Coverage of Iraq’s parliamentary elections by the Iranian media has been minimal. However, the website IR Diplomacy run a special 40-page election issue titled “Expecting Change.” One of the more interesting interviews they conducted was with former Iraqi Prime Minister Ayad Allawi.

Iran and Allawi have a contentious relationship. In 2010, it was reported that Iran opposed Allawi’s premiership. Allawi, in turn, had accused Iran of funding terrorism across the Middle East. That one of Iran’s top foreign policy publications would interview such a strong critic of Iran was surprising. IR Diplomacy’s editor-in-chief Mohammad-Sadegh Kharazi was a foreign policy adviser to former Reformist President Mohammad Khatami. Iran’s current Foreign Minister Mohammad Javad Zarif was one of the early advisers for IR Diplomacy.

The article’s title, “Iran has a problem with the secular Allawi,” was derived from the interview. While Allawi is Shiite, he has support among some Sunni voters. He also has the support of Iran’s regional rival, Saudi Arabia.

In the interview, Allawi said that while he was hopeful about the outcome of the elections, he was also worried it would lead to sectarian divisions due to “international interference,” just as happened in the 2010 elections. When asked exactly who he meant, Allawi said he meant “all of the countries that have a type of role in Iraq and advance their own policies in Iraq. All of Iraq’s neighbors — even Syria, which is in a civil war — works to have influence in Iraq’s elections.”

Allawi listed the United States, Iran, Turkey, Saudi Arabia and Qatar as other countries that are interfering in Iraqi affairs. He described the 2003 US invasion of Iraq as “having nothing … but the overthrow of Iraq and turning Iraq into a country for other countries to invade.”

Allawi was asked if he really believed “the accusations he has made against Iran in every interview he has had.” He said that Iran had a direct relationship with many of Iraq’s political movements and that it was “natural that they would have influence in Iraq, even more so than other countries.”

He said that while Iran has its own interests in Iraq, it must coordinate those interests with Iraqi interests. In an exclusive interview with Al-Monitor, Allawi added that Iran should “at least put pressure on its allies to calm the security of the country and to distance itself from sectarianism.”

Allawi said that Iran should form relationships with all groups, not just those in power, such as Maliki's. The interviewer then cut him off, saying that Iran has relations with “Kurds and moderate Sunnis.” The interviewer then asked Allawi why he never criticized Saudi Arabia, Qatar or the United States. Allawi responded that the Americans, who “put Iraq in this situation,” are gone. He described US policy with respect to Iraq as “indifference.” He also said that Saudi Arabia and Qatar’s policies “are clear” and haven’t changed.

On his close personal relationship to Saudi Arabia, Allawi said that since he began his struggle against former Iraqi leader Saddam Hussein, Saudi Arabia, Jordan and the United Arab Emirates had supported him. He said that people who are sectarian didn’t like his “friendship with Arab and Islamic countries.”

The interviewer then asked him why he has refused to visit Tehran despite numerous offers. Allawi said, “Iran doesn’t like me. The Iranians don’t know me as one of them. The Iranians do not want to work with Ayad Allawi. In their beliefs, Ayad Allawi does not fit into their overall policy. They prefer others over Ayad Allawi. I am a secular person who believes in the separation of religion and politics. And in this direction is how I define my relations with other countries, such as Arab countries.”

In response to the violence in certain areas that may prevent voters from participating, Allawi said, “In my belief, this smells of a conspiracy. Meaning, a conspiracy exists — that they want an environment so that [in] some regions, especially Sunni regions, people do not go to the voting booths.”