US diplomacy is actively engaged on all fronts in the region, while the president’s critics offer no feasible alternatives. 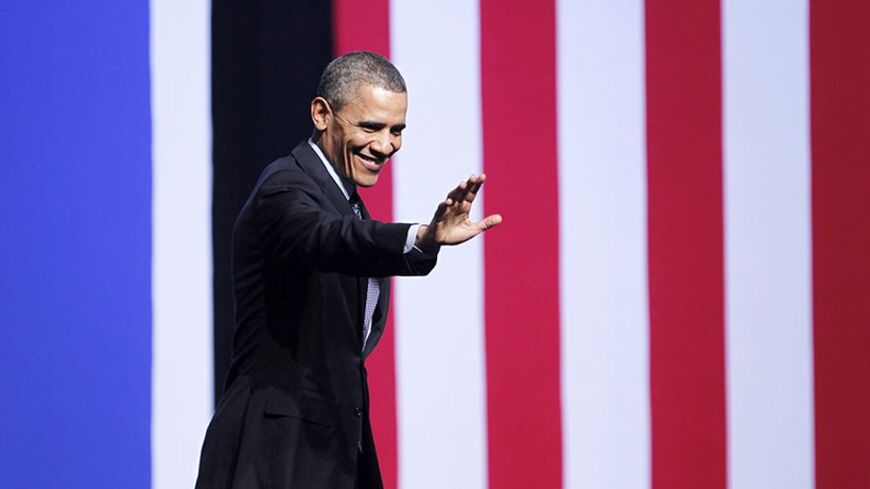 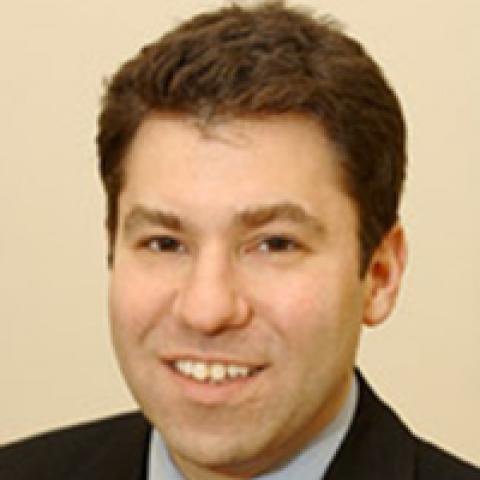 It has become an article of faith that President Barack Obama’s Middle East policy, along with the rest of his foreign policy, is adrift. According to a slew of would-be policymakers and pundits, the United States is “weak” and “feckless.” These criticisms are not exclusive to the Obama administration’s adversaries in Washington, but also routinely heard among officials and pundits in Abu Dhabi, Cairo, Jerusalem​ and Riyadh. Such critics believe that Washington has not “done enough” to meet the challenges of the region, portending disaster for America’s national security and its allies in the region. Has it really?

Calamity and misfortune may be the future of the Middle East, at least in the short run, but the region's problems are not the result of the White House’s policy choices. Lost among the complaints about what the administration is or is not doing and demands for leadership is an appreciation of just how difficult the region has become or what demonstrating “leadership” actually means.

The Obama administration has had its problems, no doubt. The White House got itself into trouble with its now-infamous Syrian “red line” on the use of chemical weapons, confusing friends and emboldening enemies. It is fair to say that since August-September 2013, when the administration reneged on its vow to respond to the Syrian regime’s use of such weapons, President Bashar al-Assad has prosecuted the civil war with even greater impunity.

In regard to Egypt, Washington has sought to split the difference between its strategic interests and efforts to hold leaders there accountable to their own democratic commitments as they engage in a harsh crackdown on the Muslim Brotherhood and all other dissenters. As a result, Washington's Egypt policy is muddled.

When it comes to prosecuting the war against terrorists, the White House’s overreliance on drones has led to the deaths of a number of civilians, needlessly antagonizing innocents and ensuring that generations of Yemenis and others will harbor resentment and anger toward the United States. Despite the administration's bold effort to reach a “grand bargain” with Iran, hard-liners in both Washington and Iran may still block a final deal from reaching fruition.

Even taking into account these problems, much of the Washington-based criticism is rooted in politics rather than an objective analysis of what is happening in the Middle East. After Tunisia's Zine El Abidine Ben Ali and Egypt's Hosni Mubarak fell and protests began in Bahrain, Libya, Yemen and Syria, Washington policy geeks and journalists began to ask if they were witnessing a Middle Eastern version of the Eastern and Central European revolutions of 1989 or maybe the Arab analogue to 1848’s Springtime of Nations. These are interesting analogies that may offer analysts some general insights about political change, but there is no precedent or policy playbook for the historic changes underway in the Arab world.

It has almost become a cliche that Arabs are engaged in battles over the hearts and soul of their countries, but that is precisely what is happening. The uprisings in Tunisia, Egypt, Yemen and Libya were successful in chasing long-time authoritarian leaders from power, but since then, the struggles to shape new and more just political orders have produced instability, uncertainty and violence. Even Tunisia, which pundits and analysts consider the most promising prospect for a democratic transition, confronts significant economic challenges that could threaten political progress.

Then there is Bahrain, which, with the help of Saudi Arabia and the United Arab Emirates (UAE), has suppressed demands for political change. The Bahraini leadership along with the Saudis and Emiratis clearly believe that these demands and the demonstrations that have accompanied them are part of an allegedly broad sectarian struggle playing out in the region. With the prevailing unstable circumstances in North Africa and the perception of threat in the Gulf, where local political actors think they are engaged in existential struggles, it is unclear how US “leadership” can alter the calculations of the Muslim Brotherhood, the Egyptian military, Libyan militias, the Bahraini ruling family or King Abdullah of Saudi Arabia.

To the administration’s critics, it seems that “leadership” means intervening in Syria, bombing Iran or extracting a better agreement from Tehran, squeezing the Egyptian military or supporting it (depending on where one stands), staying in Libya after NATO’s Operation Unified Protector or not, negotiating Israel-Palestinian peace or refraining from squandering already diminished US prestige on a conflict that has no solution.

Under the circumstances, White House officials can be forgiven for being confused about what its critics want the United States to do. Sen. John McCain, R-Ariz., wants to intervene in Syria, take a tougher line with Tehran, promote democracy in Egypt and support the Israelis at all times, while another fierce critic of the administration, Sen. Rand Paul, R-Ky., advocates precisely the opposite of McCain’s interventionist approach to the region. All the while, Democrats privately fret that the White House has allowed its opponents to frame the terms of debate and that many at home and abroad are beginning to believe that Washington’s power and prestige are actually waning.

Meanwhile, interlocutors from the Arab world have a hard time articulating how their own policies would change if Washington demonstrated the leadership they appear to be demanding. One is left to assume that being less feckless means supporting Saudi Arabia’s approach to regional challenges. Yet, standing shoulder to shoulder with Riyadh risks pulling Washington into Syria’s civil war in ways that the Obama administration has sought to avoid, knowing that direct intervention in Syria is broadly unpopular among Americans and recognizing the risks of getting caught up in someone else’s civil war from which an exit would be costly and bloody. In the meantime, the United States has contributed more than $5 billion to humanitarian relief, dwarfing contributions from the rest of the world.

Leadership on Iran apparently means extending Tehran’s regional isolation and threatening its nuclear program with destruction. King Abdullah had, according to Wikileaks, lobbied US officials to undertake military operations to destroy Tehran’s nuclear program. The Iranians have, of course, proven themselves to be malevolent actors in the region for decades, but neither isolation nor threats of force have managed to alter Tehran’s behavior. The Obama administration’s tough sanctions and willingness to act on the opportunity that Hassan Rouhani’s presidency represents have at least brought the Iranians to the negotiating table, which despite warranted skepticism about the possibility of reaching a deal, are far better than what would be risky and uncertain military operations. Still, this careful balancing act, which might produce significant breakthroughs, somehow remains feckless and reflects a lack of leadership according to critics at home and abroad.

It has become something of a “thing” for virtually everyone to bemoan the Obama administration’s Middle East policy, but upon close inspection, it is hard to figure out what all the hand wringing is about. It is true that Egypt is a mess, Libya is on the brink and Bahrain remains explosive, but those are outcomes entirely of Egyptian, Libyan and Bahraini making. The White House should, of course, speak out forcefully about human rights violations, but that is not likely to convince the violators to stop. This is a real limit of US power, but it is not a function of the Obama administration’s alleged weakness. It is not as if previous administrations were particularly successful in this area.

On the issues of core strategic and national interests, it is hard to argue with the administration’s record. The White House has avoided potentially costly and power-sapping conflicts in Syria and Iran, is exploring a diplomatic opening with Tehran that could produce significant benefits, continues to ensure Israeli security and maintains a robust military presence in the region to ensure the flow of energy resources and prevent any single power from dominating the region. What more do the critics want? 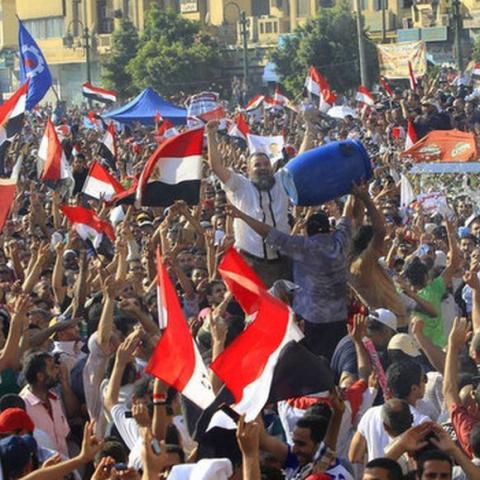 In Egypt, the Military Adopts Turkish Model to Check Morsi 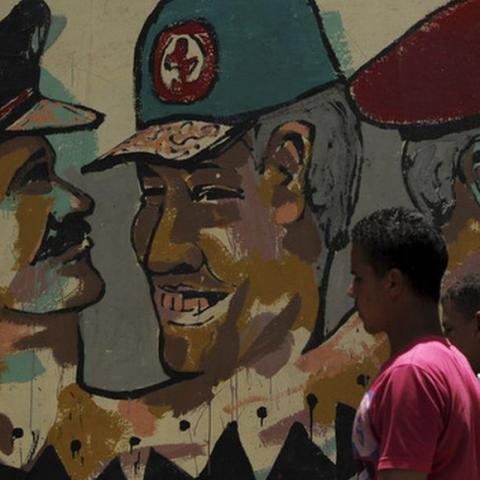 In Egypt, Lamentations Over a Lost Revolution